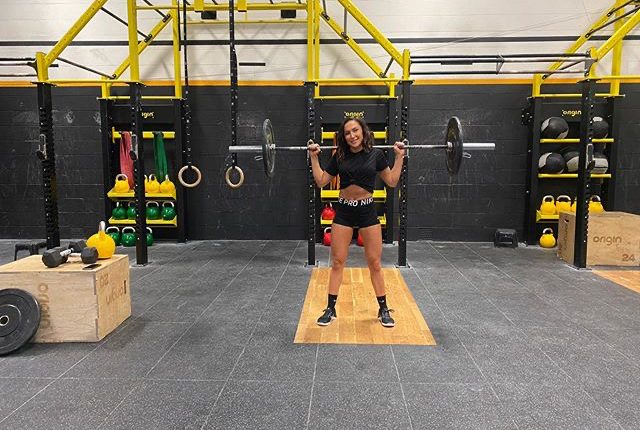 I’ve struggled with OCD thoughts since I was a young child.

They came and went over the years but at times it was all consuming. I couldn’t function socially, shutting myself in a room, finding a bathroom at work or Uni to think through these intrusive thoughts. I felt the need to go over and over them to prove to myself that I wasn’t going insane.  Believing this would help them go away when in fact it is the very thing that kept them alive and is a very common aspect of OCD (Obsessive Compulsive Disorder). 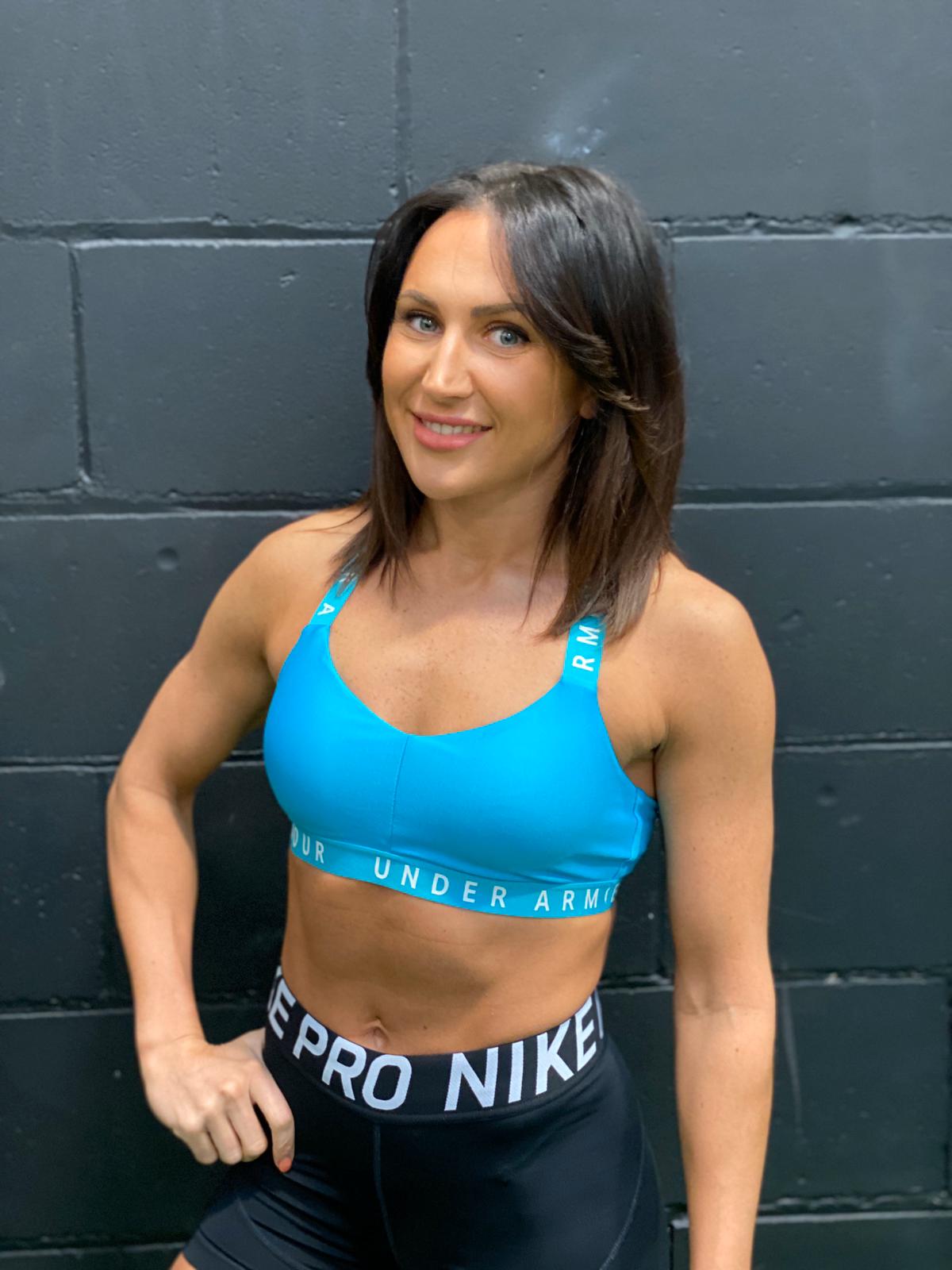 It often kicked in at times of my life when I was supposed to be having fun. Holidays, birthdays, Christmas. I would talk to family and friends about what I was going through and, although they were really supportive, it was so hard for them to relate.

During my twenties, my symptoms reached an all time peak whilst on shift in a retail store. I became so terrified of my own thoughts that I began to panic, instant blurred vision occurred and I was unable to walk straight from the dizziness. After leaving work that day, I realised that I’d had a panic attack. It was from then that I decided to try and seek help.

My first turning point was finding a forum online for other people suffering with OCD. It helped so much to know and to hear other people’s experiences of having (intrusive) OCD thoughts. I couldn’t believe that others were having the same terrifying experiences as me. Finally I knew I wasn’t alone. Whenever I was going through a bad time with my OCD, I would go back to the forum to read others’ stories. It helped me to cope for a short period of time, but unfortunately it always came back.

My first experience of CrossFit was in 2014.

I had started an account management job directly opposite a CrossFit gym and would watch people at lunchtime running along the road as part of their workout, looking absolutely exhausted. I was so intrigued and used to park outside the gym to see what was going on. I had never seen people exert themselves so much and I wanted to get involved.

So I drove over after work one day and introduced myself as a newbie. The session was a group workout that included 100 push ups, a mile run and another 100 push ups. Even though everything was scaled to my own capabilities making it (just) do-able, this type of intense training was not something I was used to at all. I struggled mentally and physically. I was the slowest in the class and my body was aching but when I completed it, I felt amazing.

From that first session back in 2014, excluding some very minor instances, my OCD has not returned.

From the moment you arrive you are met with people who instantly talk to you, 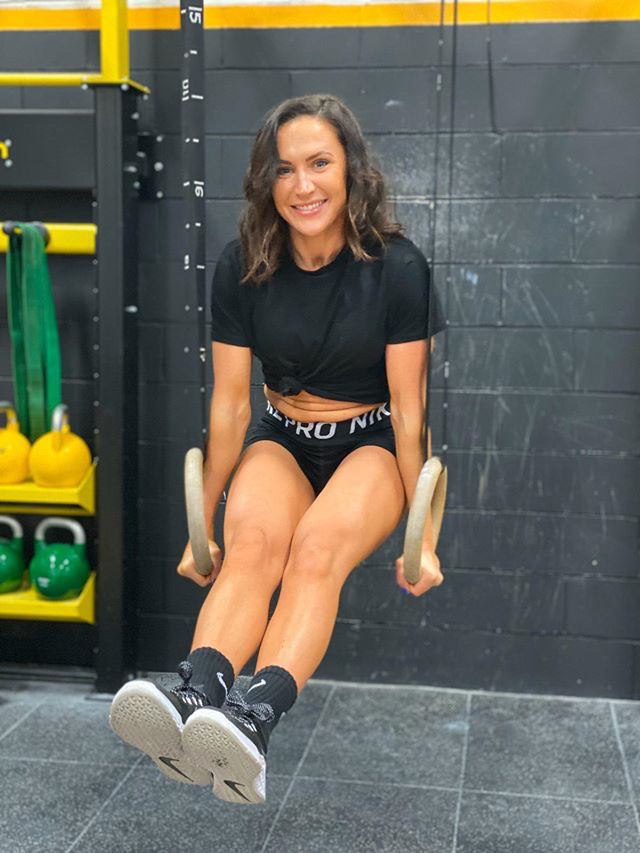 When I mention CrossFit to someone, I am often met with either a glazed look as they don’t know what it is or they instantly assume I am part of the ‘CrossFit Cult’.  The first thing to explain is that it is not the type of gym where you go to run on a treadmill with your headphones in making as little eye contact as possible! They are inherently communal.

From the moment you arrive to your first/100th/1000th session, you are met with people who instantly talk to you, asking if you’re new so they can introduce themselves or catching up about the weekend. The people that I have met in CrossFit gyms are now my friends for life. After the chit chat is over, it’s time for the session to begin. The sessions are often a mix of gymnastics, weightlifting and metabolic conditioning (cardio) and all abilities are welcome.

Each workout is scaled to the individual’s needs making it exciting and challenging. It’s also classed as ‘functional training’ as it uses movements that are similar to those we use in every day life.  The first 20 minutes are usually working on a skill/technique (this could be pull ups or a clean and jerk) then perhaps 20 minutes of strength training, followed by the WOD (workout of the day) – putting our new skills into a timed workout. This is a general class overview and each Box will be slightly different.

I have thought a lot about why CrossFit training has been key to controlling my OCD.

I think it boils down to being constantly challenged. In the beginning I was replacing my feelings of anxiety and self-doubt with a sense of achievement. But now, almost 6 years on, I still walk into the Box and think “Wow, I don’t think I can do that workout today, some of it looks too hard.” But by constantly proving to myself that I can succeed in things that seem impossible, I have developed immense self-belief. I now have the capacity to exert control over my thoughts and have the drive and motivation to reach my greatest goals. 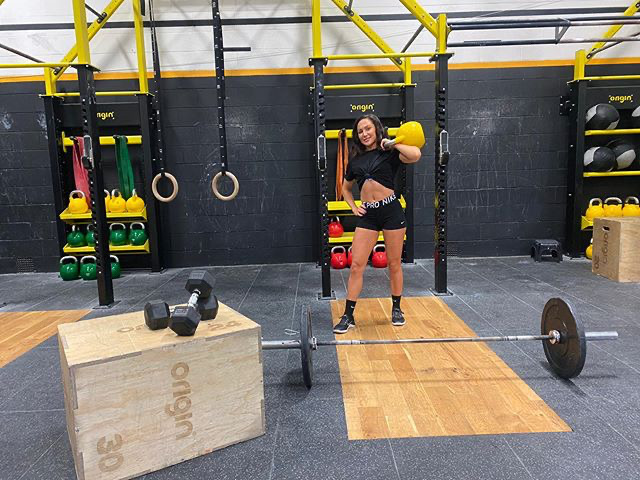 It is on this journey that I now have my  Level 3 Personal Training qualification and also my CrossFit level 1. In the past year I have also worked as a volunteer Personal Trainer within the NHS, Bolton Early Stage Intervention Team. They support those who have recently experienced their first episode of psychosis. I provided a free 10 session course as an introduction to CrossFit to help their service users get into/back into exercise after their diagnosis. A diagnosis that had often seriously disrupted their normal every day life and activities.

This is a peer led prospectus covering many aspects of mental health and how to support yourself or others around you who may he struggling. The talk that I give, along with an NHS dietician, is how to use exercise and nutrition to help mental health.

This month I finally quit my five year job as an account manager to pursue a full-time career in personal training. I am hopefully now on a path that helps others realise their full physical and mental potential through challenging exercise.