So, in a nutshell I’m a fashion photographer, illustrator and writer based in London, but we are so much more than our geographical location and profession.

I have been diagnosed with a cocktail of mental health diagnoses 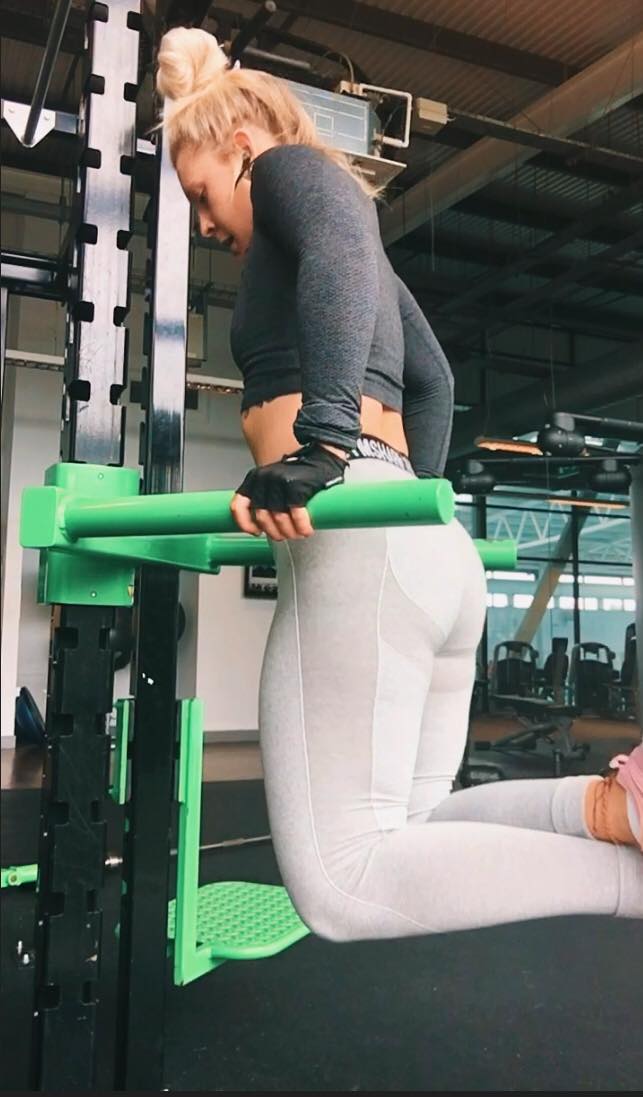 The most prominent of these is Borderline Personality Disorder. BPD is also known as Emotionally Unstable Personality Disorder. Scientifically the emotional part of my brain has been conditioned through a combination of nature and nurture to be more powerful than the logical part of my brain, so although this can be caused by chemical imbalances it is more often than not an emotional based illness.

On top of this I also battle with Obsessive Compulsive Disorder, cPTSD (which is a a complex form of PTSD meaning the trauma was from smaller, multiple occasions over time as opposed to one major life event), General Anxiety Disorder and Depression. During my lowest times I had some pretty dark thoughts and on three occasions I have attempted to act on them, thankfully unsuccessfully.

I considered myself a waste of a life as after my father died in 2013 I was left with nothing, I no longer had a family or a home and it reinforced my deep-rooted abandonment issues. This situation was essentially the final nail that caused a complete breakdown, I couldn’t get out of bed for nearly a year, I became aggressive, retreated from society and lost a number of friends. If it wasn’t for my closest friends who kept me afloat with houses to stay in and my boyfriend who worked insanely hard to be able to support me I don’t know where I would be now.

I couldn’t get out of bed for nearly a year, I became aggressive, retreated from society and lost a number of friends

I either had to give up or keep trying. Every time I got thrown back a million steps I had to use all my energy to drag myself back up again. I was also going through various types of talking therapy/counselling and on a high dosage of citalopram which was eventually changed to venlafaxine. I had begun to gain confidence with life again and in 2014 I set up my first business as a fashion photographer with the help of The Prince’s Trust. More importantly I also started to realise I needed something more than just work to keep me going and that’s where sport comes in.

I was not totally new to sport. Years before I played a lot of hockey at university and school and that feeling of being out on the pitch and part of a team was second to none. However I just wasn’t able to commit to the amount of time a team needs. My mental health wasn’t in a good way and I felt far too anxious to be expected to turn up to something two times a week when I didn’t know how I was going to feel any second of the day.

I’d heard somewhere that yoga was good for mental health

I’m already quite flexible I figured it might be something I could dabble in and be brave enough to try. I contacted a local yoga group. The teacher, Janine, was amazing. In my email I explained that I had anxiety and depression and I’d never done yoga before but I’d been told that it could help and could I come along. The sessions were in a memorial hall on a Monday morning and the general demographic were older ladies, this made me feel so comfortable. I didn’t feel a sense of competition and panic like I would when I played team sports, this was all about what YOU could do and you didn’t have to push yourself. She taught me breathing techniques, it gave me something to leave the house for and I used it to try and set myself up for the week. There’s something amazing about being in a room full of spiritual people all metaphorically (and sometimes literally!) lifting each other up. 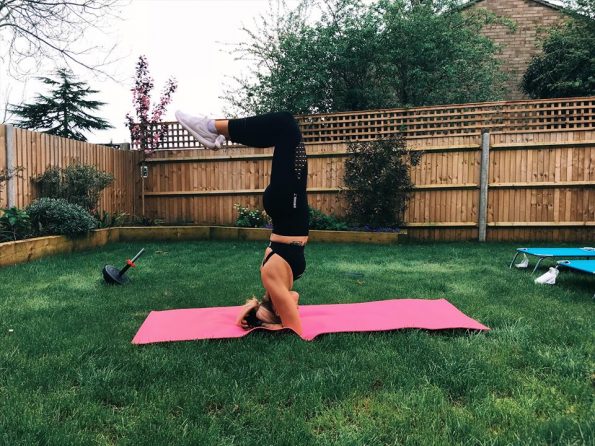 So yoga was a real turning point, giving me the confidence to exercise and be around people again.  I eventually branched off into trying pilates, swimming, running and strength training. All of which are currently part of my exercise routine with the occasional boxing session, and my god it helps to get the anger out, ha!

Alongside all of this I was also an outpatient of a mental health unit where I completed a 20 week STEPPS course which has a basis of Dialectical Behavioural Therapy – essentially emotion management, where you strip back all your emotions and relearn them! It was emotionally draining but having sport to turn to alongside it really did help. This was worlds away from the competitive team sports I was used to, or the hyped up diet plans I tried before. This made me finally accept that exercise wasn’t just used for physical attributes or for competing, it could be used for the mind. So I changed my relationship with exercise. I started going for my head, and my head alone.

So this leads me to now.

It’s April 2018 and I hit the gym consistently up to 5 times a week. I enjoy working out, I get butterflies thinking about going because I know that it’s my escape! Making a gym playlist knowing that I will associate that music with creating endorphins also helps me if I play it away from exercise, it’s like it triggers something in my brain to be able to focus!

Enjoy the journey, because once the exercise as therapy bug gets you, you’ll never look back

Don’t get me wrong I still have my dark days now, but I am essentially living life again! Not only that but coming off my tablets meant I had more energy, and in turn exercising gave me even more energy, I had life and felt alive again! On the days where exercise is the last thing I want to do, I remind myself that since I’ve come off my antidepressants (nearly two years ago) exercise has been my one constant to keep that serotonin moving around my little brain. My favourite saying is that you never regret a gym session, and often the sessions you didn’t want to do become your best ones!

If I don’t necessarily feel like being around people that day or I’m busy I’ll do a HIIT or yoga session at home, which is often entertaining as my dogs get forcibly involved. Ever tried doing yoga around a needy Chihuahua or two? It’s an experience, I assure you… 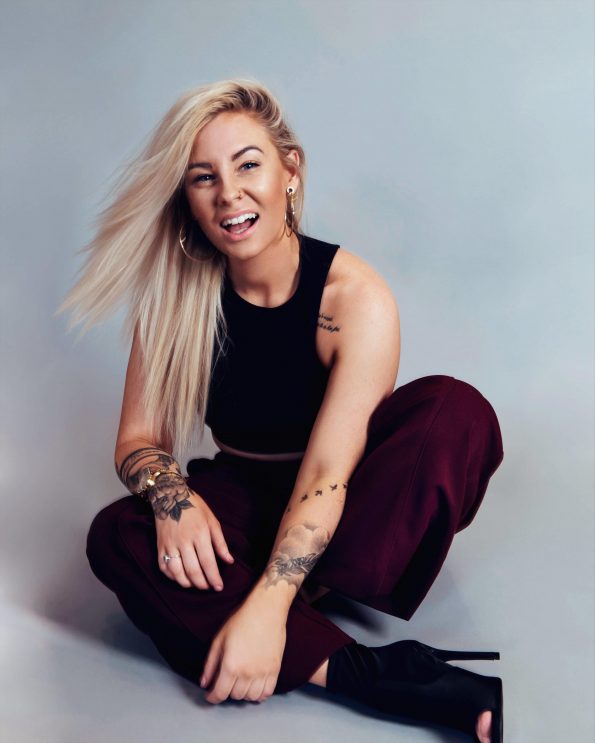 The emphasis here is on the word ‘improving’ because we cannot be ‘fixed’ by exercise. If I had a penny for every time someone told me I’d be fine if I just went out for a run…

But yes, it can improve your state of mind. You can also apply the same determination to achieve exercise goals to your own mental health recovery goals, for example every time you don’t think you can do something like a push up, or the splits and then you learn to do them, this made me realise that if I want my brain to work in a specific way then I must train it in the same way as I can train my body. I will have weaker days, I will have days where my muscles are sore and tired but the most important element both physically and mentally is to not give up. Find what works for you whether intense and competitive sport or slow paced individual journeys and you grab it with both hands and embrace it.

This is my story of how I used exercise and sport to regain control over my life. From death, grief and family estrangement to various mental health diagnoses, loneliness and self-employment, sport got me through and I promise that you will never regret putting yourself first, guilt free.

Enjoy the journey, because once the exercise as therapy bug gets you, you’ll never look back.

Elspeth is a fashion photographer, illustrator and writer based in London.

Riding Waves for Wellbeing with Resurface

The Power of Movement with Leon Taylor