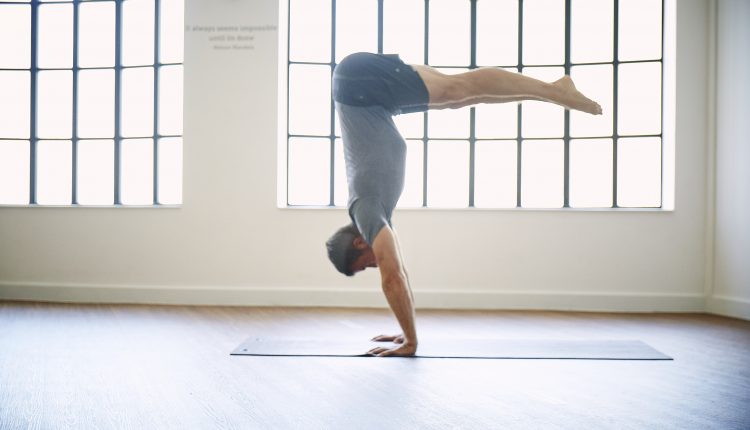 The Power of Movement with Leon Taylor

Leon Taylor is one of the most successful divers this country has ever produced, winning European, Commonwealth, World and Olympic medals.

A successful sporting career has been followed with success as a commentator, mentor and yoga instructor. We met in London and Leon’s physical and verbal energy is immediately apparent. He talks and moves with a focus and enthusiasm that you might expect from an Olympic diver and motivational speaker..

We discuss his hyperactivity, performance pressures on athletes, depression, retirement and of course the impact of movement on mental health.

From a very young age, you were labelled as a “problem child”. Why?

According to my parents, from the day I was born I wouldn’t stop crying. I needed constant attention and the only time I was calm was when I was being moved. The lack of sleep put immense pressure on my mum and dad who tried various techniques to manage the situation,  eventually resorting to help from the family doctor. The label he used was “problem child” and his only suggestion was drug intervention or some form of sedation to allow my parents to get some rest.

This wasn’t an acceptable solution so mum and dad opted for a more head on approach – let’s see if we can tire him out. They had me jumping in the baby bouncer, climbing all over the sofa, in the pool in my nappy,  rolling around in tumble-tots. Anything and everything to keep me constantly moving and eventually asleep. That was my introduction to movement. 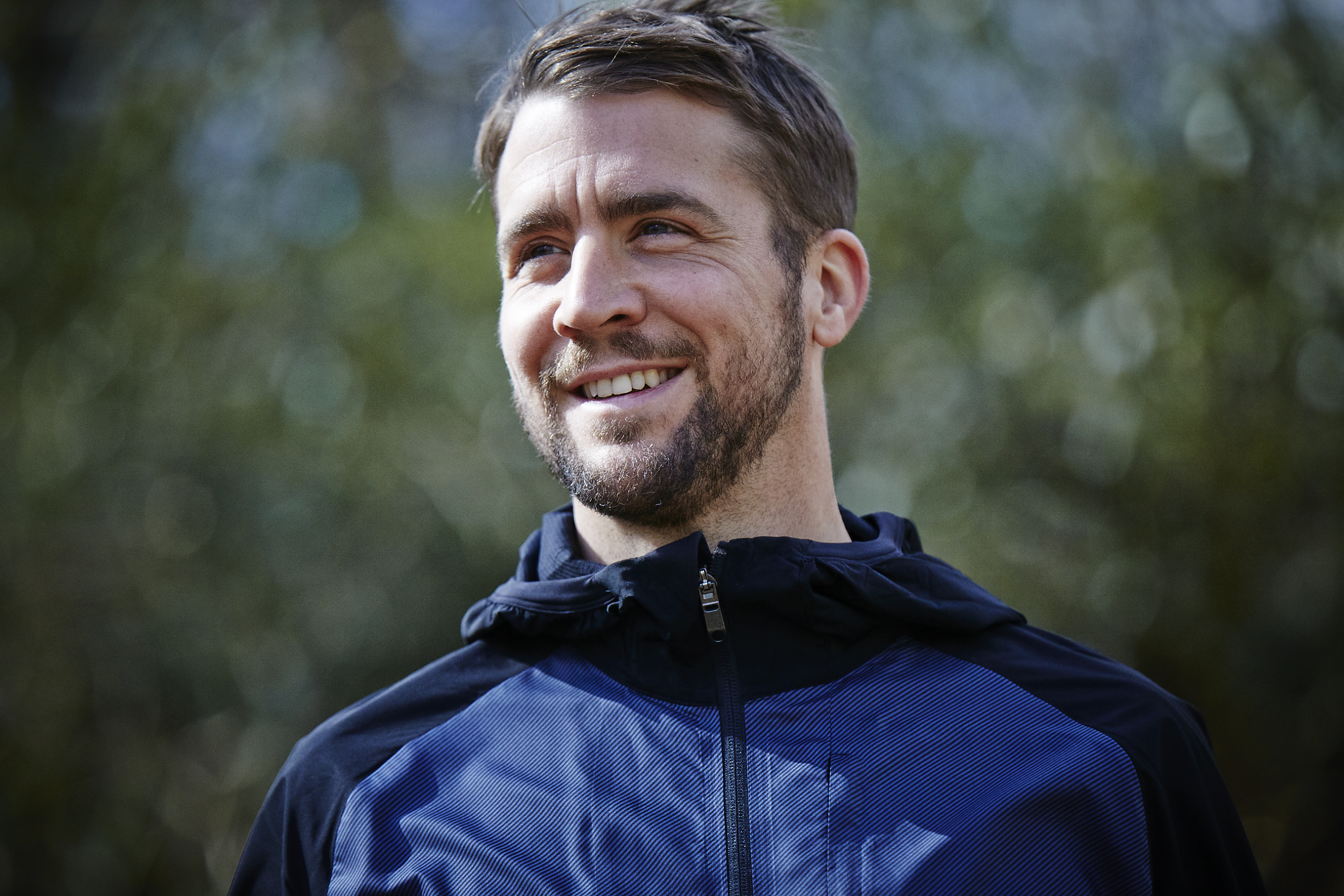 Do you look back on your school days with happy memories?

It was a challenging time for me because I was so disruptive. I was always in trouble both at home and at school. On reflection, it is quite sad as I just didn’t seem to fit in and what now might be diagnosed as ADHD was then badged as simple trouble making. But it was also the time that this constant need for movement was finally channelled into something more constructive – sport.

I had found something I loved doing – judo, rugby, football, swimming and gymnastics. Anything that was available in my local area and I thrived at them. My parents were able to gently use my love of sport to channel my behaviour more positively in other settings. If I was being disruptive they could take away my sporting privileges and I soon realised what was at stake.

At what point did diving become your primary focus?

By the time I was eleven I was competing at a national level for swimming, gymnastics and diving. I then won a gold medal at the national diving championships, so it became the main focus throughout my teenage years. By the time I was studying for A-levels, I was also in the US attempting to qualify for the first of my three Olympic Games.

There is growing concern about the pressure placed on elite athletes and the impact on their mental health. How did you cope with it?

To be in an Olympics at the age of eighteen, competing in a sport that you love was an incredible experience. At that point the pressures and expectations were just an exciting thing to wrestle with and I loved it. Whilst it wasn’t a professional sport, funding soon became available through the National Lottery and that created a very different landscape. Suddenly there was a higher level of accountability and I had to modify my behaviours and take it more seriously. I had to start saying no to things that my friends were doing because of my commitment to the sport. The dynamic was starting to change and that was a really interesting time in sport. 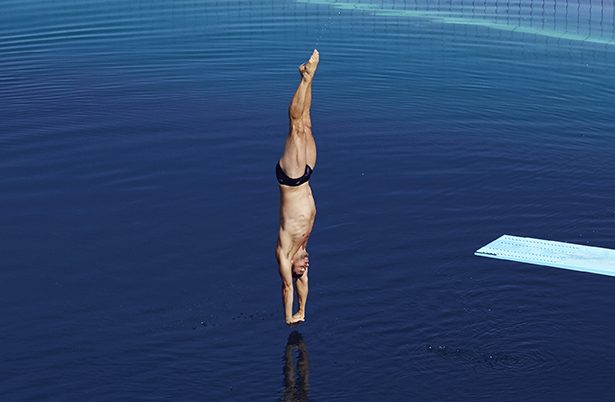 The exhilaration of competing in Atlanta ’96 was followed by a 4th place in Sydney 2000. In a sport where judging is so subjective, to come that close to a medal is absolutely heartbreaking and was a unique challenge of my mental toughness and resilience. Without the right support, these situations can have a major impact on your happiness and mental health.

You have openly described a depressive episode which followed the Sydney Olympics. How did that evolve?

I had reconstructive shoulder surgery which was ultimately unsuccessful and,  despite a lengthy rehab period, I needed another reconstruction operation. During this period, I fell into what I can only describe as a mental ditch. I would meet with my performance psychologist and lie saying I was fine when I really wasn’t. I withdrew from my friends and family, I rarely smiled but I was still putting huge pressure on myself to train and recover.

Eventually the wheels came off and I was ready to give up. I remember sitting hunched over by the pool with tears rolling down my face. A dear friend and mentor asked me “Why this sport of diving, Leon?” I mumbled “because I enjoy it”. He replied “then why haven’t I seen you smile for the last eight months?”

That conversation sparked a turning point for me as I made one small change, I turned up to training with a smile on my face. Originally it was a fake smile, but if you change your physiology, even through smiling, it can change what happens neurochemically in your brain and slowly my mindset started to change. Within a number of weeks, I was on the Commonwealth Games podium in Manchester with a silver medal round my neck and a completely new approach to the sport.

My attitude ahead of my final Olympic games in 2004 was more performance focussed with a much stronger awareness of my mental wellness and my happiness. A very different experience. I had watched the Olympics on the TV when I was 6 years old,  20 years later I was stood on the podium with an Olympic silver medal round my neck. 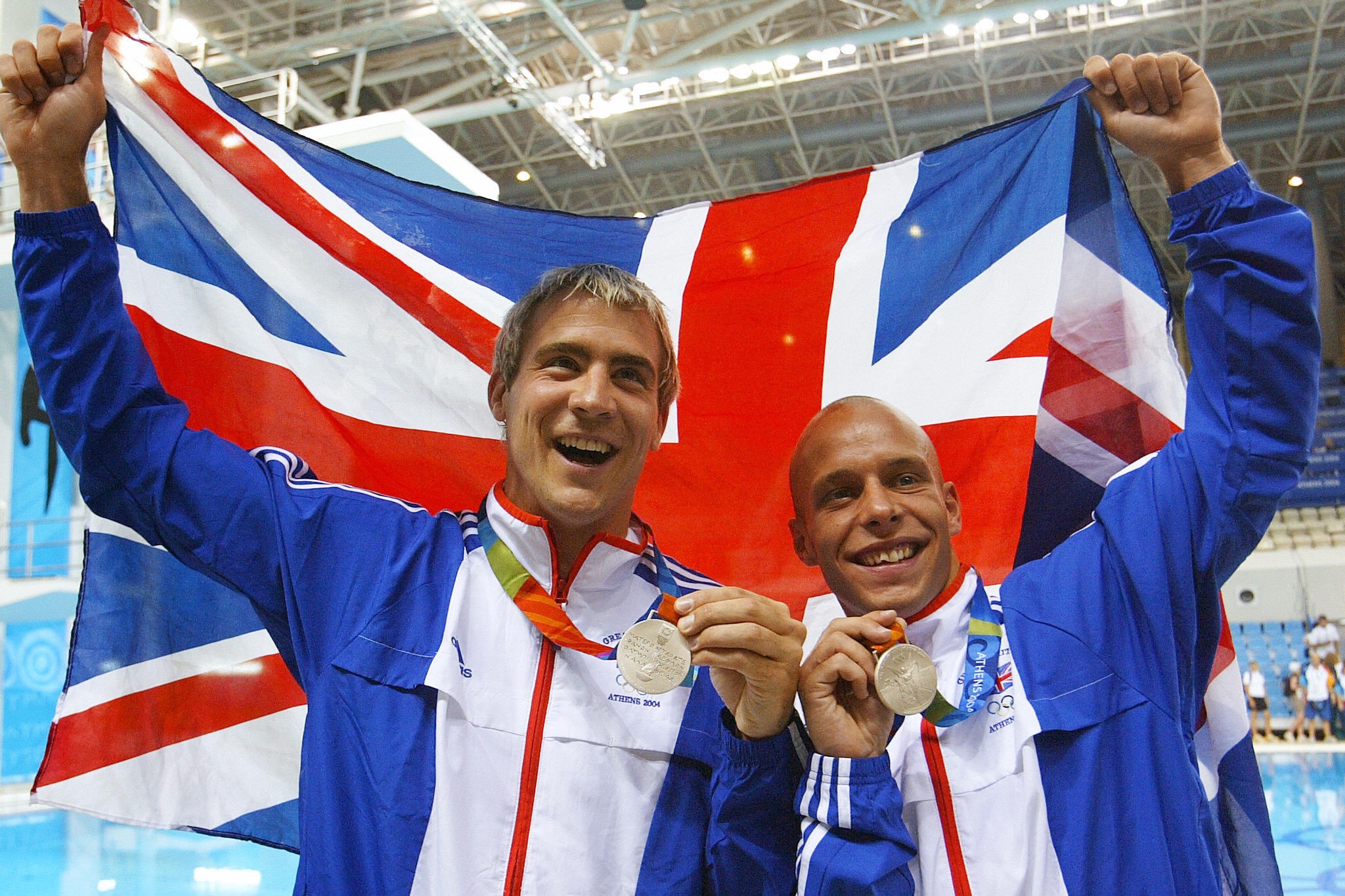 Several athletes have experienced mental health difficulties following retirement. Is that something that affected you?

I was grateful to have worked with sport psychologists who helped me through that transition phase. It was about unpicking my identity and figuring out who I was beyond just an Olympic athlete. My retirement wasn’t a surprise so I was reasonably well prepared for the end. I had already starting building networks, dabbling with commentary work and being proactive at developing new skills. I had also been sensible with my finances so the transition was manageable.

Initially you miss the spotlight but there was also something liberating about moving from a very structured existence to being able to say yes to new opportunities. The London Olympics was also in development so I was able to maintain engagement with the sport through that process too.

Your need for movement was obviously satisfied through training and competing. How did you replace that after retiring?

I had done a significant amount of damage to my body through my career, specifically my lower back and I was in chronic pain. The medical team suggested I tried yoga to re-balance my body and so I focussed heavily on that. It was quite life changing as within six months I was pain-free for the first time in seven years and that gave me a solid foundation to start to move in other ways. It gave me the freedom to start running and incorporating new challenges which have included the London marathon and an Ironman. Yoga is still my passion and my partner founded Yogahaven which runs teacher training internationally and domestically.

Did yoga spark your research into the relationship between movement and mental health?

Through yoga I had physically healed my broken body and removed all pain, but this process also transformed my well-being. I found myself calmer, more patient and less frustrated with life. It has given me the ability to slow down and to build a meditation practice which has been transformative for someone who essentially is still a “problem child”.

Yoga means different things for different people. There are many individuals I see who have been physically, mentally or emotionally broken and yoga has been fundamental to their recovery because it was done regularly and with the right intent. But yoga is just one form of movement or exercise, people have to find the right movement to suit their needs and their situation.

Why does exercise change mental health?

The first is the short-term disruption of the build up of stress. Getting up from your desk, having a walk, pulling your shoulders back, anything to trigger that neurochemical change. Whilst that isn’t good enough to improve your physical fitness, it is good enough to disrupt your mental state. Whether that is stress, workload or mild depression all with the potential to develop into more serious mental health issues.

The second one is the more physical movement. This doesn’t need to be exercise, it just means move more. It could be take the stairs, get off the bus early on the way to work, cycle to work, go to the gym, a little jog. It really doesn’t matter what it is. If you’re physically moving more, then you get long-term benefits of the brain changing, the improved self-esteem and all the other advantages that are well known. It has been scientifically proven and anecdotally we all know that we often feel better after moving physically.

So my message is to start moving, then find the movement that fills you with joy accepting that it will be different for everyone.

The statement that exercise improves mental health is proven, but exercise does not always feel achievable for someone who is struggling.

Everything becomes more manageable if you break it down into its component parts. What do you enjoy when it comes to movement? What have you done in the past? What would you like to do in the future? So what would be the first step in that direction?

If someone can’t leave the house, can they get out of bed. If you can get out of bed, can you walk around a little.  Perhaps transition to a few simple exercises before you brush your teeth. Small steps and see how that feels.

It’s about acknowledging the person’s circumstances and then creating a level of curiosity and exploration of what they could do. Remove the expectation that you’ve got to get outside and you’ve got to go running. Just find something that could boost you a little bit, that takes you from where you are now to somewhere new. 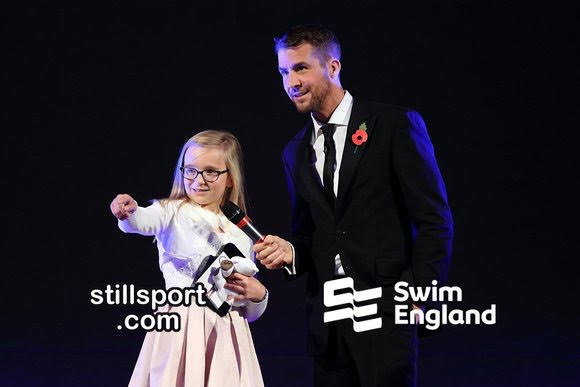 So how are you managing that inner “problem child” these days?

If I don’t move physically, I’ll become frustrated, anxious and short-tempered, but I know what I need to do in order to manage my energy, my behaviour and my state. I suppose I am self-managing what my parents had to manage when I was young, but I have many avenues to expand my energy now. I also structure it so that I’m training for something which brings accountability and commitment.

Nothing grows unless it is based on a foundation of wellness.

As an athlete I had a program to follow. I just got on with it and ignored the emotions that came with it. If all of the signals from my body were saying you’re tired, you’re fatigued or you’re hurting, I would just push through. Eventually I would get ill or injured and live my life in that way.

Now if I wake up feeling tired, I analyse why that might be – is it diet, sleep, exercise, stress? Only then can I decide how best to correct that. I am more focused on performance, whether that is business or sport as nothing grows unless it is based on a foundation of wellness.