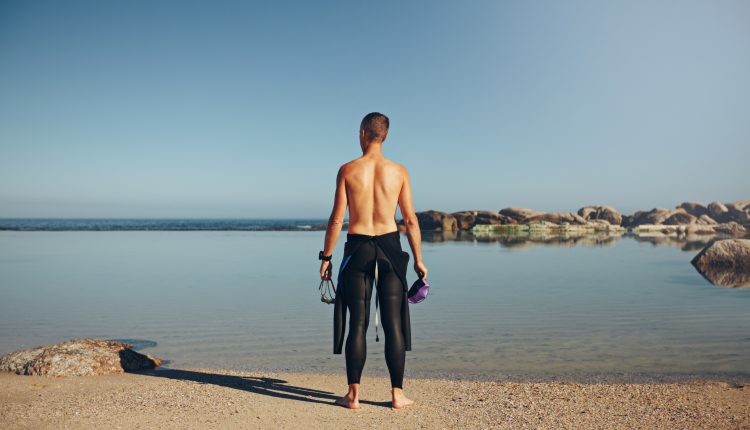 A six year battle with Lymphoma which finally ended in an intensive care unit as we ran out of treatment options and the list of side effects became insurmountable. You might think those six years would prepare you for the end, but somehow they didn’t. We never gave up hope because he never did, he just kept battling away convinced he would beat it. So when my Dad finally whispered that enough was enough and the consultant nodded in agreement, my world fell apart. It was the right decision, but those last 24 hours were traumatic as he said goodbye to everyone he loved and we kept our promise to be there until the very end.

The two weeks that followed were a complete blur.

Phone calls, texts, cards, flowers and funeral directors. Everyone tells you to get through the funeral and then you can start to process what has happened but normal life resumed almost immediately afterwards. I remember emailing my manager to say “I’ll be back to work next week probably better to keep busy”. But life was too busy. Too busy to find time to process what had just happened.

I daren’t focus on it at work because I have a team to manage and deadlines to meet. I come home from work each day to help my wife look after our three young girls. I don’t open up in the pub, because I am a bloke surrounded by other blokes, in a pub! So the thoughts just sit inside you slowly buried under the increasing pile of responsibilities that are “normal life”.

You leave the water feeling elated and rejuvenated. It is not a 10 minute rush, it can stay with you for the rest of the day and beyond.

I’ve read about the five stages of grief and the first is denial. I wasn’t in denial. I was desperate to process what had just happened, but I simply couldn’t find the time and space to take it all in. That is, until I was reminded that before this all happened, I had agreed to swim 10 miles!

Two years earlier a series of injuries made me abandon my little dream of running a marathon.

Knee problems and shin splints always stopped me progressing. I decided to switch to swimming. It started with a couple of pool sessions each week to maintain overall fitness and delay the inevitable middle aged spread! Initially just 30 lengths, but that quickly increased to 50 lengths. Eventually 100 lengths became a standard session until I finally signed up for the annual swimathon, a 5km pool swim. Spending more time in the pool introduced me to more swimmers and triathletes and eventually the world of open water swimming and I loved it. Evening sea swims, early morning lake swims and the odd open water event. In 2016, I swam the River Dart, an iconic 10km swim event organised by the Outdoor Swimming Society. In 2017, I agreed to swim the 10.5 miles of Lake Windermere. 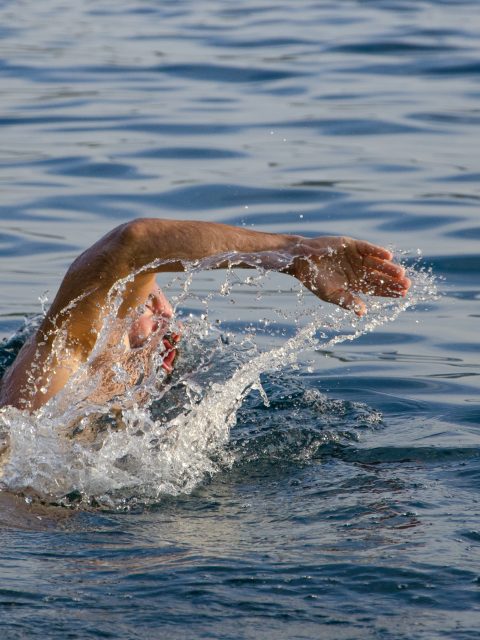 So with six months to go, I restarted my training plan.

Back to the pool, the sea and the lakes. As my fitness levels improved and my technique became (slightly) more efficient, my priority was to increase my time in the water to improve my endurance and ability to cope with the water temperature. Those long sessions provided so much more. They became my opportunity to think, to process what had happened and finally to grieve.

During a long swim, I have always found a period when your body is on auto-pilot. You no longer have to think about your technique, your stroke efficiency or your breathing, it all just flows. Especially in a lake, which can be perfectly calm except for the ripples you create behind you. It is at that point, that my mind feels clear, uncluttered and focussed. That is when I could allow the thoughts of my Dad to flood in. An opportunity to relive them, process them and wallow in them. I don’t know which stage of grief that is, but it felt like progress.

The outdoors, the cold, the water and the increased heart rate all trigger a powerful endorphin rush. It provides a sense of euphoria which ensures that no matter how painful the physical or mental process, you leave the water feeling elated and rejuvenated. It is not a 10 minute rush, it can stay with you for the rest of the day and beyond. It is an addiction and I have no doubt it helped me frame those emotional sessions with a positive outlook, just like my Dad.

I swam across Lake Windermere.

The six hour swim was an incredible experience shared with my training partner and one of my best mates in his support kayak. It was a huge physical achievement for me and a positive milestone in an incredibly tough year. My swimming journey has only just begun, quite simply I need to keep swimming, it plays an essential part in my physical and mental health. I know there is more grieving to be done, but I found a way to get through the first hurdle. 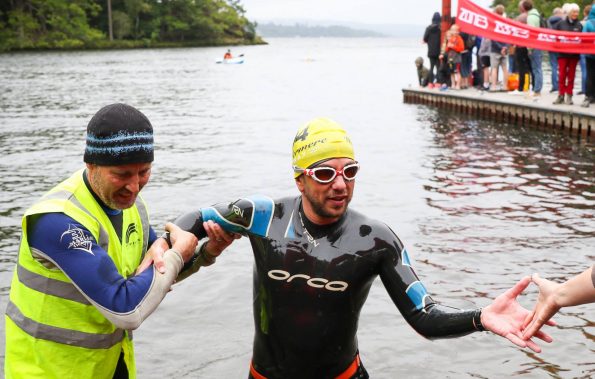 Swimming the Pain Away

Movement and the Mind with Dr Lucy Loveday