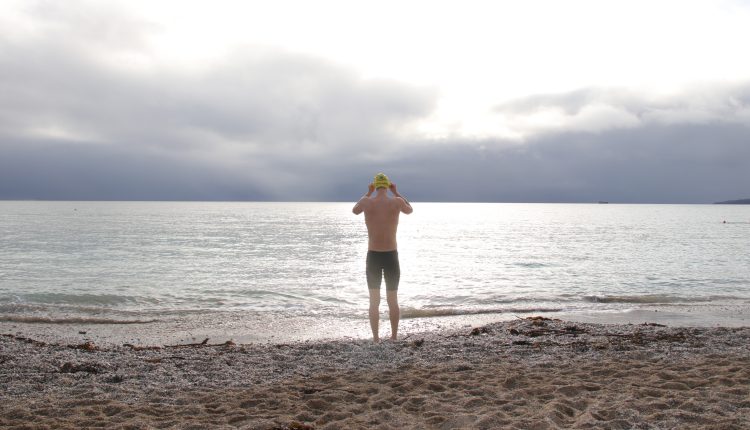 In August 2015, after a long-term struggle with mental illness and substance abuse issues, my brother John Fisher sadly took his own life. It is now four years later and I have just completed a swim across the English Channel in his memory, raising money and awareness for the charity Rethink Mental illness.

Shortly after John passed away, I started a Zoology degree at the University of Exeter.

It was a tumultuous time for me filled with so many ups and downs. I fluctuated between feeling quite low, but then having lots of happy experiences which made me feel guilty. I felt bad for enjoying myself, when I should have been grieving. This fluctuated with frustration about feeling this way, when I should be making the most of my University experience. All of these emotions eventually culminated in a denial of the whole situation.

This denial felt most apparent during my year abroad, studying in Tasmania. Not accepting or processing an experience like this eventually grinds you down. That is when I resolved to take on the challenge I had always thought about – swimming the English Channel.

For a challenge like this, it is really important to have a strong reason “why”

Having a physical pursuit, really helped to focus all this energy into something constructive. I had already taken up surfing whilst a student and this had proved to be a great outlet. I simply love being in the water and in nature, whilst being able to challenge myself physically and mentally. It was great fun and with it came great camaraderie.

So during my final year of university, I started my channel training.

Even before my brother passed away, this was something I had always wanted to do. My friend James Heslington had managed to swim the English Channel in his final year, which gave me the belief that this was possible. Despite always liking swimming and being in open water, I had never really been a competitive swimmer. James’ first piece of advice was to just book my slot with a boat pilot, then I would be committed. He gave me a loose, but comprehensive training guide. This proved so beneficial and I would recommend making a basic structure like this for any physical challenge. 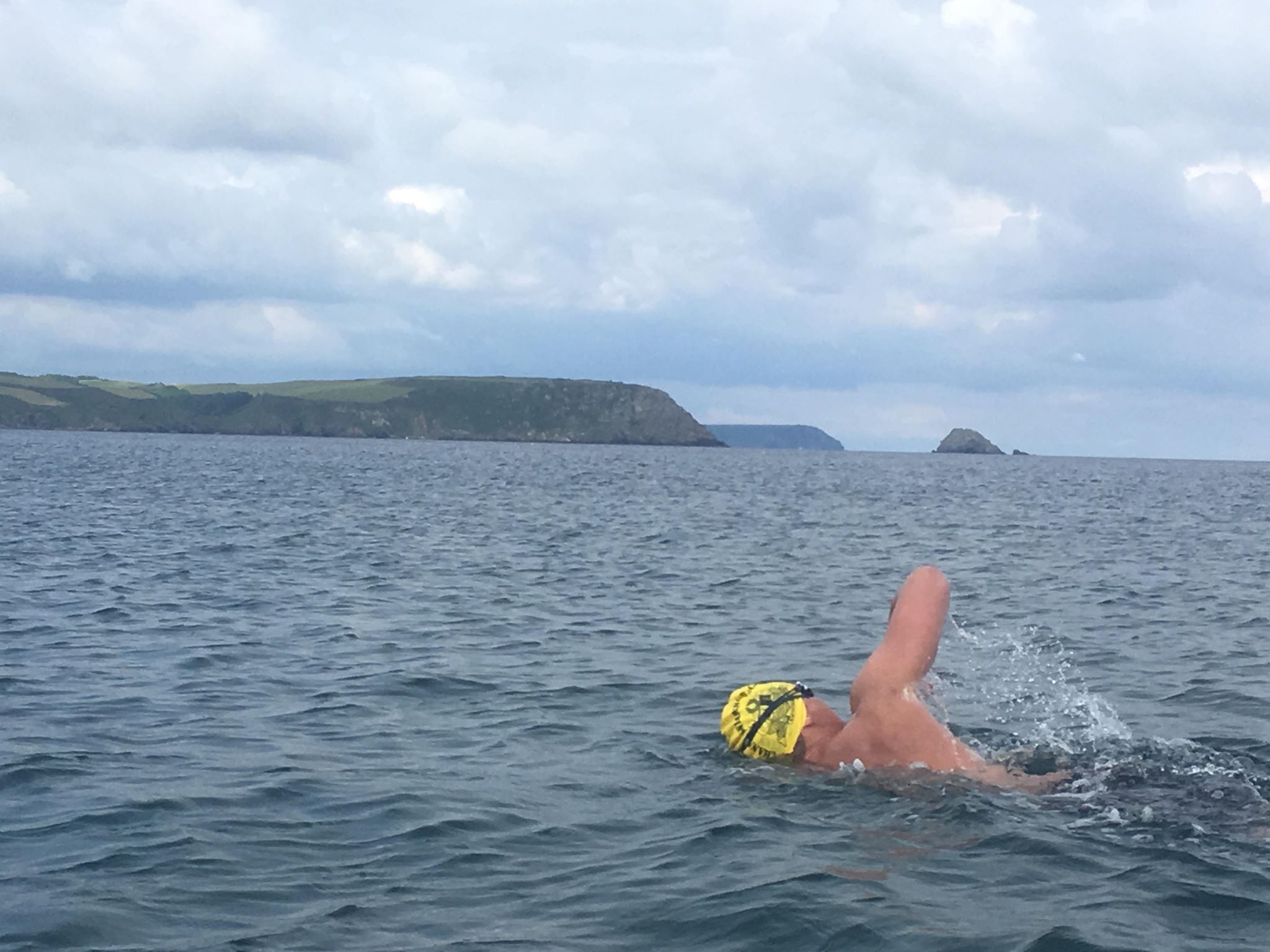 Looking back on my training, I enjoyed every sea session especially with a local surf lifesaving club. I prefer being in the open water, but for some months I needed to be in the pool every day, just doing laps. What really helped me to carry on was reading the success stories and tips from other channel swimmers. They helped me to truly believe this swim was going to be possible. For a challenge like this, it is so  important to have a strong reason why, so when you feel like quitting, it is worth so much more to you to carry on.

You also need to listen to your body as it is easy to burn out.

There were times I did other forms of training or even took a break from swimming altogether to avoid burnout. You need to feel like you are enjoying yourself or that the hard  work is worthwhile. If you don’t feel this, then there is no harm in taking a short break from training. It is also helpful mentally to take each swim as it comes.  not to focus on the bigger picture but to just enjoy the journey. I often thought the hard part was more the turning up, for example to a 4:30am ten-hour training swim, but once you get there, you are committed. Visualising it like a journey enables you to always see the training as progress. Seeing how far you have come, not what you have left to go. 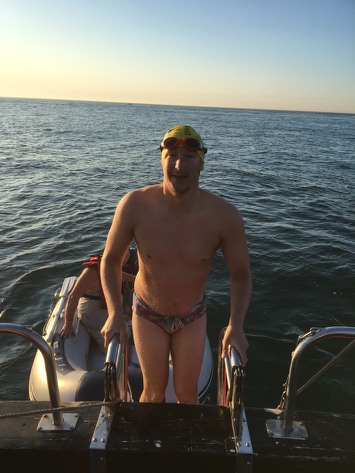 I was tense during my taper leading up to the actual swim. The weather was awful, so I tried to engage in a lot of displacement activity. I did feel incredibly ready though and I calmed myself by focusing on the successful aspects of the training, knowing I would give it my best and that whatever happened, I simply would not quit. Fortunately, on my swim day, the sea was the calmest I had ever seen it and the sun was blazing. Everything just fell into place and for those first six hours I felt blissfully happy. However, the last four hours became incredibly tough due to the difficult tides. I was overwhelmed by the support from friends, family and some very kind strangers too. This meant a great deal to me, really helping me to keep going and dig deep in those vital moments. I thought about my brother a lot during the swim –  there was a part where I imagined him being right beside me.

Finally seeing sand and rocks beneath me as I approached Cap Griz Nez (where most swimmers land in France), I felt elated and just incredibly relieved. All the hard work and effort felt so worthwhile for that moment. Looking at my fundraiser now it gives me a huge sense of satisfaction to see I have raised over £10,000 for the charity. I can’t believe how far I have come since being able to last only 35 minutes in open water, whilst just wearing Christmas pants!

The advice I would give to anyone wanting to take on a big challenge is just give it a go.

Simply by doing so, you will move a long way from what you previously thought was possible. Belief in your ability, mixed with a healthy pinch of self-doubt and a positive outlook is often all you need. I also believe it pays to practice gratitude. It is not easy when you are caught up in the moment with so much going on, but there is always something to be grateful for. I like trying to see the positives in every situation. Whilst this is difficult sometimes, just trying to be positive has really helped me.

Aside from physical exercise, what has really helped me is just to listen and appreciate other people’s stories. It quickly became apparent to me at uni, that although not exactly the same, many people have gone through similar tough experiences. There is real solidarity in this and it is very cathartic to share with each other as much as you are comfortable with. In helping others by listening, it can also help you. It certainly helped me work out what was going through my mind. Whatever you are going through, you may feel that you can go it alone. This may be true, but it will be quicker, easier and more enjoyable if you include others. Having support throughout my challenge has made a tremendous difference to my outlook on life. 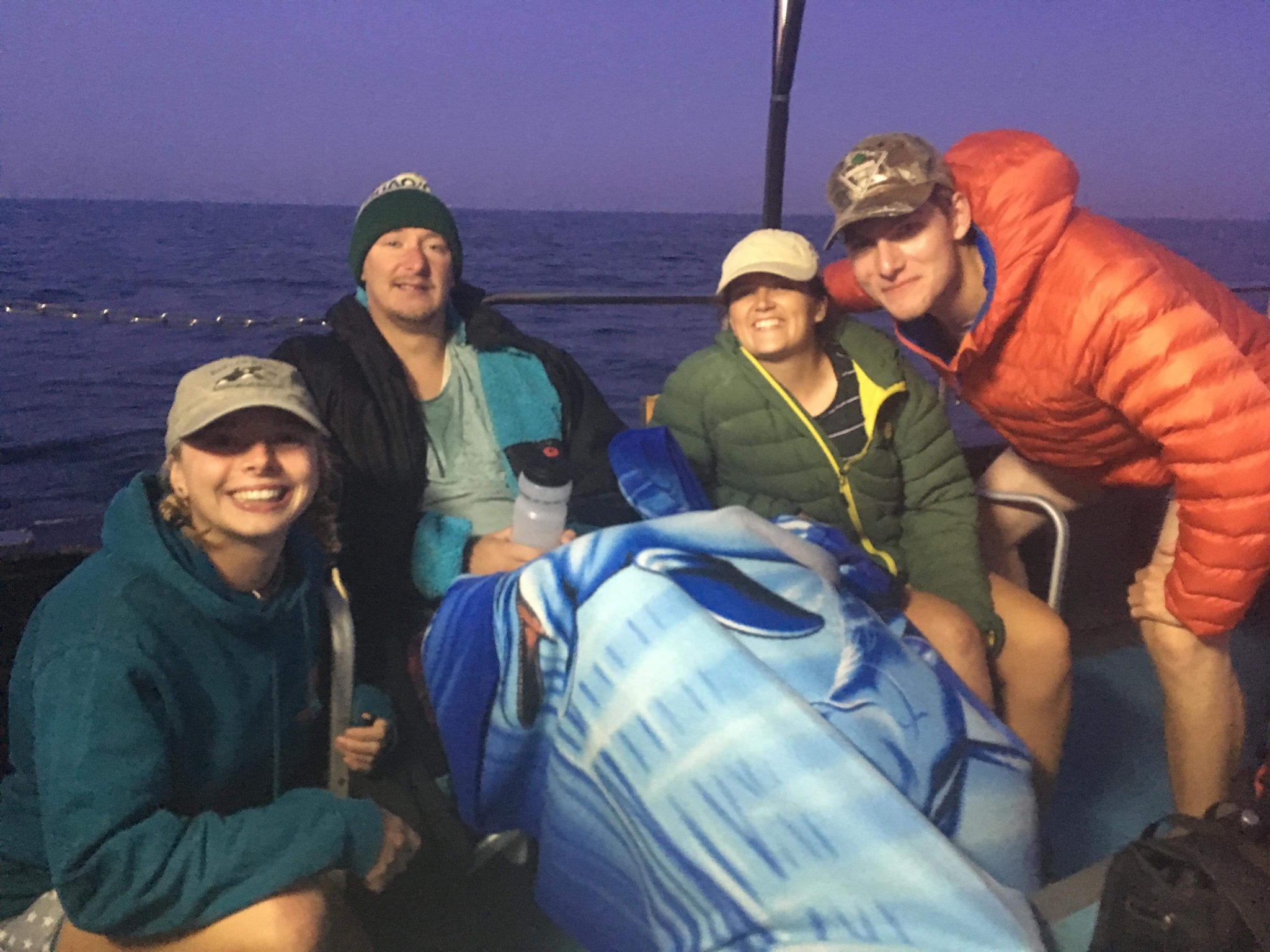 Robin is a zoology student and English channel swimmer