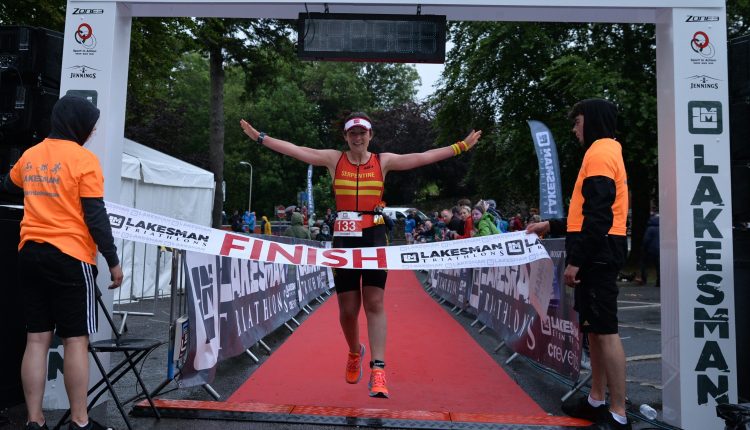 If you had asked me five years ago if I would move my body across 140.6 miles and then wolf down a steak and chips at the finish line of an ironman I would have laughed. Back then I was in the dark abyss of anorexia, a place I’d tried to get out of previously before being sucked back in again.

I knew something was not quite right with my eating habits when I was just 14.

I started to get an urge to control my portion size and food from strict thoughts in my head. I never thought I would be suffering over 10 years later, a decade of restricted eating and missed opportunities. I lost my period, felt dizzy and faint, had constant bruising on my body, lost hair, had severe stomach pains, and suffered from constipation. It’s not quite the quest for ‘thinness’ the media often portrays; the side effects are heartbreaking for sufferers.

During the early years of anorexia I wasn’t very sporty, focusing instead on my academic pursuits. After moving to London I started running and after a couple of years moved into the world of triathlon. I was increasing the amount of exercise I was doing but still living in anorexia’s tight grasp with the voice telling me to restrict and control my food. As I’ve come to understand, from speaking with other runners, this is far too common occurrence. Eating disorders and running are a regular and dangerous relationship.

As an anorexic runner I was balancing on a knife edge. Despite often fainting and always feeling tired, I could run and carried on regardless

We live too much in the present, pursuing short term goals such as the next marathon or chasing down a personal best, instead of reviewing the damage we’re doing to our body by under-fuelling and starving ourselves over years to remain at a certain ‘goal’ weight.

I found myself torn between wanting to get healthier and recover from anorexia, and staying at an unhealthy weight. It just didn’t seem rational (in my mind) to eat more when I was still running, uninjured and getting faster by the day.

I think uninjured is the buzz word. It seems that we always leave it too late before taking action.As an anorexic runner I was balancing on a knife edge. Despite often fainting and always feeling tired, I could run and carried on regardless. When I got injured I lost control. Suddenly my mind was kicking off in all directions, I had no idea what to do in order to keep weight off when not running.

Recovering from an eating disorder is very difficult.

Anorexia has control as we fear getting healthier, it’s clear for us this means putting on weight. Recovery is one of the hardest things I’ve ever done. While I recovered to a normal weight and my body found it’s strength again, my mind was weak and fragile. If something went wrong in my personal life and I felt like I lost control I would starve myself, punishing my body for no reason. Despite everything I had been through over the past decade, anorexia was still my go-to place when things got tough. I needed to fight this for good.

However, I could never fight anorexia alone. I needed a supportive group of family and friends around me. For me, sport has been more than simply exercising to keep fit. It’s connected me with lots of like minded people at parkrun and in my running and cycling clubs; it’s introduced me to my boyfriend; and welcomed my parents back into running, something we now share together and enjoy. It’s become a life choice rather than a way to keep my weight down. 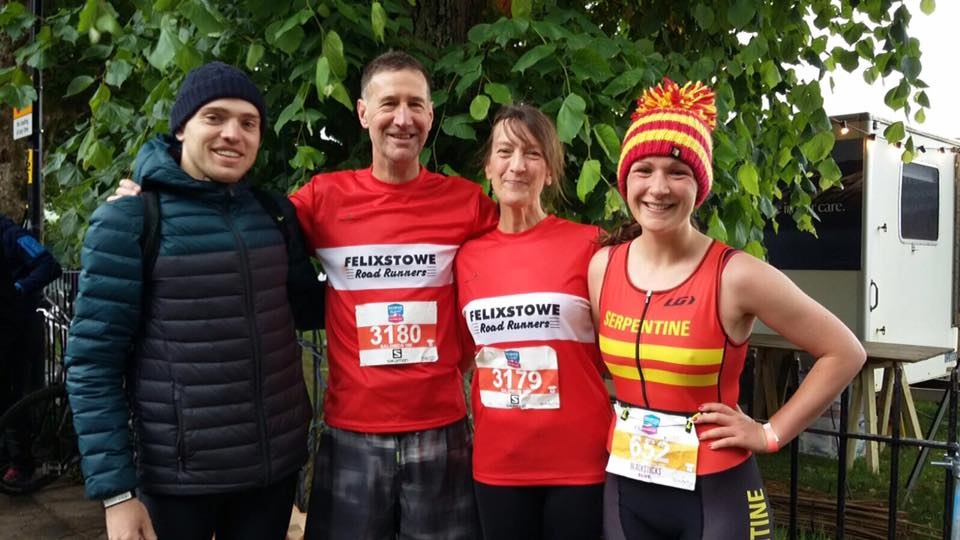 Over the past two years I’ve slowly but surely recovered to a healthy weight and developed a more positive mindset towards food. There’s always bumps in the road but it’s another chance me to learn and test my recovery. The more I’ve nourished my body and varied my plate for breakfast, lunch and dinner the stronger I’ve become across swim, bike and run. It was then a rather ridiculous step to decide to enter an iron-distance triathlon as a recovering anorexic.

During the early days of my training I thought I might have got myself in too deep.

My running, swimming and cycling was fine but my ability to eat was letting me down. I would bonk on the bike, find it hard to finish a swim session, or blow early during a speedy run. I knew food was the answer and I wanted to improve my nutrition but I genuinely did not know how to eat properly.

I worked with a nutritionist and noticed the difference immediately. Like some kind of freak science I realised that food was fuel. Okay, everyone had been telling me that for years but I needed to discover this for myself. I was geeking out over new foods, reading up on strange grains I’d never heard of, and tasting everything without fear. If anything this was the biggest breakthrough of my recovery, and it came at the most crucial time before the ironman.

Everything fell into place at the same time: my nutrition was bang on, my running came back and I felt faster than ever, and my cycling and swimming were strong. Nutrition is the fourth discipline of triathlon. I can’t imagine going back to disordered habits but I always know my eating disorder and mental health is something I will need to manage and monitor carefully. 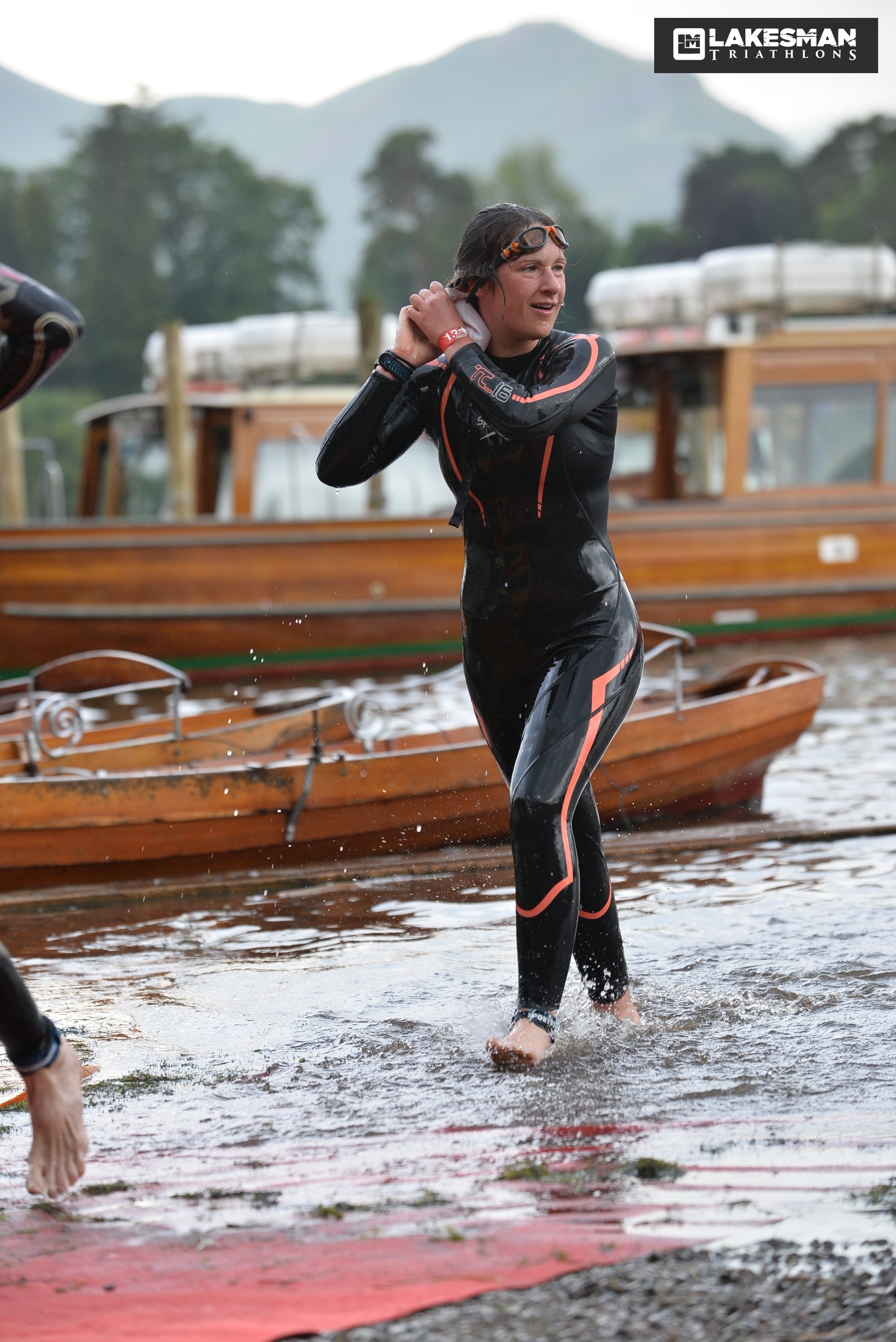 Last month my recovery from anorexia reached its biggest test – an iron-distance triathlon at The Lakesman in Keswick (2.4 mile swim, 112 mile ride, 26.2 mile run). I was ready and my body had healed after 10 years of an eating disorder. I was now just aiming to try and reach the finish line in one piece.

As I approached the end of the swim, bike, and even run I felt strong. I never could have imagined my once weak and fragile body would have been capable of this type of endurance challenge. I loved every second and can’t wait to do it all over again next year.

Finishing the Ironman has been one of the greatest achievements of my life.

It’s also shown me how much I have learnt through my recovery. It’s not just about getting physically healthier but mentally you need to change your mindset to be open to food and not fear the unknown. It’s easier said than done. But every tiny new step you make with food, nutrition and your overall health the easier it is to regain control and discover who you are again – the person without the anorexia voice.

Sport has played the biggest part in my recovery. Yet, I know it can also be a catalyst for eating disorders when not monitored and managed correctly. Athletes should not push themselves to the point where their body is breaking, weak and undernourished. We need to feed ourselves to look, feel and be strong. Sport should be enjoyed and we shouldn’t punish our bodies by not giving ourselves the best chance to recover and repair. 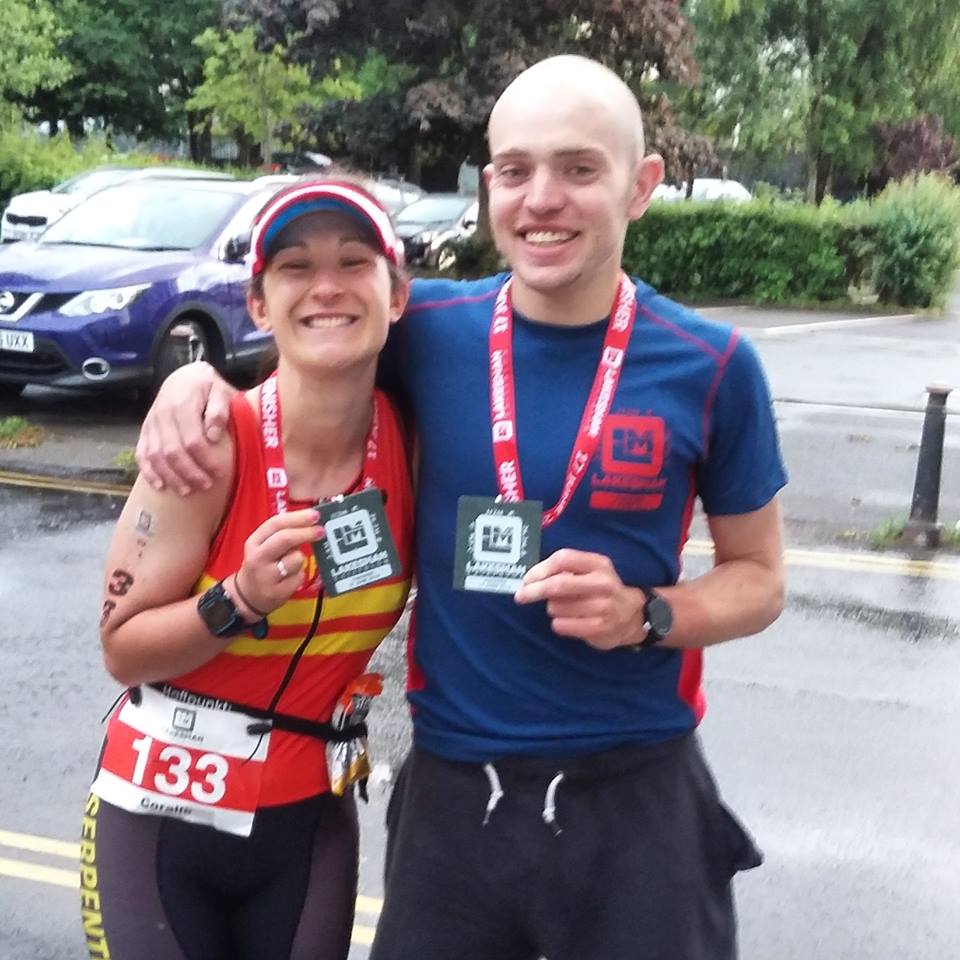 When I crossed that finish line I didn’t think about how much food I had consumed on the bike leg or even the ridiculous amount of calories I had burned off. I thought about chips. That’s right anorexia, I thought about and ate some chips and there’s nothing you can do about it! My body was hungry and recovery is one of the most important parts of the whole endurance experience.

As a very wise person once told me “race today so you can run tomorrow!”

A Love Letter to Exercise