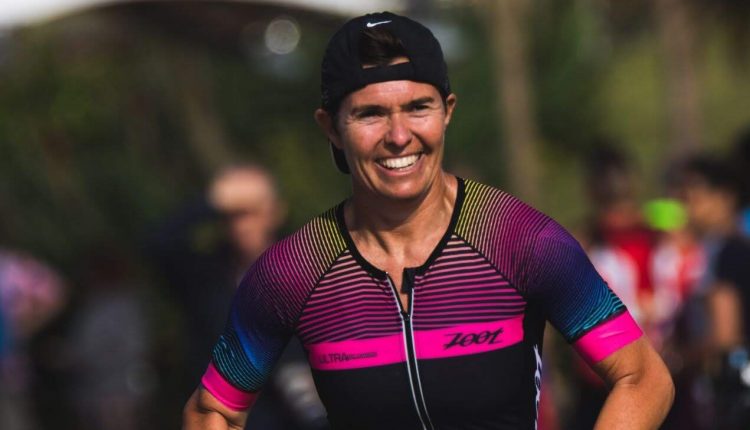 My interest in sport goes back as far as I can remember.

I learnt to swim at the age of 3 and up until the age of 14 swam competitively, taking part in galas around South and West Wales. I had the competitive edge to want to be the best and win every race, though this did not happen, it never took away the desire or the drive within me. I lived for PE in school and loved to take part in sports day. Little did I know that the nerves, excitement and pressure that I put on myself to win would shape who I am today. 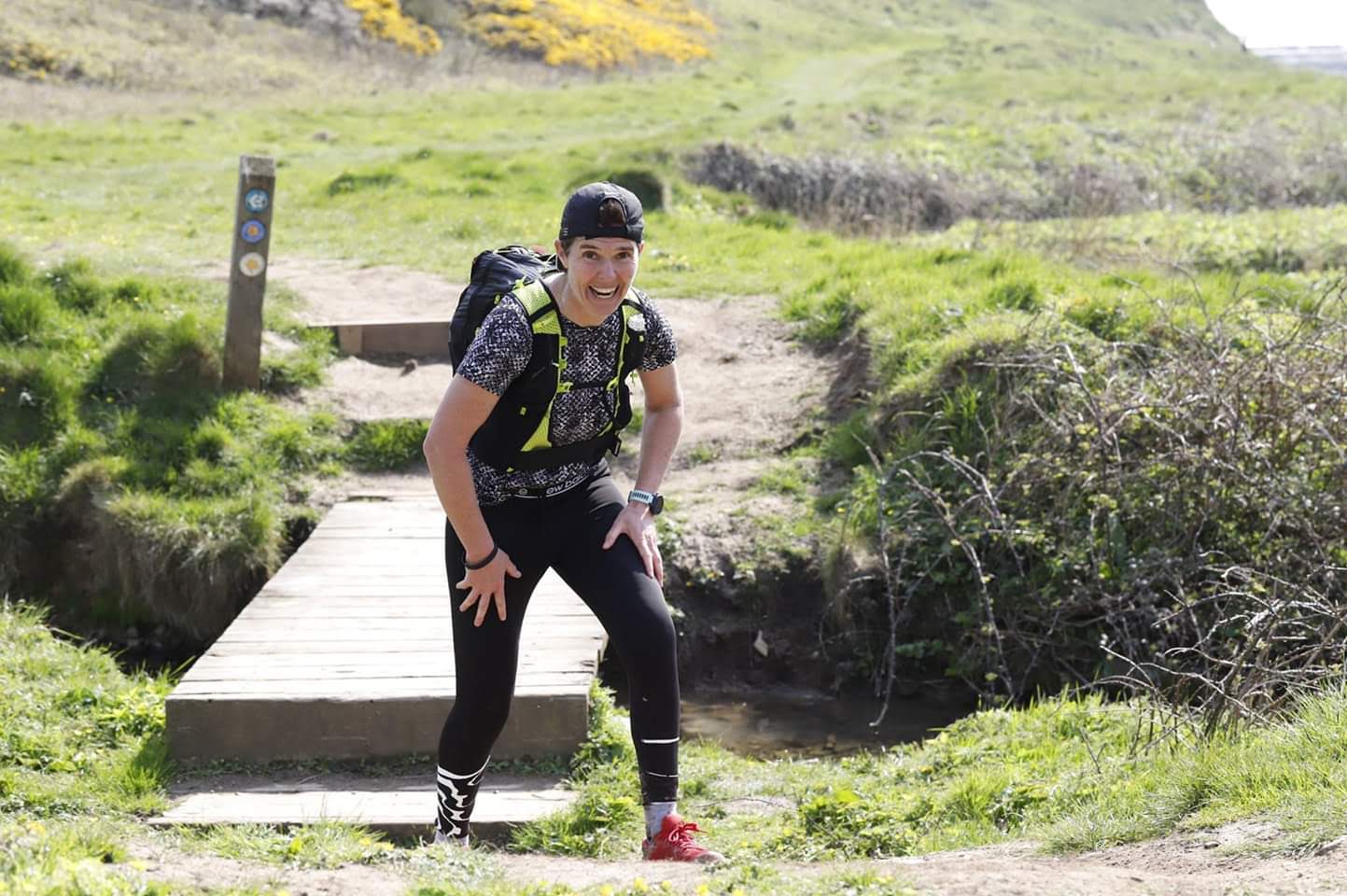 It was at secondary school where I first picked up a hockey stick. I made my way up through the levels, playing with the county (Pembrokeshire) and region (West Wales). My Saturdays would be taken up playing for these teams, whilst my Sundays were spent playing for my local town, Tenby.  It was not long before I had represented Wales at under 16, 18 and 21 levels, eventually captaining the Welsh university student team and representing the British university team.

After leaving university, I fell out of love with the game.

Work had taken over my life, my priorities changed and I was having a lot of problems with both of my knees. I eventually decided to give it up. My consultant told me I had the knees of a 70 year old, yet I was only 39. There was no way I would be able to return to the level of sport that I was used to. My mind is built in such a way that if I want something then I go for it and so whilst recovering from a knee operation, I decided to switch to cycling and entered the Wales Velothon, 140k. At this point I still could not walk, but I bought my first road bike and pretty soon there was no stopping me. I entered event after event, consuming myself in exercise.

Exercise became my enemy – I craved it for self harm.

I also started back running and swimming after over 25 years away from it. I was now finding benefits to exercise that I had never experienced before. It became an escape from the pressure of work and life. But this all coincided with a very difficult time at work, walking out in April 2016 after a breakdown and feeling suicidal. Exercise is what I turned to, it was something I knew that I was good at. It became my saviour and my enemy but it was the only thing that helped me with whatever was going on inside me head. The hours that I spent training became my time away, it became ‘me’ time. I had aspirations of doing my first triathlon and one day maybe even an Ironman.

I had been diagnosed with depression and anxiety for which I was taking medication. Life was not good. I was struggling and I saw no way out of ending the pain in my head. 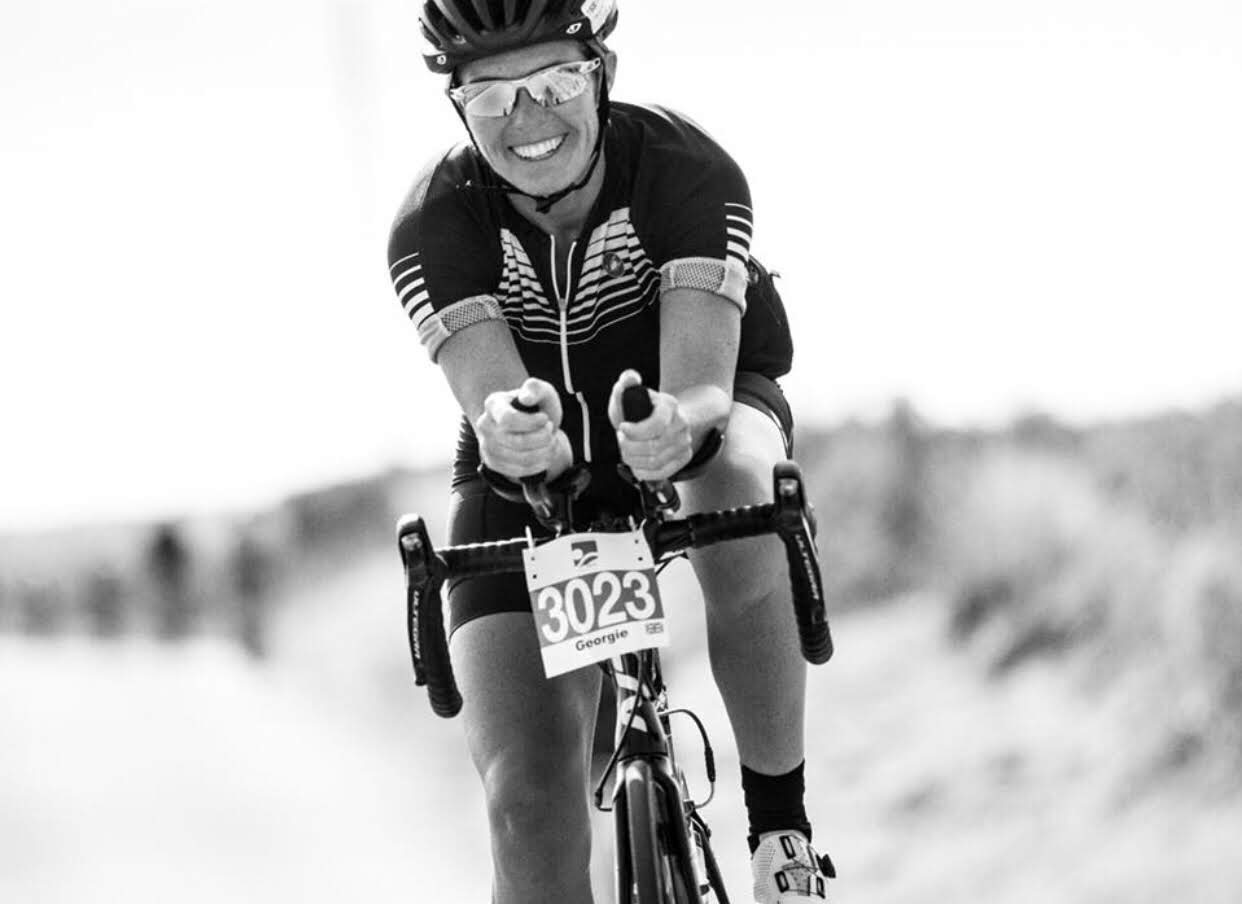 I had hit rock bottom as everything seemingly fell apart around me. This is where exercise became my enemy, as I craved it for self harm. It became an addiction, my knees were hurting, my body was broken physically and mentally but I had nothing else to fall back on. I could see that I had lost weight but I did not care. I wanted more, I felt I deserved the pain that it was giving me. I deserved to hurt. The more I trained the better I felt. The more I hurt, the more satisfying it became. I had to reach for the next target, the next goal, the next PB. Nothing and nobody would get in my way. I was on a road to self destruction.

During this time I saw an advert posted by the BBC.

They  were looking for people who use exercise as a therapy for their mental health. The aim was to train  these individuals to run the London marathon in 2017. I applied and after interviews, a screen test, a medical and an appointment with a psychiatrist, I was accepted onto the program. I was going to run a marathon, something I thought that I would never be able to do.

This is where my life was saved and changed in so many ways.

Firstly, my training was structured. I had two coaches who looked after me, who knew me, who understood me and who held me back from any further destruction. They changed the way I thought about exercise. I was no longer using it as a way to beat myself up. I no longer chased time and PBs, I no longer ran and ran until I hurt. For the first time I started to enjoy exercise. As I was running, I would look around me and notice things that I have missed on previous occasions. It was no longer an issue if I stopped to take a photo or chat to someone, and I suddenly did not care about distance run. The aim was just to have fun and the rest would follow. 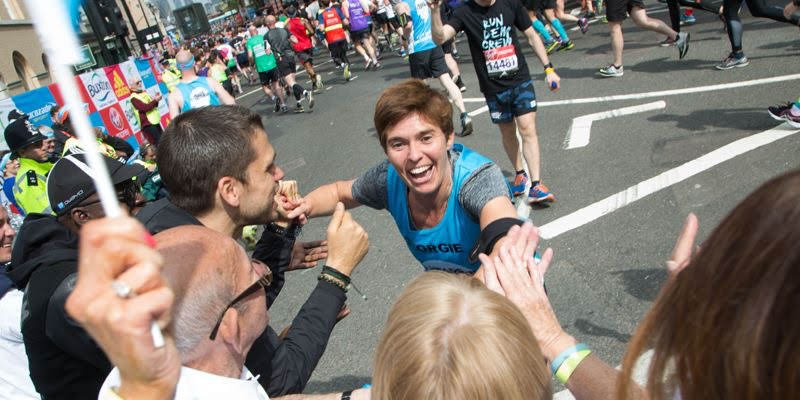 Mind Over Marathon completely re-framed the way I use and thought about exercise.

People would ask ‘what time will you do the marathon in?’ I did not know was the honest answer. I did not care if it was 4 hours or 7 hours, I just wanted to be out there enjoying it. I was so lucky to have the opportunity. I was lucky to be there both physically and mentally (after suicidal attempts). I am pleased to say that I completed the 2017 London Marathon whilst raising awareness of mental illness. It is incredible how the two part documentary titled Mind Over Marathon completely reframed the way I use and thought about exercise. 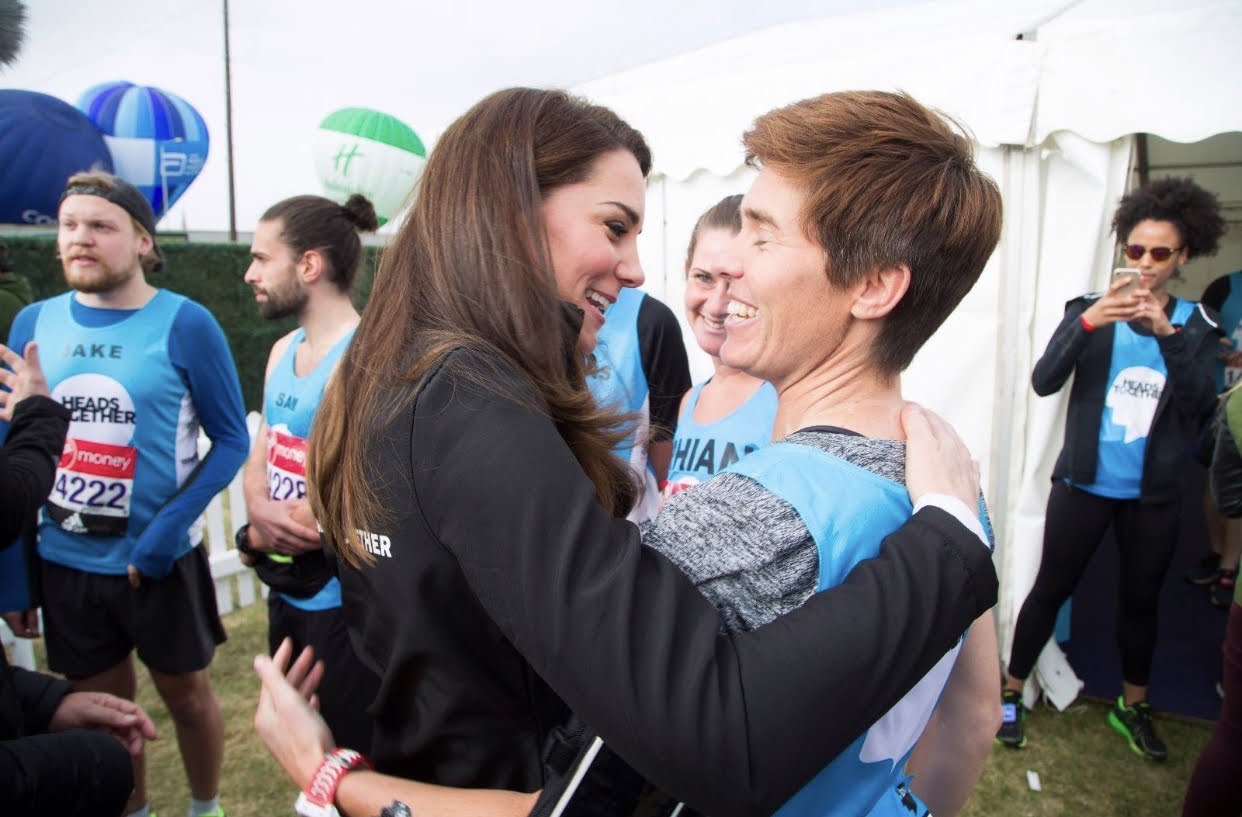 I have always been someone who likes to exercise by myself, even though I was involved in team sports when I was younger. Mind over Marathon taught me the importance of community and running with others and this is something which I have started to do over the last two years. I frequently join in my local parkrun and run group. Here, I have found an amazing group of supportive people, who no matter how I feel or what has gone on, help in so many ways. These people inspire me and give me the motivation and strength to do what I do.

Not only did I run the London Marathon again, but I completed 12 events in 12 months, raising money for my local NHS charity who have put me back together both physically and mentally. 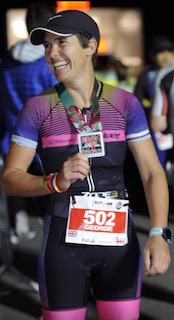 The biggest event was Ironman Wales in September. I was finally on the start line of arguably the hardest Ironman event in the world. A 2.4 mile sea swim, 112 mile bike ride and a full marathon was not going to be easy. I have not experienced a day like it in my life. I felt emotions that differed from one moment to the next. There were some hard dark times on the bike as I physically pushed the boundaries but my head would not let me quit. I have never had to dig so deep as I shuffled around the marathon course. How could I love something and hate something so much at the same time, but I did it, I am an Ironman.

I am still reminded about the days when I used to use exercise negatively and sometimes I feel like I could  slip back into those ways. I won’t though. I have come too far to ruin what I have, and why would I when I now enjoy what I do. I am in a much better space with exercise mentally. I now listen to my body and if I don’t exercise then I don’t beat myself up about it. I have learnt that rest is good for me. I have learnt that running with others is good for me. I now exercise sensibly.

I love to swim, bike and run. It gives me structure and routine to a day. It is what keeps me going. It makes me who I am and I would not change that for the world