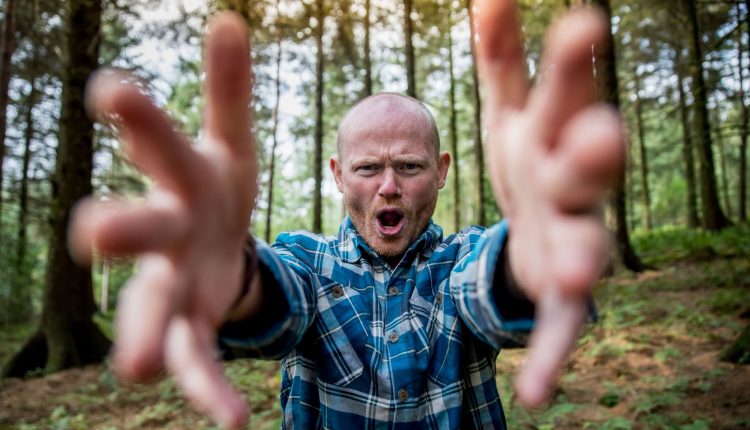 In the week before the One Run global relay, we talk to the founder Danny Bent about his experiences of movement, community and social change.

Danny Bent’s achievements are fascinating. An award winning author and Guinness world record holder who cycled from London to India, pogoed across Togo and was named one of the 100 happiest people in the UK. Behind these adventures is a man with infectious enthusiasm who believes movement and community can change lives. That same belief drives his latest event One Run Global, which will see thousands of people across 195 countries moving for one hour and raising funds to help end child discrimination.

Danny’s energy levels were apparent from a very young age.

He describes being a young boy full of physical and creative enthusiasm, but restricted by classroom walls and uninspiring lessons. “I was a hyperactive kid who was put in a box for seven hours a day. When you put a wasp in a jar, it’s going to get aggravated, so school wasn’t a particularly happy time for me.” Occasionally teased for his surname and pigeonholed for his dyslexia, Danny’s self-esteem was buoyed by loving parents who inspired him to run and to follow your own path in life.

“There is a photo of me aged six crossing the finish line on sports day and no-one else is in sight. It’s become one of my favourite photos, purely because it gives my Dad so much joy. From a very young age, I watched him train up to three times a day! Perhaps it was me wanting to spend time with him or wanting to be like him, but I was running with him at a very young age. You hope all children find their niche and for me it was sport that shaped me and helped me stand out. It’s probably always going to be the one thing that represents me.” 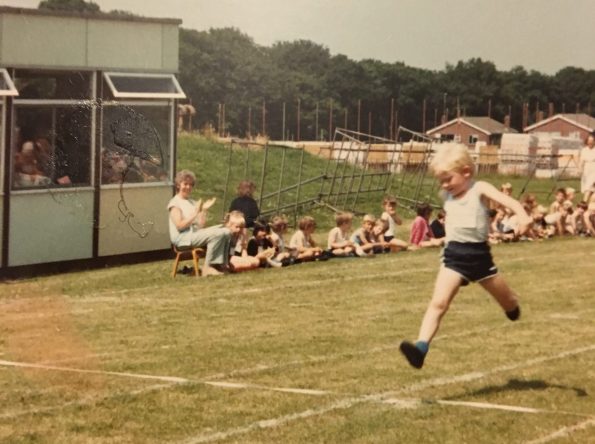 In a year where the impact of physical activity on mental health was nationally acknowledged, Danny highlights the importance of helping children to enjoy exercise. “My mum and dad were into running and hence, so am I. It is a real privilege to be able to share a passion like that with your parents. Everything in life gets passed down, so if you can give one child that bug, perhaps it will spark a whole generation. Everyone’s door to running is a different shape and size, so the best thing we can do is create as many opportunities as possible for people to be active. ”

Danny’s sporting achievements extended beyond school, playing rugby at university and eventually representing Great Britain as an age group triathlete. A smile breaks across his face as he recollects running for his country with that infamous surname now splashed across his GB shorts. 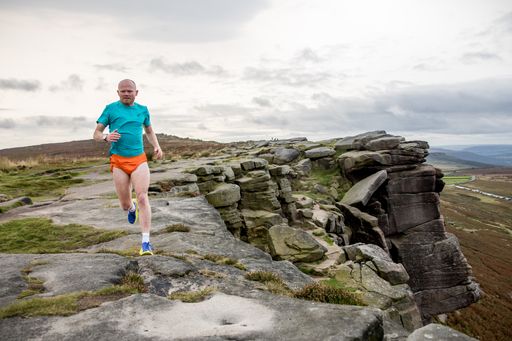 Outside of sport, Danny has gone on to publish books, give talks at major corporations, dabble in stand-up comedy and perform in musicals. But throughout all these adventures, it is the running that continues to capture his heart. “These other activities are exciting parts of my journey, but they are like the flowers that burst open and eventually shrivel. They brighten up the meadow, but running is the big oak tree with the strong roots that hold all of this together.”

There are times I don’t feel like running, but deep down I know I will feel better for it

Despite his energy, Danny’s motivation to move can subside just like the rest of us. “There are times I don’t feel like running, but deep down I know I will feel better for it and, in truth, the real motivation for me is being outside. It’s where humans are supposed to be, not surrounded by four grey walls. We need to be out there, moving among the greens, the browns, the pinks and the purples. That is where I am at my happiest.”

This passion for movement and colour was shared when Danny launched Project Awesome.

A loud, colourful and musical morning workout which brightened up the streets of London three mornings a week. A free workout open to everyone, where hugs and high fives where as important as getting in shape. It was a hugely popular initiative which continues to bring people together of all shapes, sizes and physical fitness. 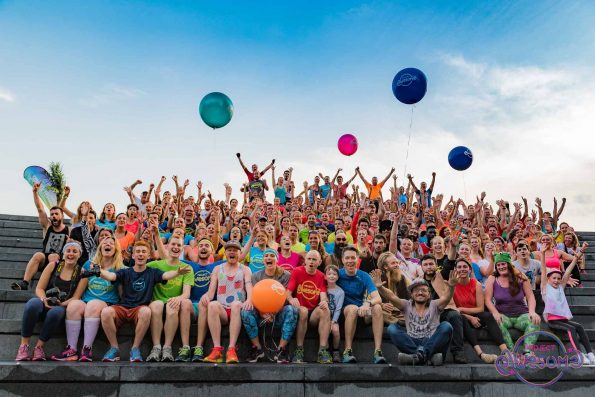 “We always try and create things which are different, but make them as inclusive as possible. People come to Project Awesome to move but also to try something completely different, helping them to realise that you can push your boundaries.”

The label of community leader and happiness guru is not without its pressures.

“When you set up a community it is amazing to see it grow, but when you are at the top, it can become quite lonely. I felt I had to be the person inspiring others to be active or to free themselves from the chains of everyday life. That takes over your life but you daren’t break the illusion of this brand you have created.”

For Danny, these people felt like his children and he tried to support them through everything they were dealing with, eventually to the detriment of his own mental health. He admits coming close to a breakdown until he opened up to his team and let them share the burden. “It was a real life lesson about seeking help when you are struggling. Now I am in a much stronger position and I talk to other leaders about it. You have to make sure it doesn’t destroy you, because then it will destroy everything you have built”.

Now the focus for Danny and his team is One Run on Human Rights Day – December 10th.

Following the huge impact of One Run for Boston in 2013 and two London Relays, Danny planned to go bigger in 2020 with a relay across 30 countries. The pandemic put that on hold, but he has quickly adapted and created a virtual event to raise funds and awareness for child discrimination. The first runners will start at 7pm in Kiribati, then the world map will light up as different time zones hit 7pm and runners, walkers and movers complete their hour of exercise. 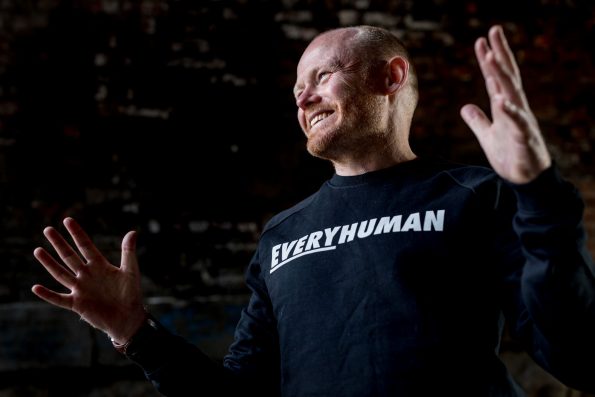 “This one is all about community, breaking down barriers and being active. After such a difficult year, we want to celebrate the brilliance of humanity and recognise that it is global, not just about our local bubbles. We need to accept that we are all essentially identical, from me running in Sheffield to someone taking part in Syria. Let’s give people an experience which makes them question, in some way, their preconceptions of communities outside their circle. We’ll come together through movement to show the world that we will not be forced apart.”

Despite the restrictions of a zoom interview, I have fully witnessed the infectious energy of a man who in his own words “just loves life”.  If you live life with a smile on your face, others want to join the journey. With that, Danny lifts his legs to the camera, so I can see his calves are still caked in mud from today’s fell run. Still smiling, our call ends, I immediately sign up for One Run and find myself considering going out for a run! That’s the Danny Bent effect.