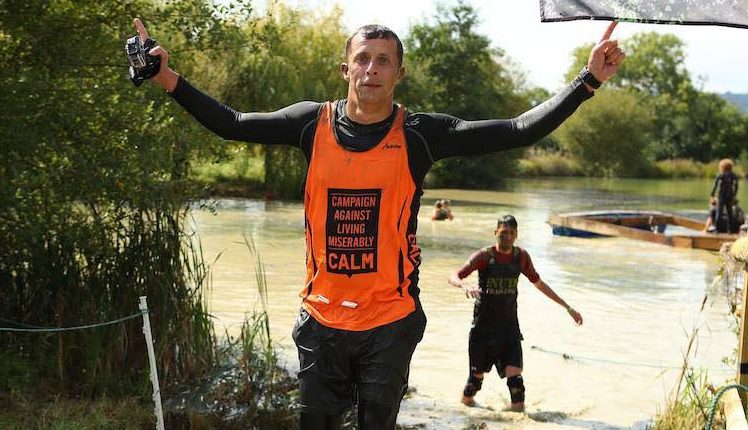 I spent many years of my life living with depression and anxiety.

They drove me to drink and to drugs, encouraging me to surround myself with people and partners that told me this was right. Pushing away the family and friends that truly cared about me.  The drugs and alcohol would make me feel good, ease my troubled mind and give me respite from the multitude of thoughts running around my head. But once they were gone, the depression and anxiety would return. Taunting me with cruel accusations of worthlessness, a pointless speck on the universe, worth no-one’s time, best hidden somewhere, sleeping the day away.

The years of self-abuse eventually took their toll on me

There was only one thing in my life that offered me some respite. Every other weekend I got to see my son, my one great achievement in life. When I was with him I could always paint that stage face on and be his Daddy, his hero. But the happiness and joy our relationship brought never lasted long enough. As soon as we were parted, I would return to their lair and the cruel circle of torment, insult and loneliness.

The years of self-abuse eventually took their toll on me and in January 2017 they almost won. I found myself buying yet another bottle of whisky to numb the pain and drown out the voices that haunted my every waking hour. I drank it all and as the last dregs of the golden liquor passed my lips, I suddenly knew what I needed to do. If I left them behind, if I wasn’t here they wouldn’t be able to get to me anymore. If I was gone, the hurt in my head, the pain in my heart and the burning hole in the pit of my stomach would be no more.

I had planned it out over and over in my mind.

How and where. I knew what needed to be done, they had been pushing me in this direction for so long. That night I accepted their wishes and walked down to the beach. I found a quiet spot where I would be alone, plugged my headphones in to make sure I muted anyone or anything that might halt my plans or try to change my mind. This was what I wanted, what I needed in the hope I would finally be free.

The next thing I remember is finding myself waist high in the cold depths of the sea, willing myself to end this pathetic existence. Then it came from nowhere – my light, a voice I imagined being my son, my pride and joy talking about losing me when he was nothing but a boy. In reality it was a podcast from Professor Green, telling his personal experience of losing his own father to suicide as a child. 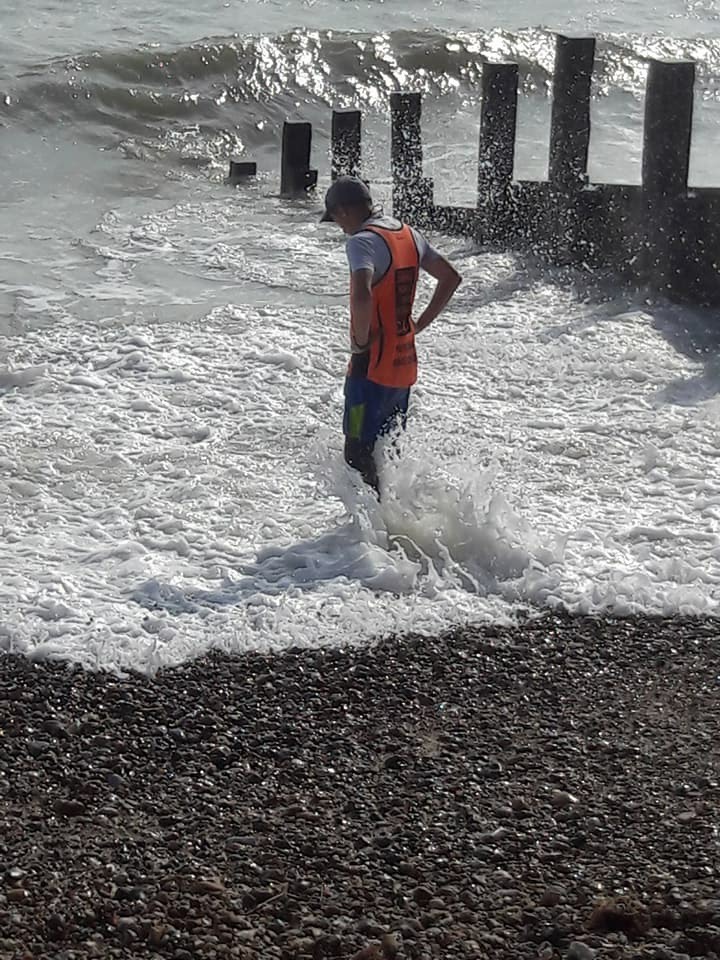 His voice and the words he spoke seemed to reach into my very soul and pull me backwards towards the shore. Unable to stop listening, the tears rolled down my face mixing with the salty residue of the cold, dark watery end I almost met.

As I sat on the beach, the tears continued to fall. I felt lost. I knew this was not where I met my maker but had no idea where to go from here. With that the Prof’s voice read out the number and with nothing to lose I pushed the numbers into my phone. Through the tears I managed to utter the words “I want to kill myself”. There I’d said it. You would think the response would be one of disbelief and horror but, if they felt like that, it didn’t show. The voice was soft and soothing and they assured me I could be OK. That voice was a volunteer for CALM and that night they saved my life. He listened and guided me as I blurted out all the things I hadn’t been able to say to anyone else, not even my family.

Many people I have known with depression have been prescribed medication.

After the call, I visited my Doctor but I didn’t want drugs in my body anymore. I didn’t want to suppress my emotions, I wanted to live and breathe them but this was met with the facts, figures and understandable reasons why I should consider medication.

Call it pure stubbornness or what you will, but what that guy had said to me on the phone made me think about becoming more active. Doing something to prove nothing to the world but to prove to me I was worth it. There was an endless list of possible activities – cycling, football, the gym and so on but it was running that hit me like a thunderbolt. I could do it alone and I could do it when I wanted. It could become my own thing. I explained this to the doctor and we agreed that alongside counselling, this would be the new chapter in my life.

The release that I had once found in alcohol and drugs was now clean, pure and in my control.

That next morning I dug out an old pair of trainers, crappy hoody, tracksuit bottoms and a baseball cap. I was determined I would run exactly three miles. Out the door I went, headphones in but after 500 metres I was completely shot, out of breath, deflated and struggling. I walked then fought with myself for half a mile to run, then walk, run, then walk. I returned home after barely a mile sweating like a pig and exhausted. But then it came. The rush. The sense of “but you did it”.

For the next two days I attempted to run a complete mile without walking. Running on both days filled me with that rush of emotion and the clarity in my head and on the third day I finally did it – I made the mile. On that day I found myself. Despite the sore legs and the tired muscles,  the passion grew and it became my rush. The release that I had once found in alcohol and drugs, was now clean, pure and in my control.

So now what? What was I going to do with this new passion?

I knew there was a 10k race in my home town of Bognor, so that could be the start of my journey and of course I would run it for CALM, the charity that saved me. Then another 10k in Brighton – a race for men called the Go Dad Run supporting men’s health. Next the London British 10k followed by The Nuts Challenge, an obstacle race. Aiming to finish the eight months with the Chichester Half Marathon. I had set a plan of five races in eight months and then I would plan again after that. 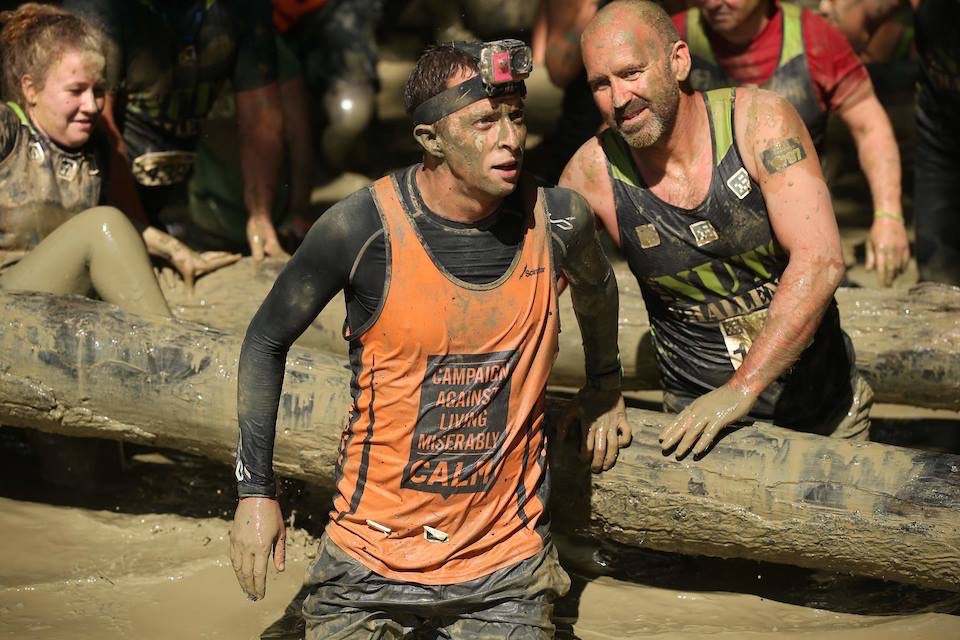 I’ll never know how far I ran that day, but I will never forget it

So, I did what all people do when you get the bug, I chased times and pace, calculating what I needed to do to achieve personal bests. I went out there and was smashing my times, increasing distances and gunning for top times in all I could do. Running further than any race I had planned and totting up about 20-30 miles a week. But in July the heat rose and it became uncomfortable to run, so my times started to suffer leading me to feel disappointed in myself. By this time, I had been attending counselling for six months, had learned so much and really started to understand myself more and more. But this day I walked down to that same beach where it had all happened. It was a warm summer’s evening as I sat on the stones watching the sun setting and the waves crashing on the beach. 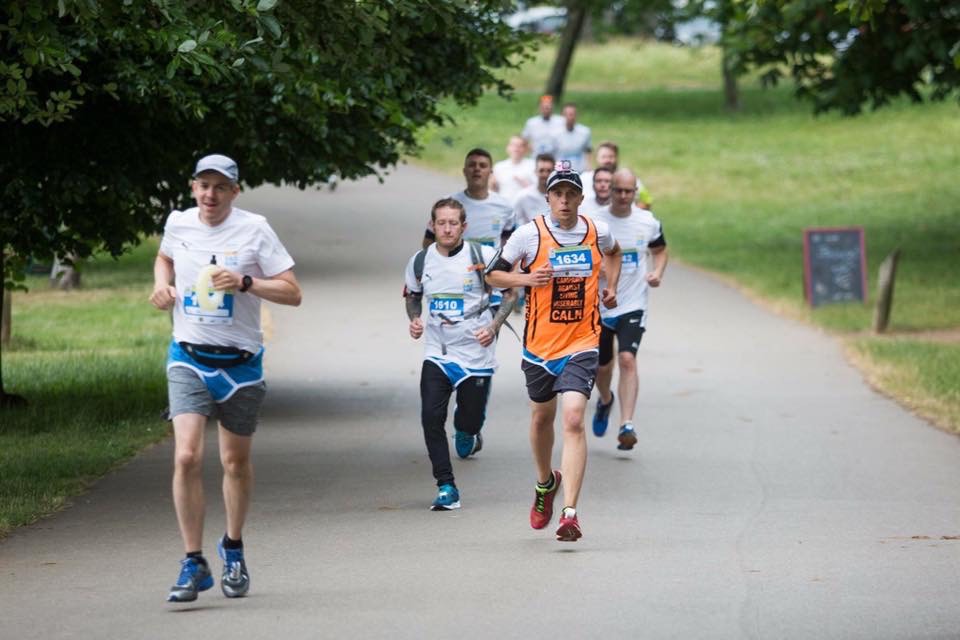 I was alone again but I knew this time, it was not where I wanted to be.

I thought about the three races I had completed and the difference between that very first mile and my last ten miles. My brain was struggling to understand again. Why am I struggling? What am I doing wrong?

In that instant, my body went into auto pilot and, just like that cold night in January, I knew what needed to be done. Next thing I knew my feet were thumping the tarmac. No watch, no phone, no planned route and no set distance. I was running just for me and for clarity in my brain. This was why I run – the freedom, the clarity, the simple rush of simply running.

I’ll never know how far I ran that day but I will never forget it. Even after running my first marathon I still look back at it like my first mile. The runs that set me free from mental health issues, free from my demons.