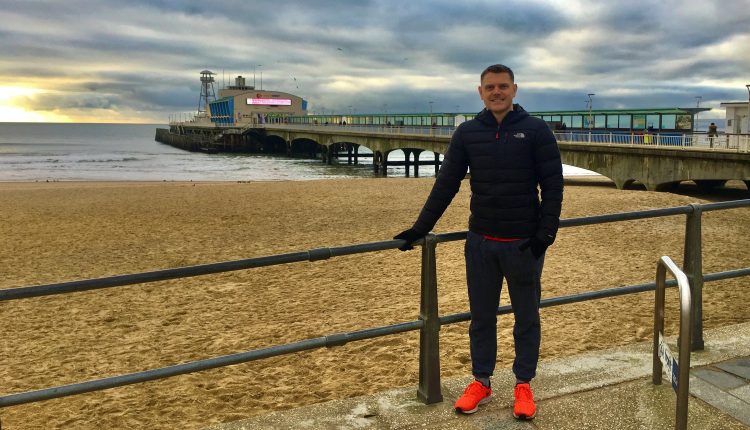 Do you ever feel so overwhelmed with your thoughts that your brain simply cannot cope?

My brain taught itself to cope with that overwhelming surge of activity but the result became debilitating. The past 18 months of my life have been (to put it kindly) an emotional roller coaster – a lot of stress, anxiety and change in a very short space of time until my body simply couldn’t cope. I’ve always prided myself on my ability to keep going and stay motivated in the most challenging circumstances. I saw this as a strength, but under this amount of mental pressure, it can very quickly turn to pure stubbornness and become incredibly damaging to your health. 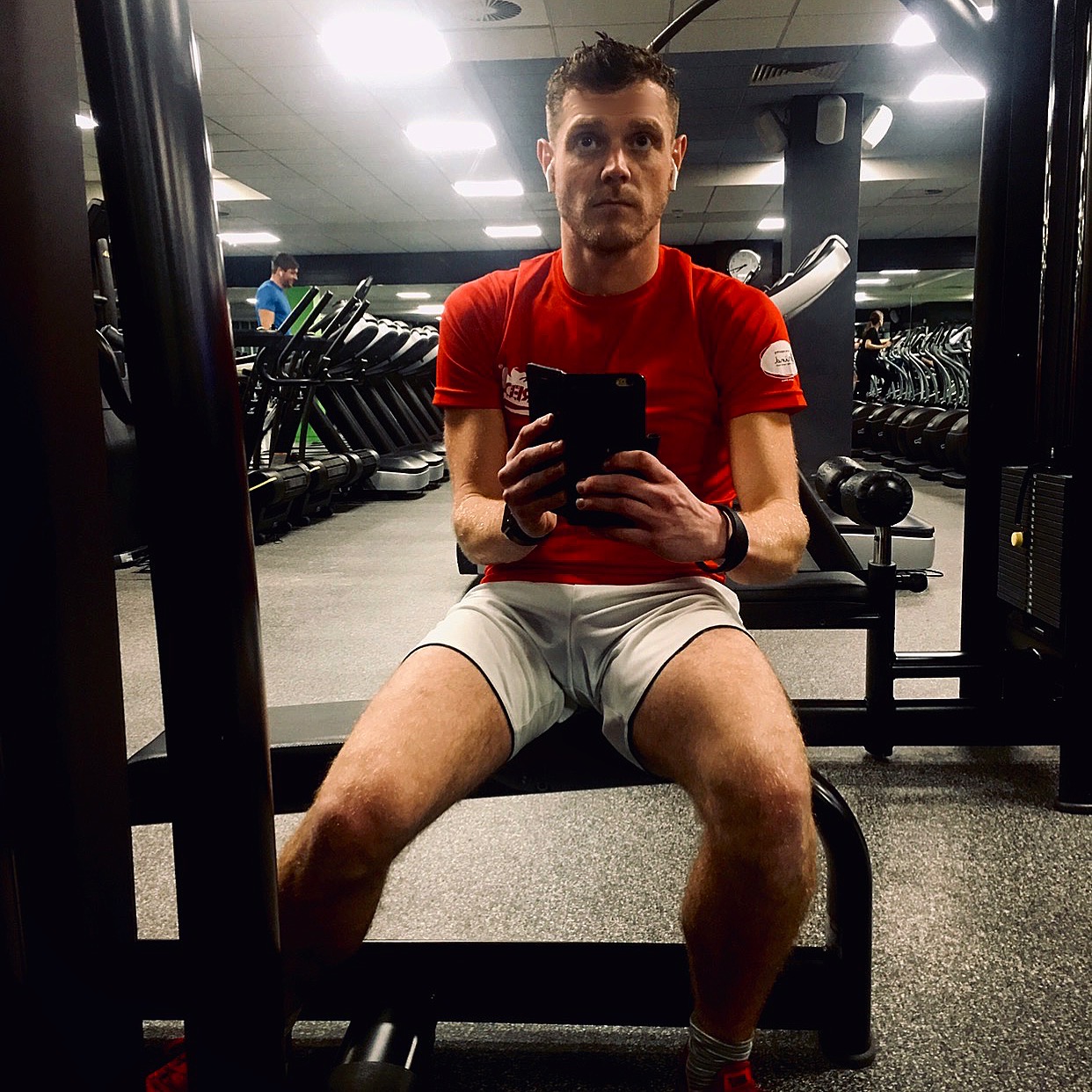 Almost overnight I went from being a confident, self-assured person, to hating myself and no longer trusting my own mind. Stress can do that to you. Depression, severe anxiety and panic attacks followed until I was eventually diagnosed with a condition called N.E.A.D (Non-Epileptic Attack Disorder).

To anyone witnessing one of these attacks, they will assume you are epileptic and in many cases people are initially diagnosed as such. The main difference is that epileptic seizures are triggered by electronic activity in your brain. N.E.A.D will be triggered by poor mental health, often linked to severe stress, anxiety or trauma.

It’s a very hard sensation to explain to someone and often it will happen for no obvious reason.

I become incredibly confused and unable to answer the simplest of questions. My speech will slur and stutter and in some episodes I have lost the ability to say anything at all. Quite often this results in a full seizure where my body and muscles completely tense up and spasm until I finally come round. This can last from a few minutes to (in some cases) well over an hour. At first it was terrifying, now it has become incredibly frustrating. 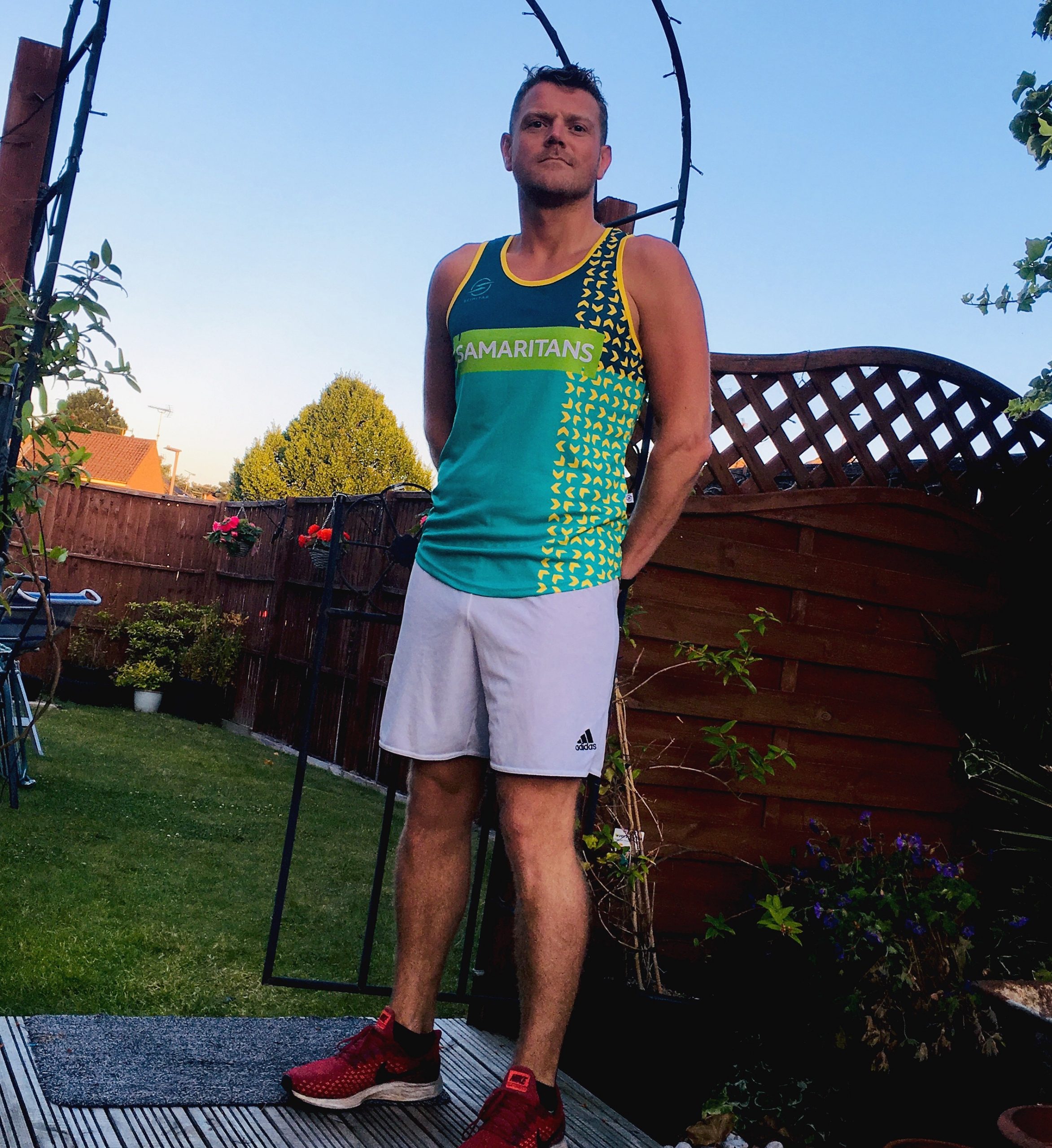 To most people I may come across as a fairly intelligent, confident and logical thinker, so when it kicks in and I am so completely different, it must be a real shock. I find it incredible that the brain is clever enough to do that. It was fascinating when I started to understand more about the brain through a series of sessions with a psychologist. This really helped me make significant progress as I gradually got back to work and started living my life again. I realised that it’s not what you would class as a typical seizure, but a coping mechanism for stress, trauma and extreme anxiety. The problem is that it’s hard to find ways to rewire your brain away from a pattern it has learned when it feels stressed, uncomfortable and has reached its limit.

When these seizures started, it was as if my body had developed this new superpower to deal with these emotions and shut down. Once it started, it wouldn’t stop and the slightest thing would set it off. I had seizures every day for over three months, anything from three to eleven times a day that would last anything up to 2 hours at a time. It was exhausting and it very nearly broke me.

Exercise once again became a fundamental part of my daily routine.

I often think of it as a computer with too many applications open. It freezes, then crashes and you need to restart and try again. That’s my life – a constant battle. A battle I thought I was winning until it all starts to become too much and I find myself back at the drawing board, desperately looking for alternative ways to cope and manage the condition.

I have always benefited from being a very active, fit and healthy person.

I have probably relied on exercise to deal with the daily stresses and anxiety that many of us suffer with in this fast-paced world. As anyone who has been through a similar experience will tell you, the problem is often that you don’t realise how much you are struggling until it’s too late. In hindsight, I had stopped my evening runs, my early morning swims and all the activities I used as a coping mechanism to keep me grounded. It was not until I lost the ability to exercise, that I fully appreciated the impact if had on my mental health.

Thanks to some amazing support and a fantastic psychologist, I started to trust my mind again. 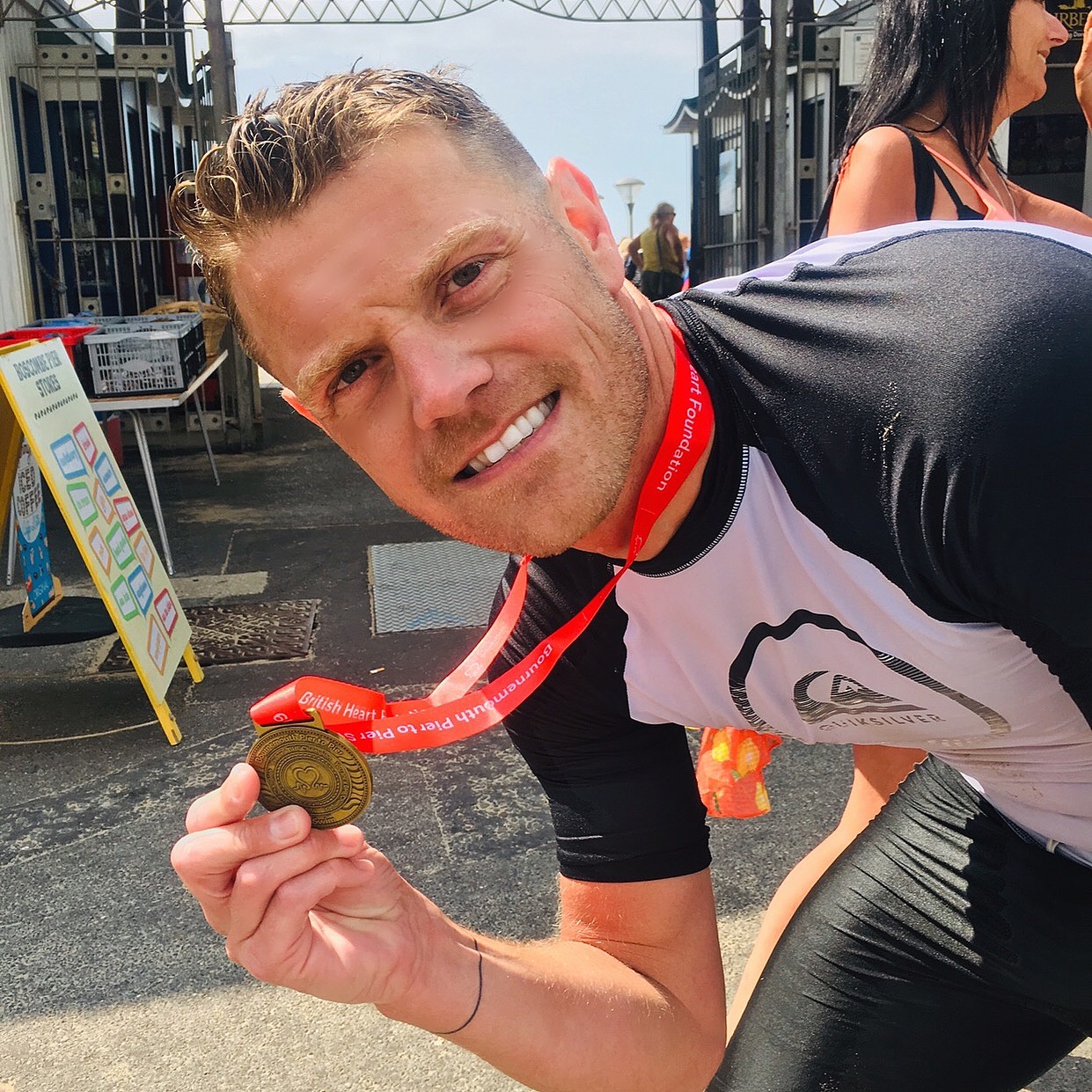 I learned some fundamental human psychology, started to understand the triggers and have managed to get myself to good health again. I’m not quite there yet, but I am very close! I owe so much of that to exercise. Losing all of my independence gave me the drive and determination to claw it back.  Despite how ill I was, I would make every effort to go out walking, play badminton, run, swim… anything I could do that made me feel better. And it really did! Every day I felt that improvement and exercise once again became a fundamental part of my daily routine.

To me this activity was a chance to escape the battles inside my mind and focus on nothing but my breathing and surroundings. Little did I realise that this was my first insight in to mindfulness and meditation!

It is an event where each participant signs up and pledges to do something active every day during the month of January in support of the mental health charity Mind. It promotes the benefits exercise has on our mental well-being. 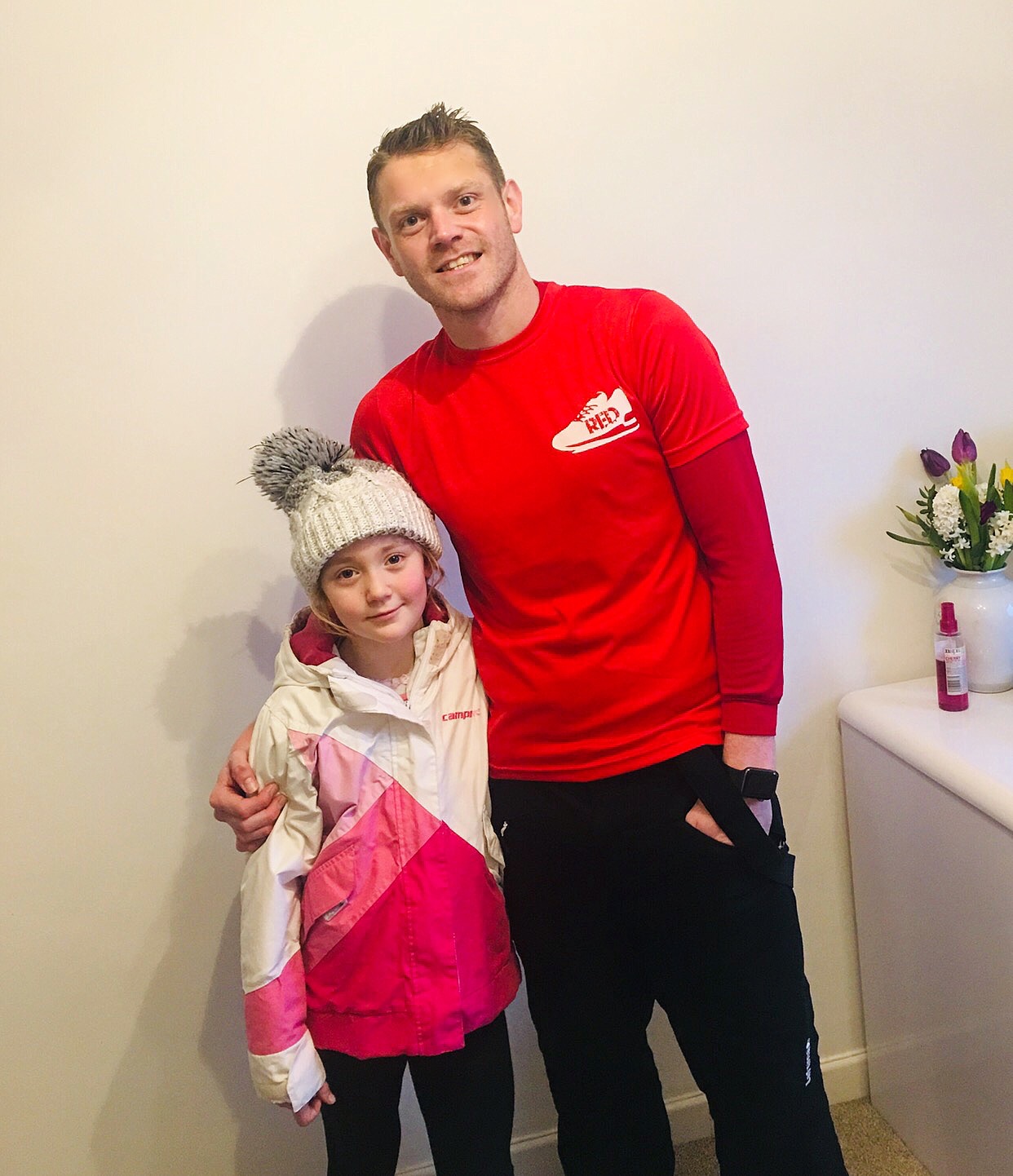 I became very familiar with a local charity (Dorset Mind) and benefited from meeting like-minded and inspirational people taking part in a number of walks arranged by the charity. It was around this time that I also set up my own personal blog and social media accounts called A Fit Mind. The purpose is simply to promote a more pro-active approach to mental health and encourage those who have not considered it, to put on a pair of trainers and feel the benefits of regular exercise both physically and mentally.

This year, I am taking part in RED January again and hope to keep shining a light on this alongside my support for Dorset Mind. Not because I want people to pity me, simply to inspire and encourage others to take accountability for their own mental health. To be more proactive and ensure they have something in life that helps them cope in this hectic modern world. For me it’s exercise. It’s running, it’s swimming, it’s being out in the great outdoors.

Whatever yours is, embrace it, enjoy every minute of it. Life is beautiful.

Taking Movement to the Streets with John Allison