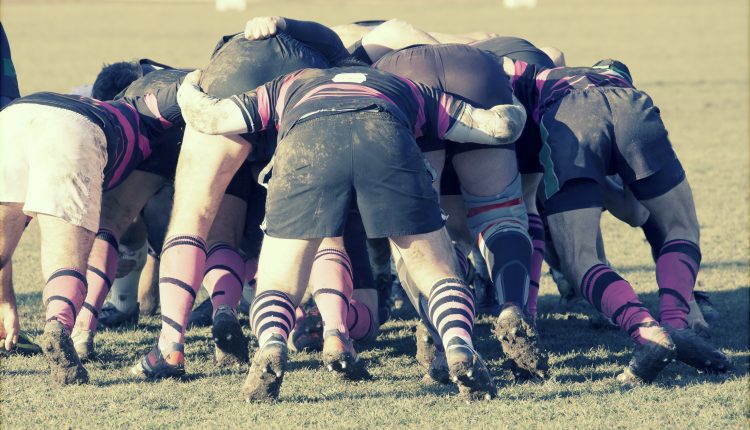 Rugby without your Dad on the touchline

Growing up my dad was determined for me and my younger brother to be involved in sport. It was an important part of his childhood and he wanted it to be part of ours. Apparently he stuck me in front of an England rugby game the day I was born. Aged two, I was watching Jonny Wilkinson on the TV kick that famous drop goal to give England the World Cup. On Saturdays he would take me to football, after school in the week he would take me to tennis lessons. I tried out numerous sports but as I grew older it became clear that rugby was going to be my main focus and especially the physical aspects. I was always quite a skinny kid but Dad convinced me before every game that bigger lads will always go down if you go in low, hard and committed. He was right. I loved that feeling of putting in a big tackle and then checking to see if my Dad had seen it from the sidelines. He would give a huge, proud smile.

When I reached my last year of junior school I was given captaincy of the rugby 1st team and, to be honest, I didn’t really understand why. I wasn’t the most skilled player on the team or the most experienced, I just put my head down and carried on throwing myself at the opposition because that’s what Dad always told me to do. My nerves were repeated when the same situation came up at my new secondary school. I was given the captaincy of the A team just days after joining the school. I didn’t know anyone and deep down I wanted to just blend into the background, not step out and lead. Yet again, Dad was right behind me teaching me how I could embrace the challenge, step up and become a real leader of the boys on the pitch. If he believed I could do it, so did I.

Days before my 16th birthday I lost my Dad to cancer.

I knew he was ill and had always considered that the worst might happen, but the brave face my dad put on for me and my younger brother often hid the toll that the disease was having on him. He had bounced back several times before but each time it returned, it left him weaker. Near the end, the strong man that brought us up was fragile and exhausted and we lost him.

He may be gone, but in every match I put in tackles that I know he would have been proud of.

At home, I had the support of my mum and my family as we all tried to come to terms with what had happened. At school it wasn’t so easy. When something like this happens to a teenager, I think people assume you are drowning in offers of help and advice, but I was disappointed to see, when I returned to school a few days later, no teacher nor friend asked where I had been or how I was. Of course, everyone knew what had happened, but no one wanted to mention it and to be fair to them it’s easier to say nothing than risk saying the wrong thing. I had been given a few days to think about things and now I was thrown back into life like nothing had happened. Teachers stopped to tell me what work I had missed so I could get back on track with final exams in a few months’ time but that’s all that seemed to matter.

One thing that I did have though was the structure of sport that Dad had built around me. Before it had happened, we had started to include weight training in my fitness regime. My little garage gym was the place where I could get my head together and process my thoughts. People think lifting weights is just about how you look, but it became my little training camp. In my quiet, cold and dim lit garage I could release some of the frustration that I had built up about the whole situation. It trapped me with my own thoughts even if I didn’t necessarily want to be. 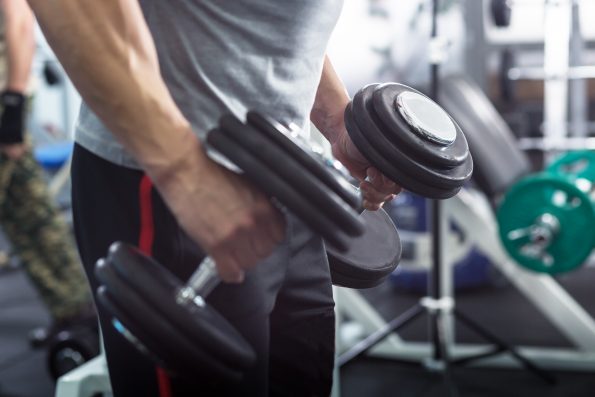 When it comes to the bodybuilding side of my gym work, the sense of achievement after a workout when your muscles feel tight and pumped knowing you’ve given everything is so uplifting. Equally the power lifting aspect gives you a huge rush of satisfaction. To lift a weight that you simply could not move a month before is so empowering. As you see your numbers increase week after week, it becomes something you really look forward to and gain self-confidence from.

Now when I am doing a heavy lift with mates or alone and I need to find something extra, I find it easy to access this raw emotion. I picture dad cheering me on at that crucial moment where the rep slows from the initial momentum and you really have to force yourself to keep going to move the weight and finish the movement. I imagine dad saying “Push! Push! Push!” as he would and for a few seconds after, he is all that’s in my head. Perhaps this is why I like to lift weights or perhaps it is just me trying to look good, I’m not sure. I’ll work it out one day.

I continued to do gym work and rugby training in the weeks and months after dad passed. A year on I still love heading to the training ground or the weights room to let off some steam and take a break from the stresses of exams and normal teenage life.

I was selected for the 1st rugby team this year with boys a year older and a lot bigger than me. Young men really, no longer boys. Only this season, Dad wasn’t there offering advice and motivation and the doubts all flooded back. Some of these boys played for academies and had thighs the size of my body, how was I meant to play alongside them? The same nerves reappeared as I questioned again whether I can compete at this level. I clearly remember warming up for that first game scared as anything, but I keep dad’s advice in my head, even big lads can be taken down. First big tackle, the butterflies disappear and I remember exactly why I enjoy this game so much.

I am so grateful to Dad for the world of sport and fitness that he introduced me to and I understand why it is so important, now perhaps more than ever. The challenges, the structure and the team support provide me with a major focus. He may be gone, but in every match I put in tackles that I know he would have been proud of. I hope he sees them from wherever he is now.

Authors of certain stories have requested to remain anonymous