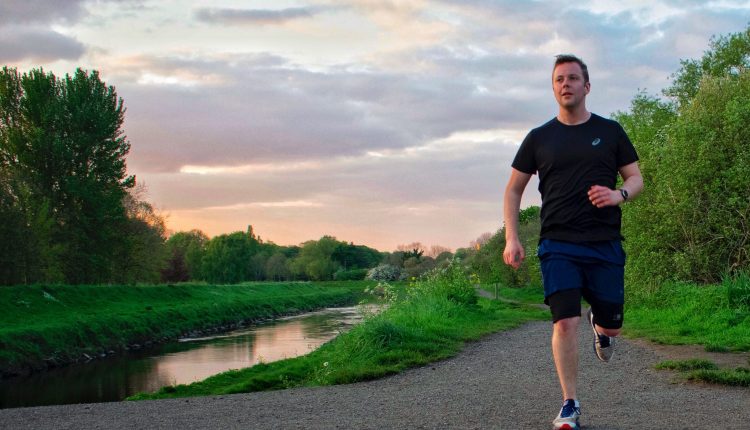 There was no such thing as just one drink.

It wasn’t until I was about 18 that I really sunk my teeth into alcohol. I kick started my adult drinking career with such profession, you would have thought I’d been doing it for years. I started a routine of a bottle of wine in the evening at weekends – I’d watch a film and slowly work my way through it. I had no idea that this was perhaps a troubling start. I never even questioned it. Alcohol to me became a solace,  a sanctuary, a sure-fire way to relax and enjoy my own company.

As I was growing up I had always sought refuge in these sorts of ways. When I was a child I would go up to my room and stay for hours listening to Harry Potter audiobooks. I’d rent films from the library and watch them over the weekend. Lights off, curtains drawn. Just me in my little nest, blocking out everything and losing myself to another world.

I knew something was deeply wrong. I felt broken on the inside –  ungrounded, immoral and profoundly ashamed.

When alcohol entered my life, I found I could replace these little practices with something that had a much more powerful effect. I would drink by myself, I would drink with friends and I would always drink a lot. I thought blackouts were normal. I didn’t believe those who said they’d never had one. 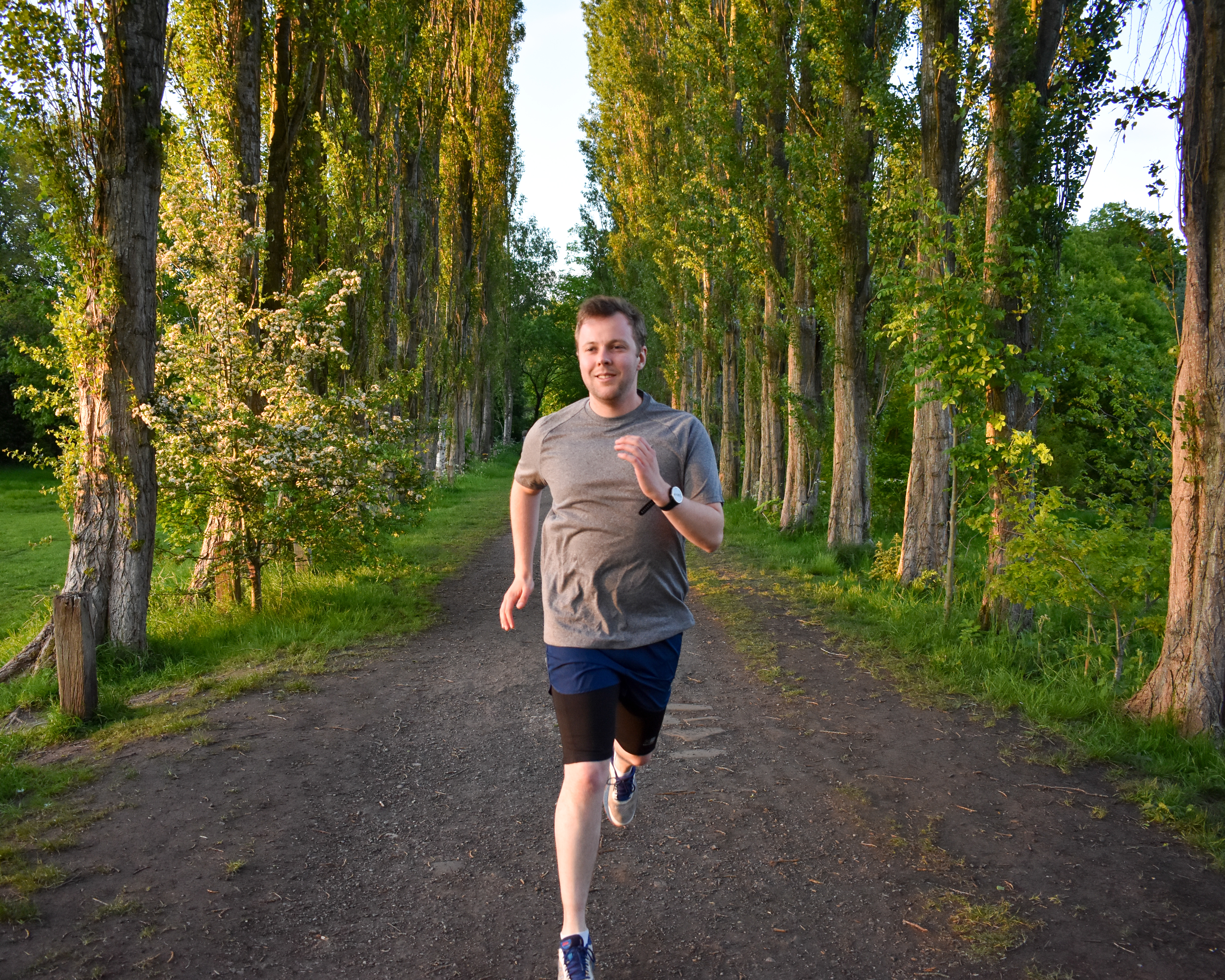 I would lock myself away from the world and drink, frequently passing out on the sofa by myself on a Friday night. I started to hide how much I was drinking from my partner, buying cans of gin and tonic and hiding them in my coat pocket. When he went to bed, I would drink them in secret. I would fill empty wine bottles with water to look like I hadn’t drank the whole bottle and then replace them when he was out. I knew something was deeply wrong. I felt broken on the inside –  ungrounded, immoral and profoundly ashamed.

I’d practiced sober stints as a way to “correct” my drinking, but it never worked. As soon as I picked up the bottle again I simply carried on where I left off.  However it took these brief breakups from alcohol to introduce a new relationship in my life. A relationship I hadn’t been expecting – running.

I had never been a born athlete, I hated sports at school. I remember a teacher called me a drip because I couldn’t throw a cricket ball.  However after dabbling in running at University, I found something that didn’t require too much skill. You simply put on some trainers and off you go.

So in 2011 I completed my first half marathon.

I didn’t take it particularly seriously.  My relationship towards it was superficial and shallow and I primarily used it as a tool to keep my weight down. I still drank, but I also ran the odd time when I wasn’t hungover. As my drinking escalated and my sober stints were failing, the realisation slowly dawned on me – when it comes to alcohol, I have no control. It just took one drink for the floodgates to open.

I didn’t drink everyday. When I did I never got in any real trouble. I would save my wine for Friday, Saturday nights, sometimes Thursday, but it would always be a countdown to those times when I could finally let loose. I would tell myself I had earned it. But I had reached a point where trying to manage these two worlds, my drinking world and real life, was getting too much. Was I losing the battle? I’d ask myself. Would I become one of those stereotypes in years to come? A can of special brew with my cornflakes every morning?

So I vowed to stop and immediately running became a lot more serious to me.

I wish I could remember some profound thought or decision that made me turn to running, but I can’t. It had always been something I did, but very much in the background. Getting sober changed my perspective, it brought running to the forefront and I used it as a tool to run myself sober.

I entered myself into my second half marathon and this time gave it my all. Quitting the booze and replacing it with running helped me to focus on what I was doing.  It gave me a goal that I could work towards. It also gave me an excuse to tell people why I wasn’t drinking. I wasn’t brave enough yet to admit my inner demons to anyone, so when I stopped drinking, my running became the perfect reason why. You can’t train properly if you’re hungover.

Unfortunately, this wasn’t my happily ever after.

My race was a success as all the hard work paid off and I completed the half marathon in a very respectable time., but the focus of the race fell off. I was going to a wedding in Italy and when I was there, the sun and Tuscan views proved to be too much. I succumbed to the false romanticism the Italian wine promised me and returned to drinking. For three more months.

I will always remember the day I finally stopped drinking.

The night before, I had drank so much that I blacked out and woke up on the spare bed with no sheets on them. Who was I? I mentioned shame earlier, but I don’t think I can really get across how much of it I felt. How much of it ran through my veins every time I did this to myself. I had reached a point and crossed so many lines I thought I would never cross. I had my last drink on the 22nd January 2018. As I write this I’ve been alcohol free for 15 months exactly.

Running has become the new strategy I use when I feel like I want to hide away. Just for a half hour or so. When I’m out pounding the pavements, I don’t have to worry about any other thing in my life. There’s one clear goal and it’s to complete X number of miles. It’s become my relief, my refuge and my replacement for booze.

Since I’ve quit it’s allowed me to address why I drank in the first place. I have a lot of anxiety that harbours inside me and I had been attempting to drink it all away. I’ve had CBT and I’m on medication to try and reach a better place in my life. The road has been tough but it’s taught me so much and shaped who I am today. Having a drinking problem and learning to recognise and overcome it, is a true act of bravery. Most people will never know the demons you face as a drinker, but my message to anyone reading this who might be worried is to reach out.

Putting down the bottle so I could pick up my trainers is the biggest change I’ve ever made. No longer do I try to fill some void inside me with a substance that was made to numb. I’ve been running myself sober for 15 months and I’m going to keep on going, one day at a time. 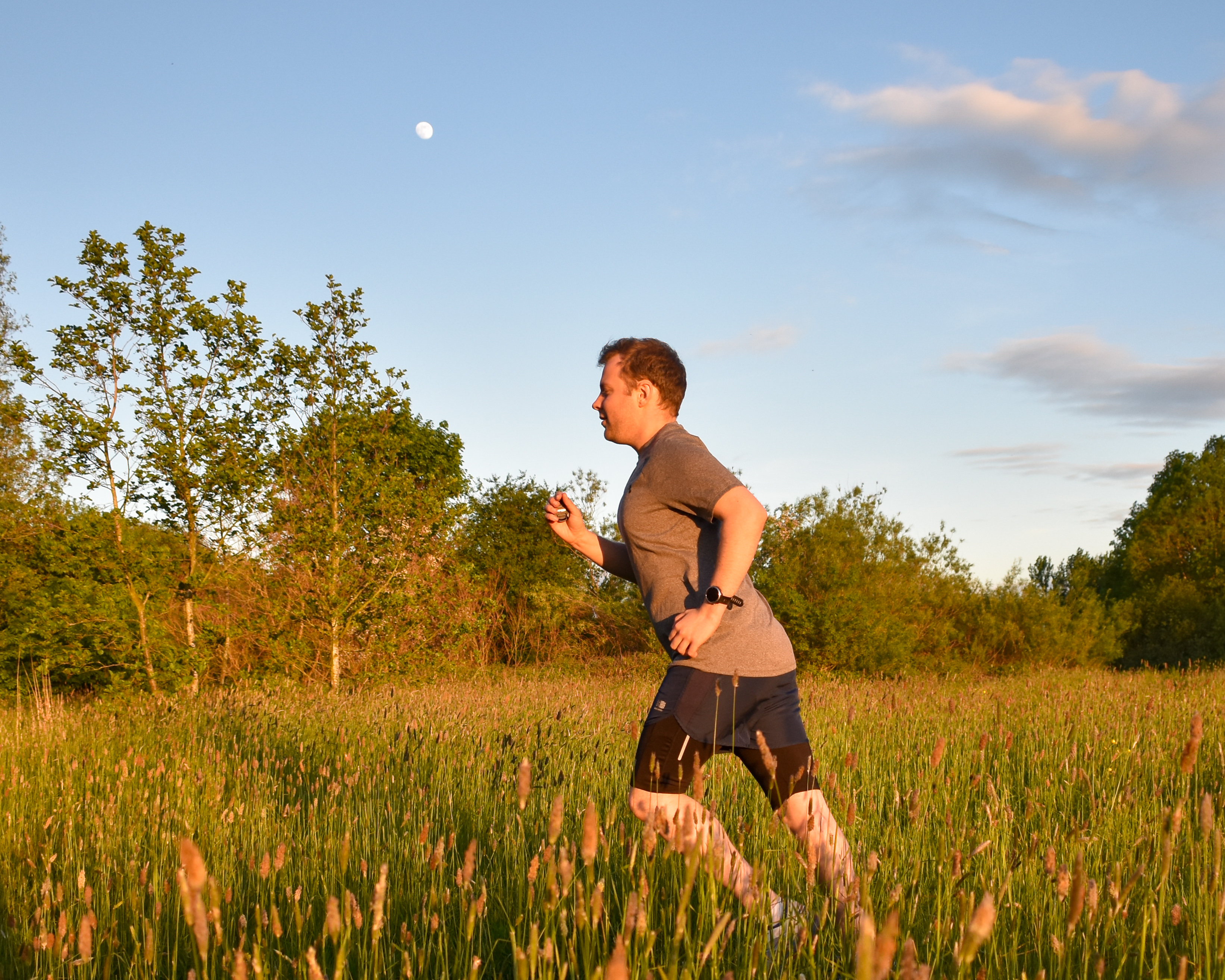 Chris is a blogger and creative with a passionate interest in sobriety, mental health and running