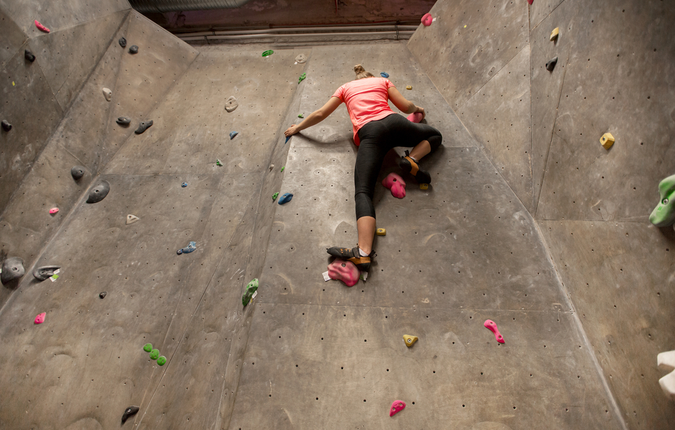 Climbing away from PTSD

When I climb, the only thing that matters is my next move, where to put my hands or my feet. It’s an escape from the nightmare that is PTSD which is so hard to escape. One thing I struggle with is feeling safe but when I’m climbing, although the adrenaline is still running, I feel in control of the danger.

When I first started climbing, I was in my first year of secondary school and was terrified of heights. PE lessons provided six hours of climbing a year and by the end of year nine I had completely conquered my fear of heights, thanks to my teacher’s perseverance! I spent the next two years of school always looking forward to the next climbing session and getting up the wall as many times as I could. I never thought about it much at the time, but it definitely improved my confidence and made me expand my comfort zone. 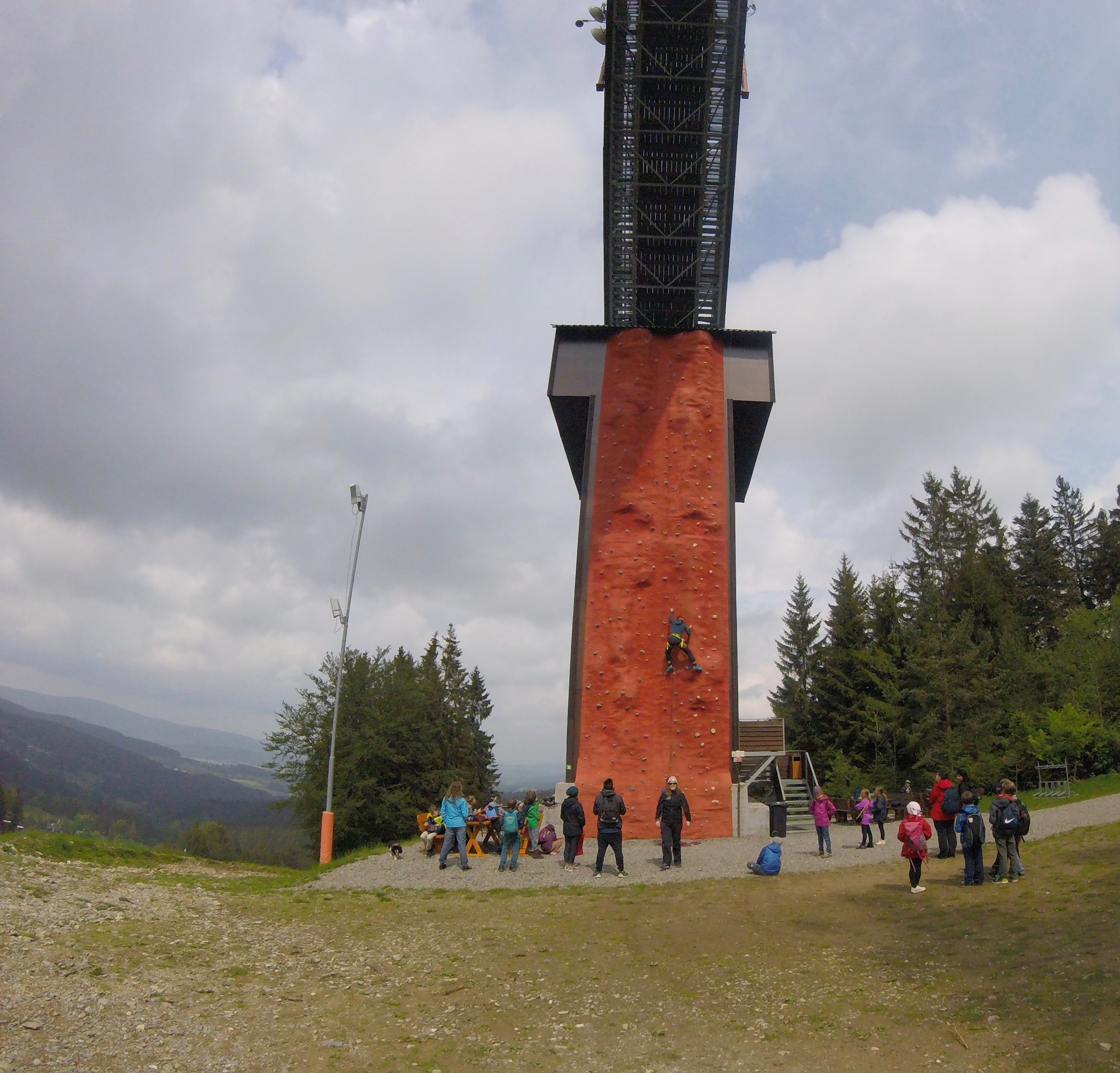 Once I’d left school I didn’t climb properly for a few years, until I started teaching it at my old school. This re-ignited my love of climbing, and although I wasn’t climbing much myself I was teaching it for a few hours every week. I fell in love with how it encouraged kids to push themselves out of their comfort zones, overcome fears and become more resilient. However it was during this time that I was the victim of a very traumatic event and, although immediately afterwards my life wasn’t affected, the PTSD eventually set in. Teaching those kids to climb became something to focus on, a brief distraction from everything that was going on.

It was in my final year of Uni when I really got back into it. I joined the mountaineering club and started going every week. I made some amazing friends, my uni attendance was pretty good and life started to seem a little bit easier. I managed to get on a plane for the first time, I started a new job and there were periods when I was genuinely happy.

Every time we succeed at something, no matter how big, we create new positive pathways in our brain’s reward system

It was after Christmas this year when my mental health reached an all-time low and climbing was quite literally a life saver. There were a few alterations to my medication, but I was in an extremely low place, I didn’t see the point in anything, harmed myself on multiple occasions and was very close to purposefully crashing my car. I ended up signed off work, not attending uni and not really leaving the house. One of my uni friends persuaded me to go climbing one day, and afterwards I realised how therapeutic it had been. For the 90 minutes I was there, I had no thoughts about anything other than climbing. It requires high levels of concentration, which incorporates an element of mindfulness. Being completely in the moment instead of thinking about the past or future was the perfect escape from the chaos that was my mind. That is incredibly hard to achieve in day to day life. From that day onwards, I climbed as much as I could because I knew it was a short escape from the PTSD.

The confidence boost is huge when I reach the top of a tricky climb or when I top a route that I previously couldn’t do. Sometimes I gave myself a shock. Numerous times I saw my friend do a particularly hard climb and I’d completely written myself off, told myself I couldn’t do it. I hadn’t planned to even attempt some routes until she encouraged me to, which I could not be more grateful for. Even when I failed, I learnt something, and it meant my technique improved. 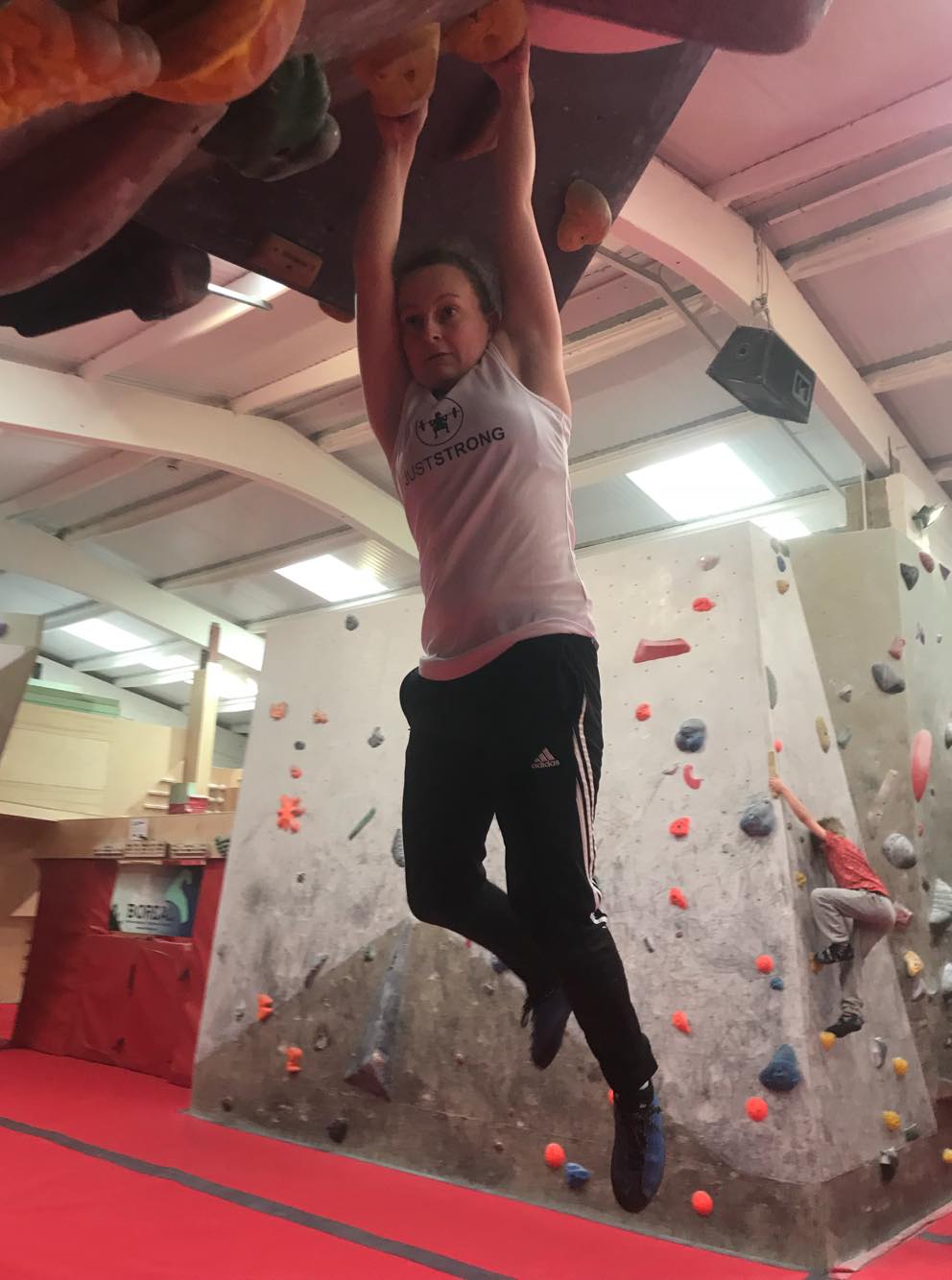 Slowly my uni attendance improved and the GP finally got my meds right which helped enormously, but I strongly believe that it was the climbing which helped me the most. The brief distraction was what I needed.

It is well documented that physical activity is beneficial for improving mental health problems, climbing boosts dopamine, serotonin and norepinephrine levels in our brains, which lifts our mood. A study done in Germany in 2015 found that bouldering had a therapeutic effect on people suffering with depression. Climbing can also improve feelings of self-efficacy which is also therapeutic. Every time we succeed at something, no matter how big, we create new positive pathways in our brain’s reward system. Rock climbing is far from your typical work out, it is a full body, full mind exercise. It combines strength training, and cardiovascular fitness which is why recently psychologists have started using climbing as a treatment for mental health disorders, more specifically a type of mindfulness therapy.

Climbing has taught me to face my fears, that being afraid is natural and how important it is to carry on despite that fear. If we stopped when we were scared, we would never accomplish anything.

I know that if I put my mind to something, no matter how many attempts it takes, I will succeed.

Hannah is an outdoor educator and mental health blogger

How Tennis Saved My Life

I Am the Master of my Fate