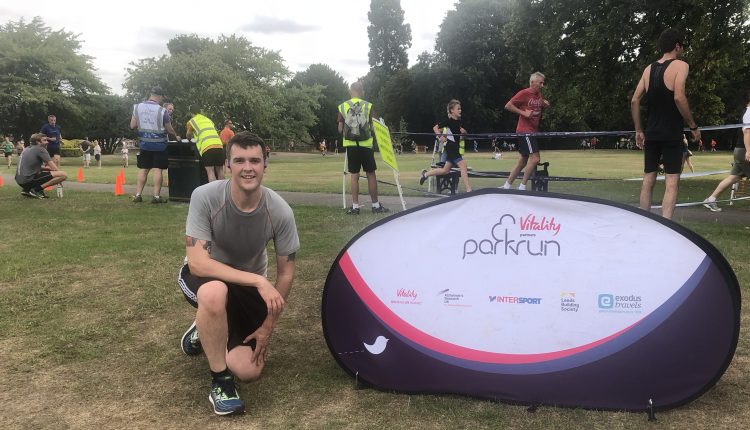 Four years ago Tom Dunning from Lincoln found himself in A&E twice in one night after experiencing psychosis. “Psychosis is different for everyone, but for me it feels like someone else has taken control of my actions and all I can do is sit back and watch. I would hear a set of voices, not so much an internal voice, more like people talking from behind me. Voices of people that I’ve never met before which makes the experience feel so much more real. They would say “Throw that chair. Smash that door. Punch that wall” and I feel I have no choice but to comply. Eventually when the psychosis passed it felt as if this monster had decided, “Yeah, I’ve had my fun, now you can clean this mess up”.

Following the traumatic impact of the psychotic episodes, Tom also found himself the victim of a series of cyber bullying attacks. The combination of these events culminated in Tom attempting to take his own life on several occasions. Through the support of his wife and family, Tom eventually found the strength to reach out and seek professional help, medication and therapy.

“I was diagnosed with depression and BPD (borderline personality disorder). Therapists have also linked the diagnosis with PTSD (post traumatic stress disorder) relating to the passing of my brother in 2009. Eventually after regular sessions with a psychiatric doctor, I was prescribed an anti-psychotic called Quetiapine which is still an on-going staple of my recovery. It keeps everything in check and has helped me build a confidence and resilience which has enabled me to understand more about my diagnosis and my mental health.”

We were always broke. I was shocked to realise that we were spending over £8,000 on takeaways per year.

However the medication had a detrimental affect on Tom’s appetite and comfort eating had also become a coping strategy. As he struggled to manage his relationship with food, his weight increased to over 23 stone. 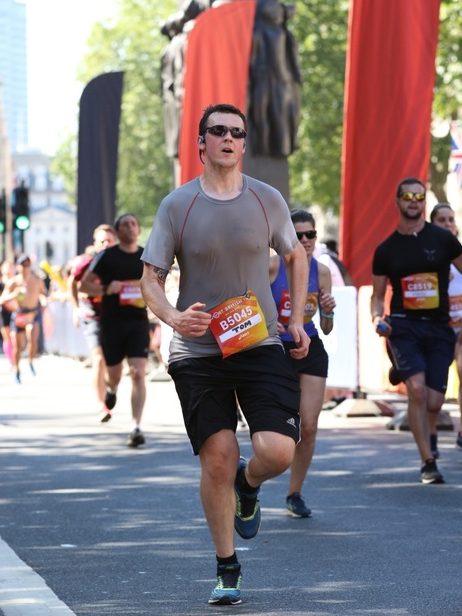 “My eating patterns were atrocious. I was lazy and spent every penny of my salary on takeaways. One night it would be pizza, next curry and that was all I ate. It was very rare the word vegetable was even spoken. I would come back from work, get the biggest bar of chocolate I could find and just go straight to bed.” The financial consequences were also putting a huge strain on his marriage. “We were always broke. I was shocked to realise that we had spent over £8,000 on takeaways in one year. Something simply had to change and my wife helped me take the first steps by joining slimming world.”

As Tom started to gain control over his weight, he also started to run short distances. “I started to see my weight loss as a project with a set goal and a clear target. For the first time, I had felt a true sense of dedication towards this project. I started out by running on a treadmill because I didn’t want anyone else to see me; it took a long while to realise that everyone in the gym is after the same thing and that really helped with my self-confidence.”

Tom is now a passionate and regular runner who feels that exercise has played a huge part in his mental and physical recovery. “Running helps me vent frustrations and stresses and allows me to have a positive outlet rather than a destructive and negative one. It helps to ground me and prevent any form of psychosis plus the feeling of freedom and fresh air helps enormously.

After a run, I am always proud of myself because I know how far I have come both physically and mentally. I like to get out running every day now with the odd rest day involved. I run on my own but I have recently started doing ParkRun which has also helped with my confidence. I usually have music on but some days I leave the headphones so I’m on my own connecting with the world, simply appreciating where I am and just being in the moment. When I can’t run due to injury, my mood isn’t great. I struggle with any other outlets as all my other activities (drawing, writing etc) put aside my worries but are not an actual outlet. One important thing that I’ve learnt, is to speak to my wife and family about how I’m feeling and I know I can rely on their support.”

Running helps to ground me and prevent any form of psychosis, plus the feeling of freedom and fresh air helps enormously

Tom is passionate about sharing his experiences to help others through his website www.mentalhealthrunner.co.uk and social media channels. He has also been approached to share his story through the TEDx platform. 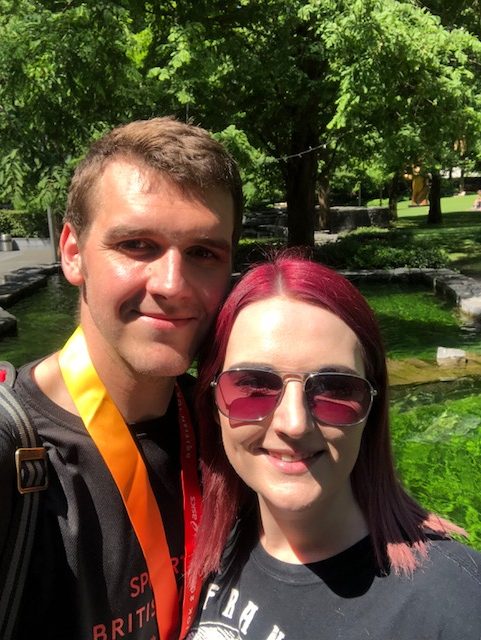 “I set up my website because I was personally attacked about my mental health issues. I felt I had come out the other side and many people unfortunately don’t, so I wanted to help share my story, my techniques and methods to help motivate and inspire those in mental health crisis. It’s okay to not be okay and there are people out there who are on their side. I wish I had this same resource when I was at my worst, as it would have helped and possibly even prevented half the suicide attempts I personally went though. It also helps me to know I am doing something to help support the mental health community by sharing my efforts and stories.

I know how hard it is to keep your head up, but talk about your conditions and set small but manageable goals to help with recovery. Think about where you want to be in a perfect world, take little steps and never be scared to talk about your feelings and emotions. You’ve got this, you may not know it… but you’re going to be so proud when you have got through it.

After you have gone through the first day of recovery, you are no longer a sufferer, but a survivor.”