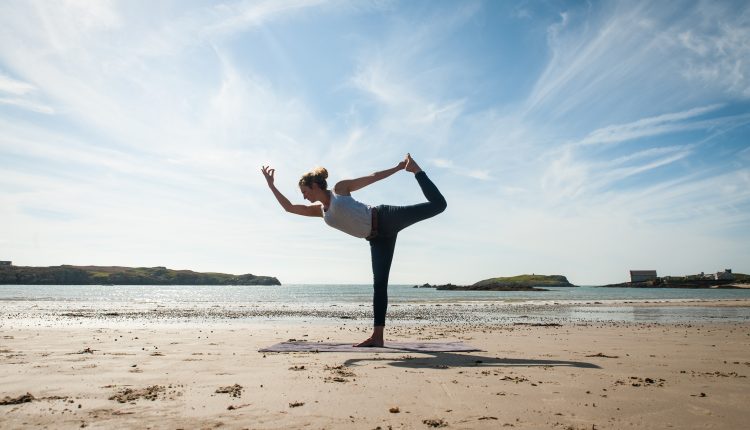 I was a big drinker for twenty years, I loved everything about alcohol.

I drank to relax, to celebrate, to socialise, to fuel adventures, to escape. Booze made me feel grown up, glamorous and confident. But over time, especially after becoming a mum in 2006, my casual drinking slowly morphed into a reliance on alcohol that made me feel uncomfortable and stuck. 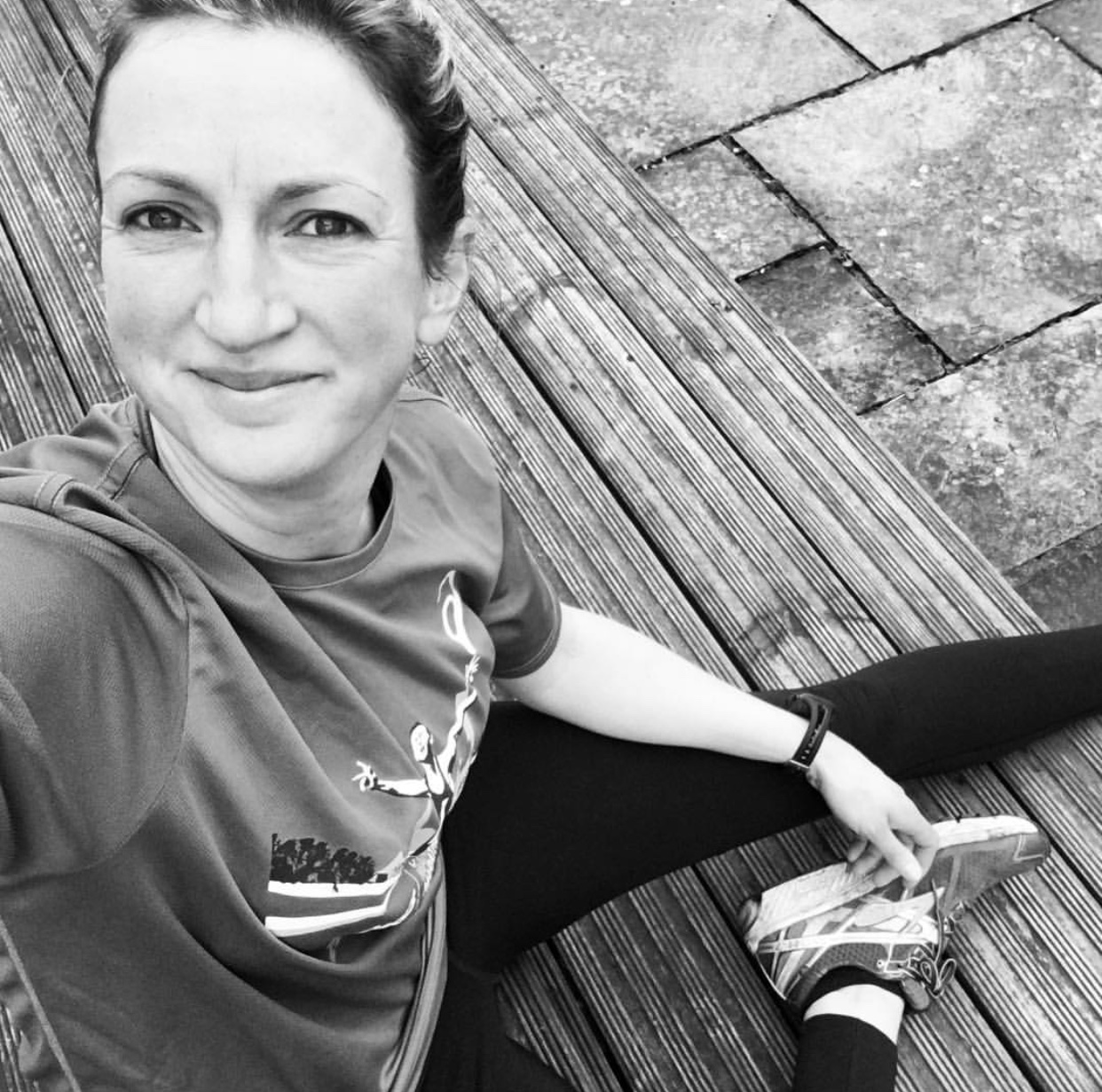 I tried to cut down repeatedly but found I could barely manage even one alcohol-free day. I don’t think anyone around me thought my drinking was particularly an issue but the way it was making me feel made it a problem to me.

One morning, in September 2015, I woke up feeling sick and tired and I knew something had to change. I hadn’t hit any kind of rock bottom but I knew I had to take control before I did. Moderation wasn’t working for me so, if I was serious about making a change, abstinence was the only option left. I opened up to my husband about it and we agreed that I should take a break from alcohol for a month. At that point, giving up for good was unthinkable.

Moderation wasn’t working for me. If I was serious about making a change, abstinence was the only option left.

Fast forward more than three years and I haven’t touched alcohol since that day.

It took so much grit and determination to move though those first alcohol-free days and weeks, and even now it can still be tough at times, but making this brave lifestyle choice has been totally worth it.

People often ask me how I went about stopping and it’s a difficult one to answer but I would say the key for me was to focus all of my attention on building new, healthier habits, rather than just fighting the old ones. Yoga, running, a healthier diet and building an online ‘sober tribe’ have all been really important parts of the process for me. 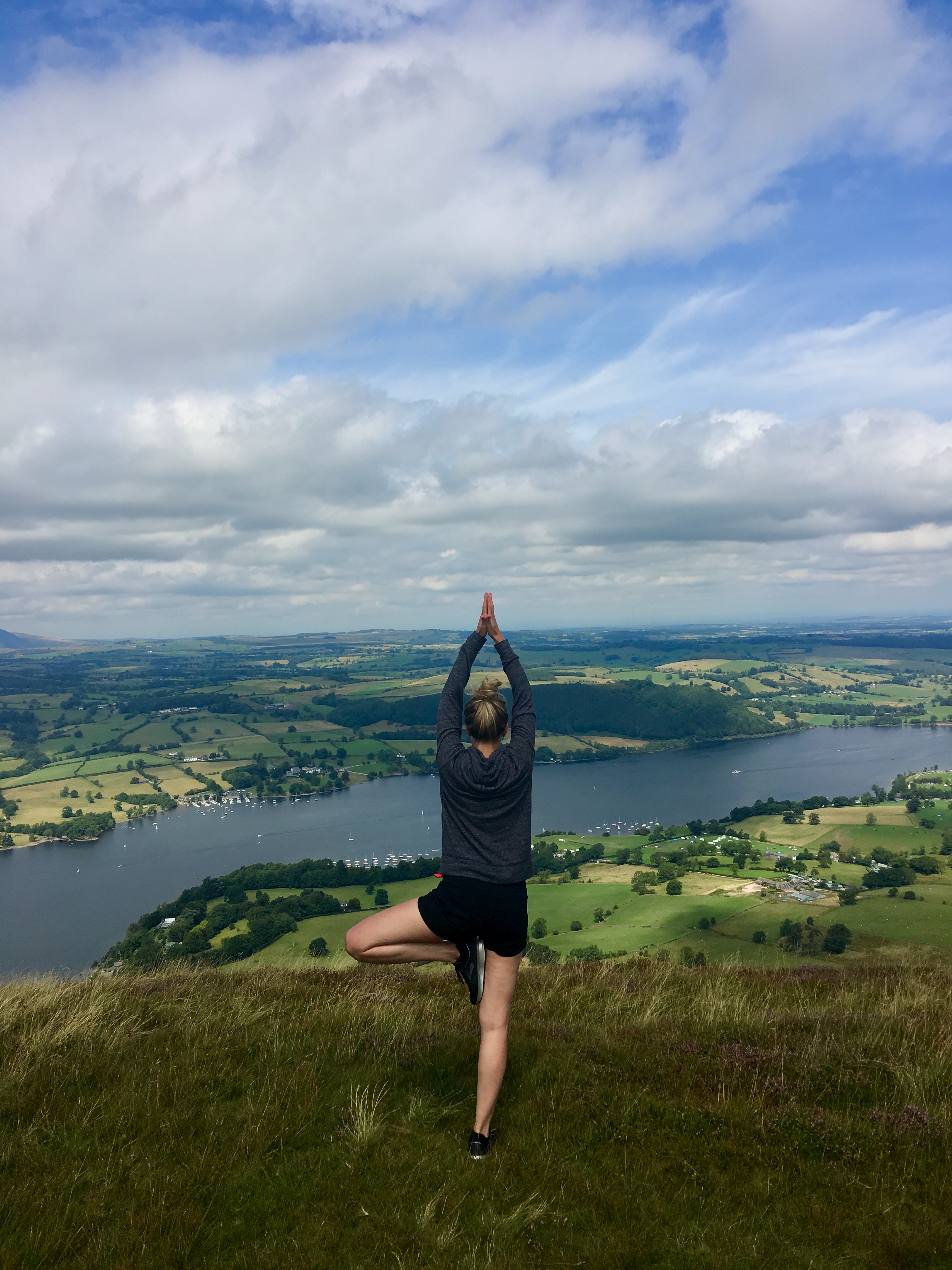 When I first stopped drinking I had a lot more time on my hands. I upped my yoga practice from one class a week to three and started to practice some form of movement and meditation every day. In a funny way yoga became the perfect substitute for alcohol. It provided all the things I had wanted from a drink. It de-stressed me, it gave me an escape from the busyness of family/work life and it made me feel calm, grounded and more confident. It also kept me physically fit… and there was no hangover or guilt afterwards!

I quickly realised that I wanted to deepen my understanding of yoga and decided to sign up for a teacher training course. This was another great way to focus all my attention and spare time on building a new and different lifestyle. After a year of study, practice and exams I qualified and started teaching a couple of classes a week. This gave me a great sense of achievement and it felt such an honour to be passing on my love of yoga to other people.

After a year of teaching classes I decided to take a break. I had taken on more hours in my ‘real’ job as a primary school teacher and was finding it stressful trying to juggle all my different roles. Since stopping drinking one thing I have learnt is that protecting my mental health has to be a priority. I will definitely go back to teaching yoga one day but for now any spare time I have is dedicated to my own practice.

Parkun fills me with gratitude and pride and kick starts my weekend with an amazing endorphin rush.

I started running about five years ago, when I was still drinking heavily.

I hadn’t done a lot in the way of cardio exercise before and I needed something I could fit round my part time teaching job and three young children (then aged 3, 5 and 7). I followed the NHS Couch to 5K programme and  found running for just sixty seconds incredibly hard in the beginning but I persevered. I ran my first Parkrun (a weekly, timed 5K) in February 2015. I was slow and stopped to walk several times but I loved it. I was hooked and tried to get to a Parkrun every Saturday from then on, if I could. Most weeks I was hungover. I was frustrated that I wasn’t seeing any improvement in my running and when I look back I can’t believe that I didn’t see how the amount I drank was affecting my fitness and so many other aspects of my life too. 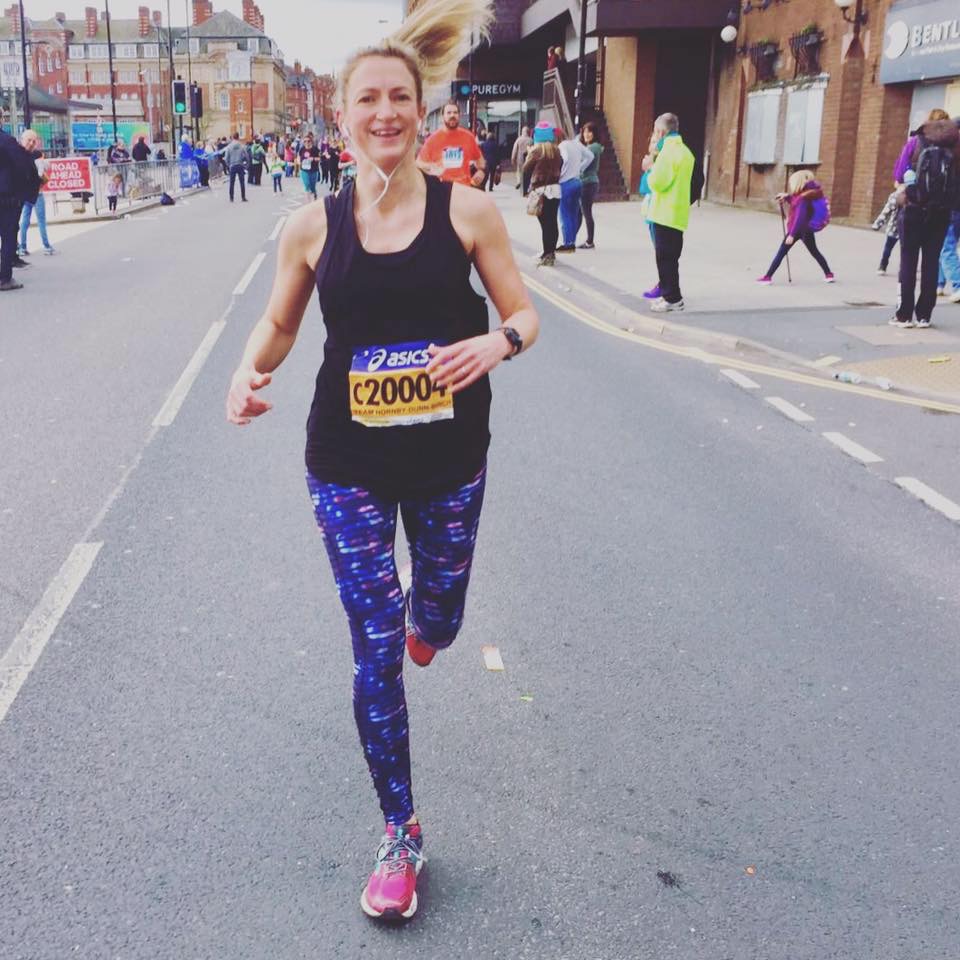 When I stopped drinking, running played a really important role for me, alongside yoga. I wouldn’t say I enjoy running while I’m doing it but the feeling I get afterwards is why I run. Most of the time when I’m running I’m arguing with myself as to whether to give up or not. But when I don’t, and I find my inner strength, that reminds me that I’m capable of so much more than I give myself credit for. Running gives me the headspace I need. A thirty-minute plod can clear a day’s worth of mind clutter for me. It gives me renewed mental clarity and keeps me physically fit.

I recently ran my 100th parkrun. These days I run it around six minutes faster than when I first started and the novelty of running early on a Saturday morning without a hangover has never worn off. It always fills me with gratitude and pride and kick starts my weekend with an amazing endorphin rush.

The list of physical and mental benefits to not drinking is endless: renewed energy; improved mental health; better quality of sleep; to name but a few. For me one of the most surprising benefits has been the huge sense of achievement. Every day I’m achieving something I once believed was impossible. I have an ‘actually I can’ attitude now because successfully breaking my drinking habit has made me feel invincible, like I can achieve or be whatever I want. I feel calmer, stronger and healthier every day.

These days sobriety is my norm. 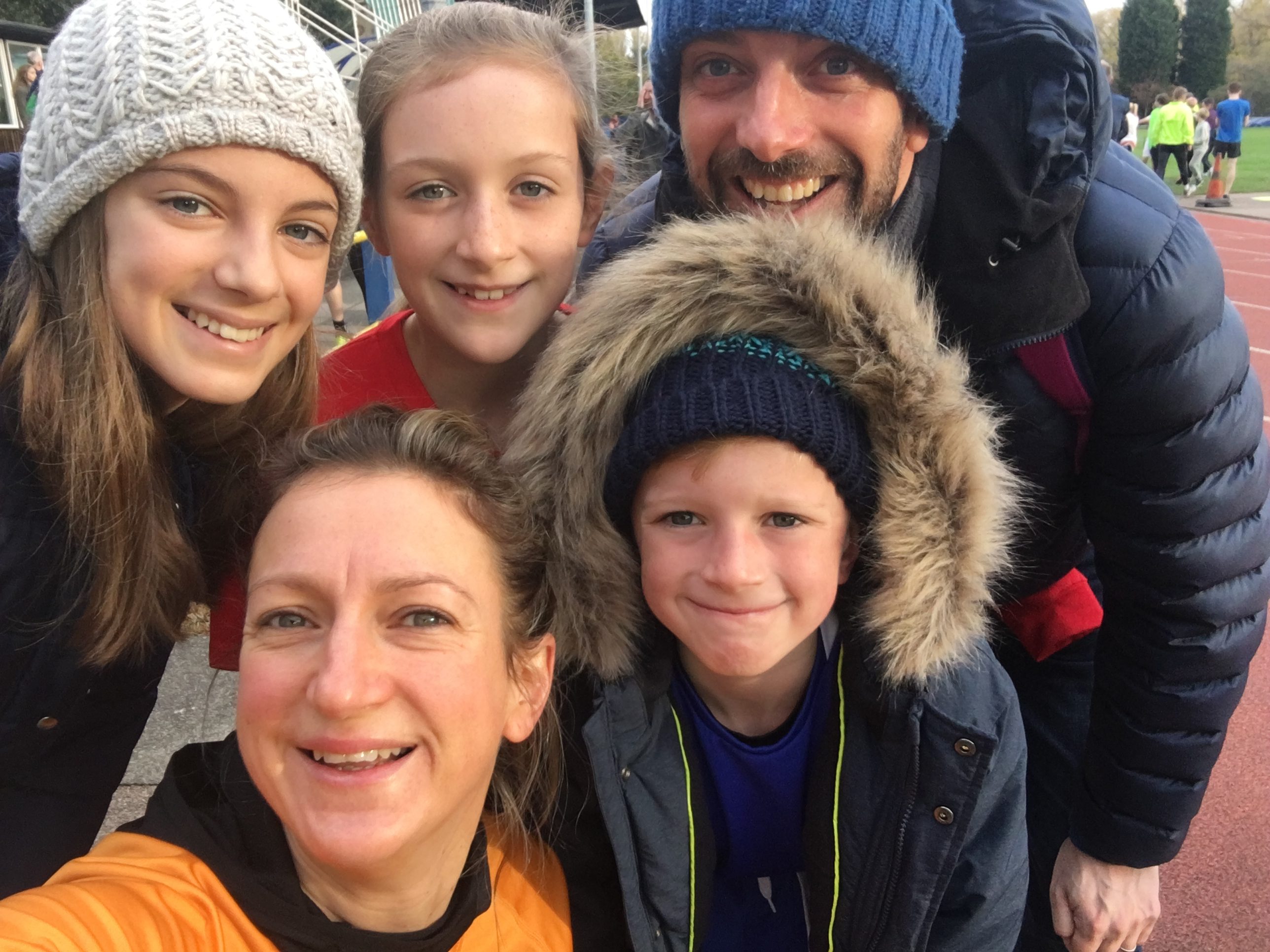 In the early days of not drinking I worried a lot about what people would think of my decision to stop and I was concerned there would be pressure from friends or family to drink. It turns out no one is really that interested in what you’re drinking or not drinking! I still socialise a lot and I don’t mind being around others who are drinking at all. People sometimes ask me if I still crave a drink and nowadays my answer is a confident no. Occasionally I miss the easy escape that alcohol offered, especially when I’m feeling stressed, but when I look at the bigger picture and at all the benefits of sobriety and the healthier lifestyle I have created, I could never regret the decision I made to stop drinking.

Susie is a primary school teacher and married mum of three

Riding Waves for Wellbeing with Resurface