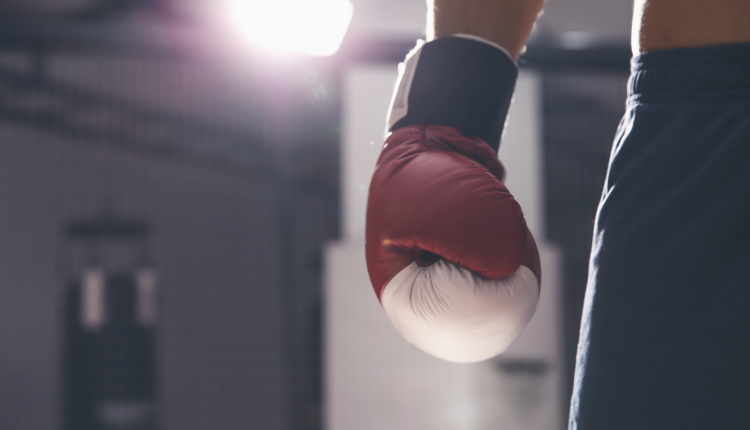 Boxing provided Connor Spratt with the fitness and physique that he always wanted, but his determination to make weight triggered an unhealthy relationship with food. He shares the experience that changed his values.

At 1pm on the 25th of March I had my first boxing match.

After three rounds, a piercing bell signalled the end of the fight. However, as one fight ended, another had begun – namely an ongoing battle with bulimia. I say this new fight began when that bell rang, but it is worth going back a few years to really understand why I ended up in this metaphorical arena with an eating disorder.

A year into university, I joined the boxing club really as a testament to myself. It would be such a great achievement if I could go on to box regularly considering how unfit I used to be. I was obese for all of my childhood and had only lost weight just before going university. I was never a sporty kid. This wasn’t really out of choice, I was just too heavy to keep up with my friends in any sport

But I loved boxing from the very first punch. 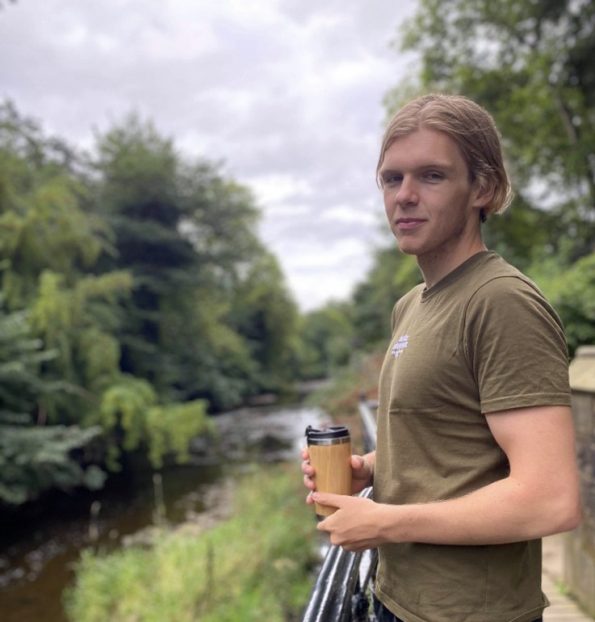 It gave me the routine that I lacked as a student, whilst giving me a chance to punch things. I was never an aggressive guy, but it felt pretty cool. More importantly it gave me a sense of strength that I had never felt before. I was improving in every session and could finally do things that I wasn’t able to as a kid. I could run, do push ups, do sit ups. It felt unreal.

Six months into going regularly and I was invited to take part in a competition. I had never been in a playground scrap let alone a full on boxing match! It was something I had never pictured myself doing. I was in. But there was one condition, I had to lose a considerable amount of weight to achieve the category for my fight. By then I was already a ‘normal’, sustainable weight, so I didn’t worry about it. I was just determined to prove myself. Look at this kid who used to be obese, now climbing through the ropes for one of the toughest sports out there!

My training was completely changed with the flip of a switch.

Previously I was training three times a week, going to the boxing sessions but having a laugh whilst getting fit. Now, with the fight date set, I began training twice a day, 5-6 times a week, hard every session. I was calorie counting, meal prepping every single calorie that I consumed, planning when I would eat and more. I became obsessed. As I started to lose more and more weight, I was getting more and more tired. However, I pushed on. I had to harden up if I wanted to fight and I just had to get on with it. 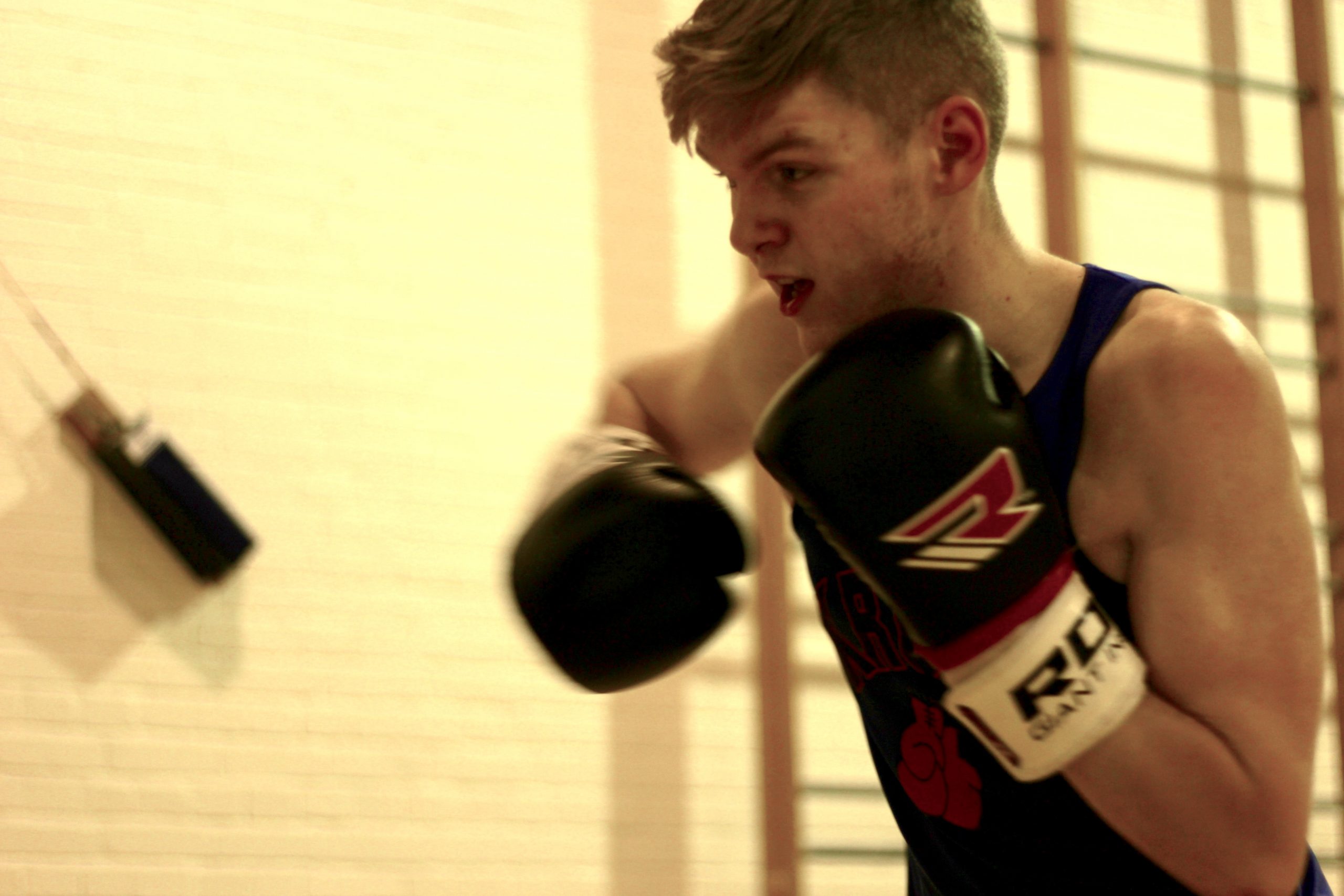 However, as I started to lose more weight, I started to receive compliments about how lean, fit or good I now looked. I hadn’t realised at the time, but I had associated my self-worth with losing weight. I had received many compliments when I lost weight before going to university, but they stopped when I moved home to study because nobody knew the obese Connor. All they knew was the Connor in front of them, just a regular dude. I missed those compliments about how good I looked when I was lost weight. Finally, they were coming back now I was training for a fight.

Losing weight was my drug and boxing was my shady dealer

During this time, I started to get really anxious about food. Although I was meal prepping everything, I was worried about gaining weight. If I gained weight, I would risk not meeting the weight category and letting down everyone around me. Furthermore, I was eating a lot less than my body needed with the amount of training I was doing. Food was just constantly on my mind, in a constant state of either eating or waiting to eat. I tried to suppress this obsession, treating it as part of the process of becoming a fighter, convinced I just needed to harden up.

March 25th came around and I had my first fight. 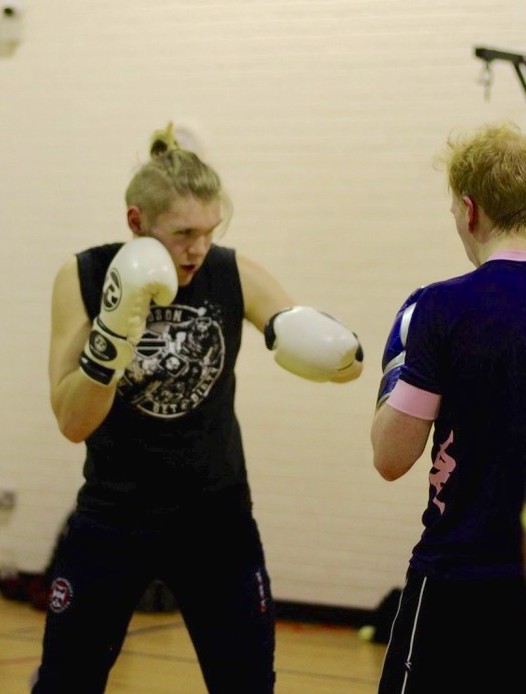 In truth, it was a good scrap and I’m proud I did it. However, this was nothing in comparison to what followed. Within twenty minutes of finishing my fight, I binged. I went straight to the canteen and loaded up on whatever I could. Nobody including me thought anything of it, if anything it was seen as funny. For weeks I was reading the Uber Eats menus more than I was reading my textbooks – I had become obsessed.

Now I was eating more food, so I naturally gained small amounts of weight. I was weighing myself multiple times a day at this point so I knew. Now I had a predicament: people only value me if I am losing weight, I can’t gain weight or else people will start to value me less. This led to a vicious circle, restricting to lose weight, but my body was fighting back to get food. I could hold off these urges for a while, but as soon as I started to crack, I broke. Restricting all day yet bingeing every night became a ritual for me. In the morning I ran or went to the gym, anything to burn off the calories I had consumed the night before.

It was an honour and a position associated with great leadership and strength, yet I was crumbling inside. I didn’t let it out because I had to be strong, like fighters are. I started to train for a second fight, still bingeing and purgeing like clockwork. I vividly remember training for hours but constantly on the verge of tears. I didn’t understand why I felt this way. The breaking point was picking up an injury that meant that I couldn’t do my gruelling workouts to burn up the calories. As I couldn’t exercise, I began to purge in ways that I don’t think need to be discussed here.

I had hit rock bottom and knew I needed help. I didn’t know what with, but I knew I did. I finally went to my doctor who helped refer me to a therapist. It was a real turning point.

I am mostly recovered now, but from time to time I do still struggle with anxiety around food and body image. Some may read this and think “boxing did that to him!”, however this would be unfair. It was my perspective that was the real cause of my problem.

Strength isn’t defined by the body

I had grown up for a long time being ridiculed for my body. When I began to lose weight and fall into the ‘normal’ bracket, it was a drug that I couldn’t get enough of. Losing weight was my drug and boxing was my shady dealer. It had given me the ability to lose weight and that’s all I cared about. However, boxing is so much more than that.

Boxing is a beautiful sport that teaches strength, resilience and clear mindedness. The physical benefits are great, but the mental benefits are the true reward from doing such a hard sport. The patience to learn the technique properly; the clear mindedness to control frustration whilst using your skills properly; the resilience to turn up to a session when you feel tired and unmotivated. These benefits aren’t boxing specific. By routinely practicing in boxing, we learn how to become a better, well-rounded human. However, my perspective was skewed and I didn’t recognise this. I was focused on losing weight and nothing else, that is simply what I valued in life. I was wrong.

Boxing is a beautiful sport that teaches strength, resilience and clear mindedness

My journey in boxing didn’t end there. When you hit bottom there are only two ways you can go: across the bottom or up to the top. I chose the latter. I’ve since worked as a boxing coach at the club and was hugely grateful for the chance to preach the real benefits of boxing. As I said, the physical benefits are fantastic, but it is the mental benefits that I tried to teach my students. By turning up today, when perhaps they don’t feel like it, they are strengthening their mind. This isn’t just to the gym, but to a lecture, a meeting or even a date. That is what I truly love about this sport and what is has done for me – provided the mental strength which in turn gives the foundation for the physical strength.

Keep on fighting guys, even if you’re at the bottom. It can be daunting, but it is also exciting as there is only more room to improve.

Running For My Reason