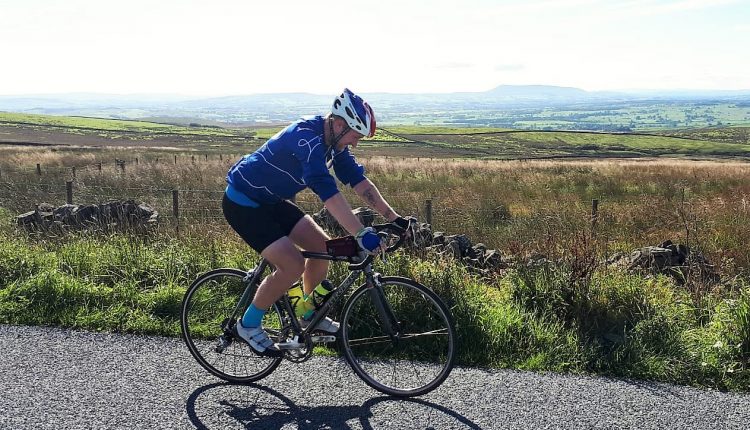 On 15th October, Ryan Anderton will take on an incredible challenge as he attempts to cycle round the coastline of Britain in world record time. He is using the opportunity to raise funds and awareness for the mental health charity Mind, an organisation which Ryan is passionate about following struggles with his own mental health.

“I look back now to when I was just 17 and can recall having suicidal thoughts. I rarely felt happy just being myself, but my solution was always to run away. I hoped I could escape these feelings but that simply doesn’t work when the real problem is sitting inside you. I knew very little about mental health, there were none of the online or social media sources of information we now have. I was completely unaware that it could have been a mental health issue, I just put the blame down to me being a ‘bad’ person.”

I felt useless, worthless and that the world would be a better place without me

Feeling under pressure aged 18, Ryan ran away to live and work in Dublin. At 24 he lost his mum to a brain aneurysm, struggling to cope he ran away to Greece. As Ryan approached 30, a relationship breakdown caused a serious deterioration of his mental health.

“I was admitted to a mental health hospital after attempting suicide in a B&B in Blackpool. I call it my Leaving Las Vegas moment after the film in which Nicolas Cage goes there to drink himself to death. I was in a self-hatred filled rage, I felt useless, worthless and that the world would be a better place without me. I also wanted to hurt someone that had hurt me. I wanted them to feel blame and responsibility.”

Following this incident, Ryan received sporadic treatment and life improved as he started a new relationship and his son was born. However a similar destructive pattern formed when this new relationship broke down and he was torn between running away or being back in Yorkshire to look after his son.

It was at this point that Ryan had a chance meeting with the men’s mental health and suicide prevention group Andy’s Man Club which he admits changed his life.

“The stress of a court custody case had led to me feeling tormented. I was starting to isolate myself, frequently drinking and becoming suicidal again. It was then that I stumbled across Andy’s Man Club one Monday night in January. I listened to other men with similar issues and started to speak openly about mine – I adopted the club’s #itsokaytotalk motto. I realised I wasn’t alone and that many men were and are suffering in the same way. At Andy’s Man Club I felt true empathy and understanding. It changed my attitude and life finally started to make sense. The signs were always there to show that I frequently struggled or repeatedly got myself into trouble and suicide, escaping or alcohol felt like my only way out. It was being triggered by situations that I often caused in a self-destructive or spontaneous moment, but I always let them spiral out of my control because of illogical thinking.”

It was also Andy’s Man Club that sparked Ryan’s passion for cycling.

“I started riding to work (a 20 mile round trip, five times a week) plus the odd social ride with friends. This led to my participation in a 120-mile, two-day mental health awareness ride with Andy’s Man Club; then came a 10-hour, 271 km fundraising event for The British Red Cross; and next an eight-day, 1,036 mile fundraising cycle from Lands End to John O’Groats.

Life was getting better. I still had problems in the background but I had a new found strength, energy and hobby. I was also building a better relationship with both family and friends. I had a greater understanding of my own mental health and had discovered a reliable well-being tool, cycling. I was finally coping.” 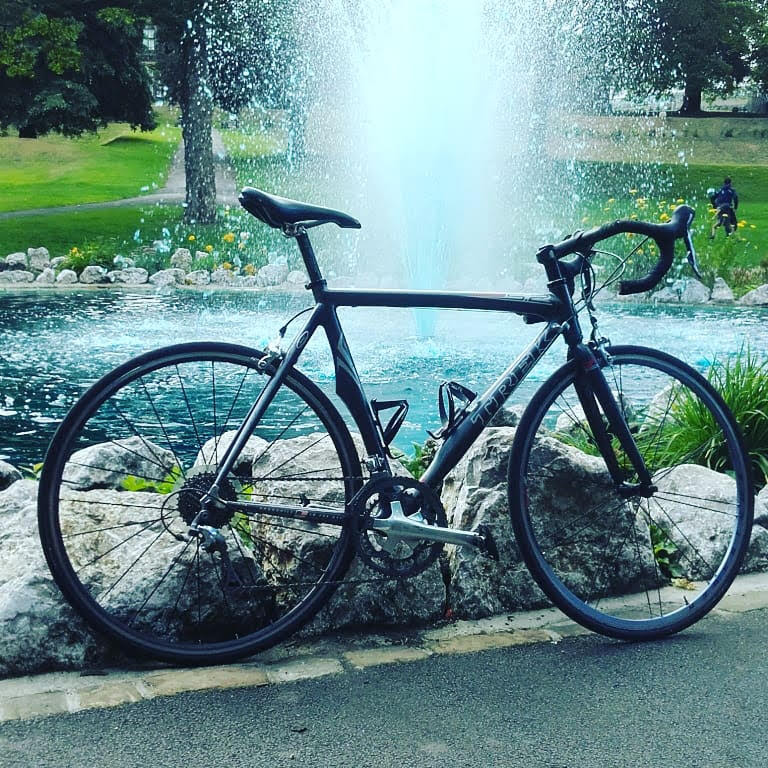 “I’ve always been quite a sporty and active person but cycling provides a more extreme physicality that I was missing. It also suppresses my need to escape. I was riding to different places giving me time to reassess my thoughts whilst in a positive mental place, not the previous negative and drunk mindset. When I’m cycling I am free. I have no worries about anything apart from the next pedal stroke, the next corner or the next hill. It’s just me pedalling, avoiding potholes, drains and traffic – heading somewhere new or to see a friend or maybe without a plan at all and just allowing life to come to me.

I’m trying not to resort to cycling too many miles in what is often a bit of a daze just to take away the pains and torments of an overactive mind. I don’t want it to become an unhealthy obsession, so now I can go a few days without cycling. Although I do notice my mood lowering without the buzz of the open roads and the scenery even from just a short adventure out.”

Ryan admits he hasn’t fully recovered and in February this year, after some difficult life events, he had four hours of madness as he wrote a suicide note on social media and ended up on a train track. But it was this set back that convinced him to establish the concept he calls Recycle Yourself. He started by riding 50 miles everyday for 50 days as he attempted to use his passion for cycling to make permanent life changes.

“I wanted to do something to get myself into a routine of cycling every day and prove that if you put your mind and body to something, it can be done. I started to see that I was inspiring other people to cycle, or to run or just to start a hobby. Finding what works for them, so they too could see the benefit in having a wellness tool. I could sense I was making a positive difference to others and I now want to see if I can spread this positivity further.

I could sense I was making a positive difference to others

Talking about it is the first step to recovery – admitting that you have an issue you have to overcome. For me talking and having my cycling well-being tool have improved all areas of my life. I am emotionally and physically stronger to cope with the situations that in the past made me crumble. 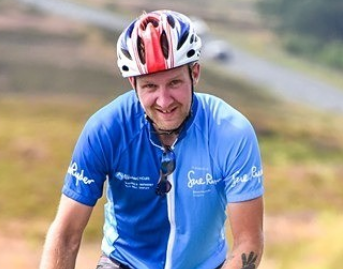 Life is like cycling – its not always easy or fun, you face obstacles and challenges but if you endeavour to push through these, you are often rewarded by reaching your destination or achieving your goal. Once you’ve proved you can overcome one challenge, the next obstacle doesn’t seem as daunting.

This is why I will be setting off from Blackpool on a 4,802 trip around the closest coastal roads of Britain on a mental health fundraising and awareness ride. If successful, it could lead to me being a world record holder. I will be cycling for about three weeks, averaging approximately 228 miles per day. I am doing it all for Mind which I consider to be the cornerstone of the mental health charitable sector in the UK.”

Ryan is a mental health advocate, speaker and father from Yorkshire