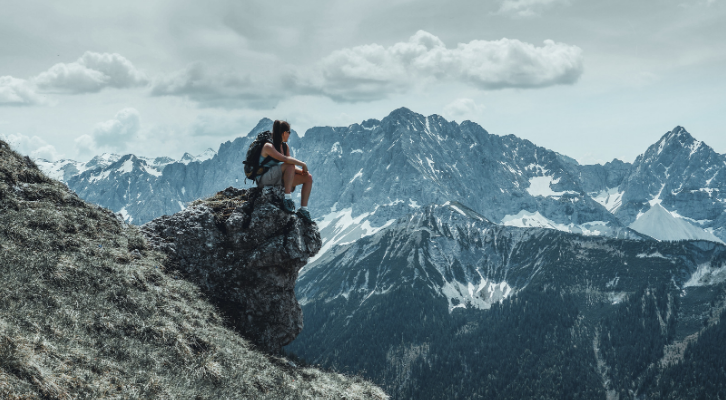 Quite often on social media, I see the hardcore achievements of others.

Summiting major 8000m peaks, skiing down 50+ degree lines or driving around the world. Although this is inspiring, it sometimes makes me feel like I am not doing enough or that I have to push harder.

In 2005, due to agoraphobia, panic and depression, I would only leave the house with someone else and would avoid certain situations such as busy shopping malls, traffic jams or routes that went through tunnels. Through TV and the internet, I saw people accomplishing challenges. This was at a time that mental health wasn’t on the internet like it is today. I wanted to do those things, but how?

I could see the ridge to the summit, but my anxiety simply got too much

Long story short, it took a lot of perseverance to set goals and work towards them while learning how to manage my mental illness. I was then able to start by leaving the house alone, start jogging, then hiking in the Lake District and eventually summiting Kilimanjaro in 2009.

In truth, the outdoors along with therapy and loved ones saved my life.

The outdoors brings with it a sense of mindfulness, the smell of the air, the clinking of my via ferrata set on the steel rope, the warmth of the sun on my skin or the crisp winter air on my face. Since then I have shared stories of ski touring in the alps, ski mountaineering in Norway, jungle hiking in Sumatra and via ferratas in the Dolomites. Each day out has a story regarding anxiety, whether it be mindfulness or a full-blown panic attack. 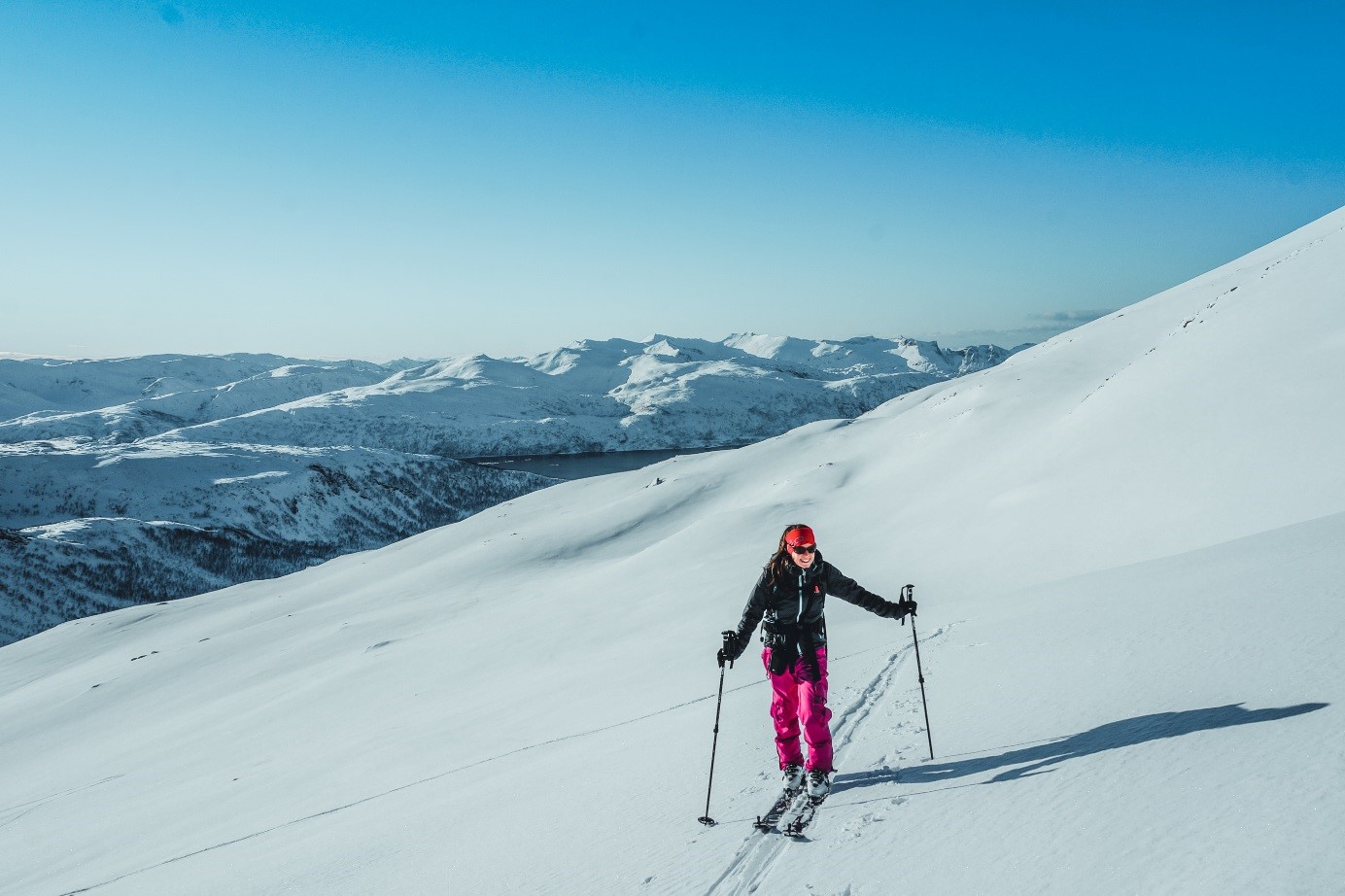 People have written to me and said they find it inspiring to see how someone with anxiety and depression can eventually do enjoyable activities. Each time, I feel it is important for people to know that I do have limitations, I don’t always summit and that not every day is a good day, but it is far better than it was in 2005. Although the mountains have helped my anxiety and depression greatly, there are also times that I am limited by mental illness.

My recovery is a constant journey and didn’t stop when I summited a mountain.

When I was slow or didn’t summit, I would later punish myself with hateful comments, my mind would race with thoughts of needing to achieve more and push myself to train harder. I would think back to these “hardcore” people I saw on social media and it made me feel like I wasn’t doing enough.

After climbing Kilimanjaro in 2009, I’d mentally punish myself for not being at the summit for sunrise. At Stella Point, I passed people who were on their way down; they had already watched the sunrise at the summit and I still had 145m left to go with a thumping headache, exhaustion and to make matters worse my drink had frozen.

By punishing myself up, I only saw the negatives instead of the positives. I made it to 5,895m with asthma, menieres disease and anxiety: that is awesome, no matter what speed I did it at. 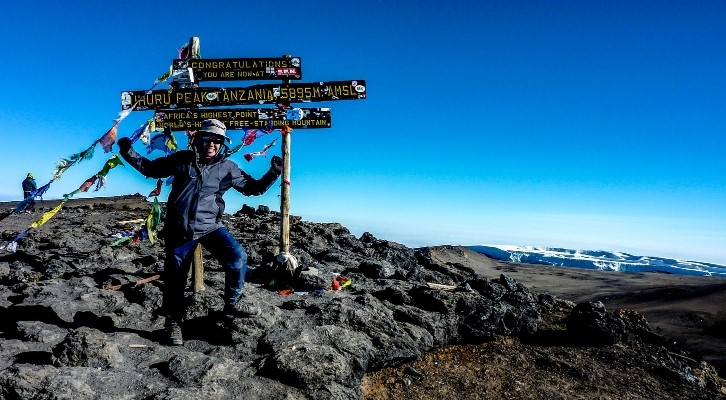 The turning point for beating myself up happened in 2015.

In the August I arrived in Saas, Switzerland to climb Weissmies (4,017m). The first day I ascended from Saas to the Weissmies Hut at 2,726m which was a pretty easy 1200m ascent with lots of marmots en-route! I spent a sleepless night at the Weissmies Hut and started the ascent to Weissmies at 05:00 the next morning.

Fuelled with exhilaration, it didn’t seem to faze me that I had no sleep the night before. The stars started to fade as the darkness started to give way to lighter hues of blue. The crisp air became more palatable and at 3500m I watched the sun peep over the surrounding 4000m peaks in the East. Finally, as daylight broke, the chilled skin on my face began to slowly warm and it was time to shed a few layers! 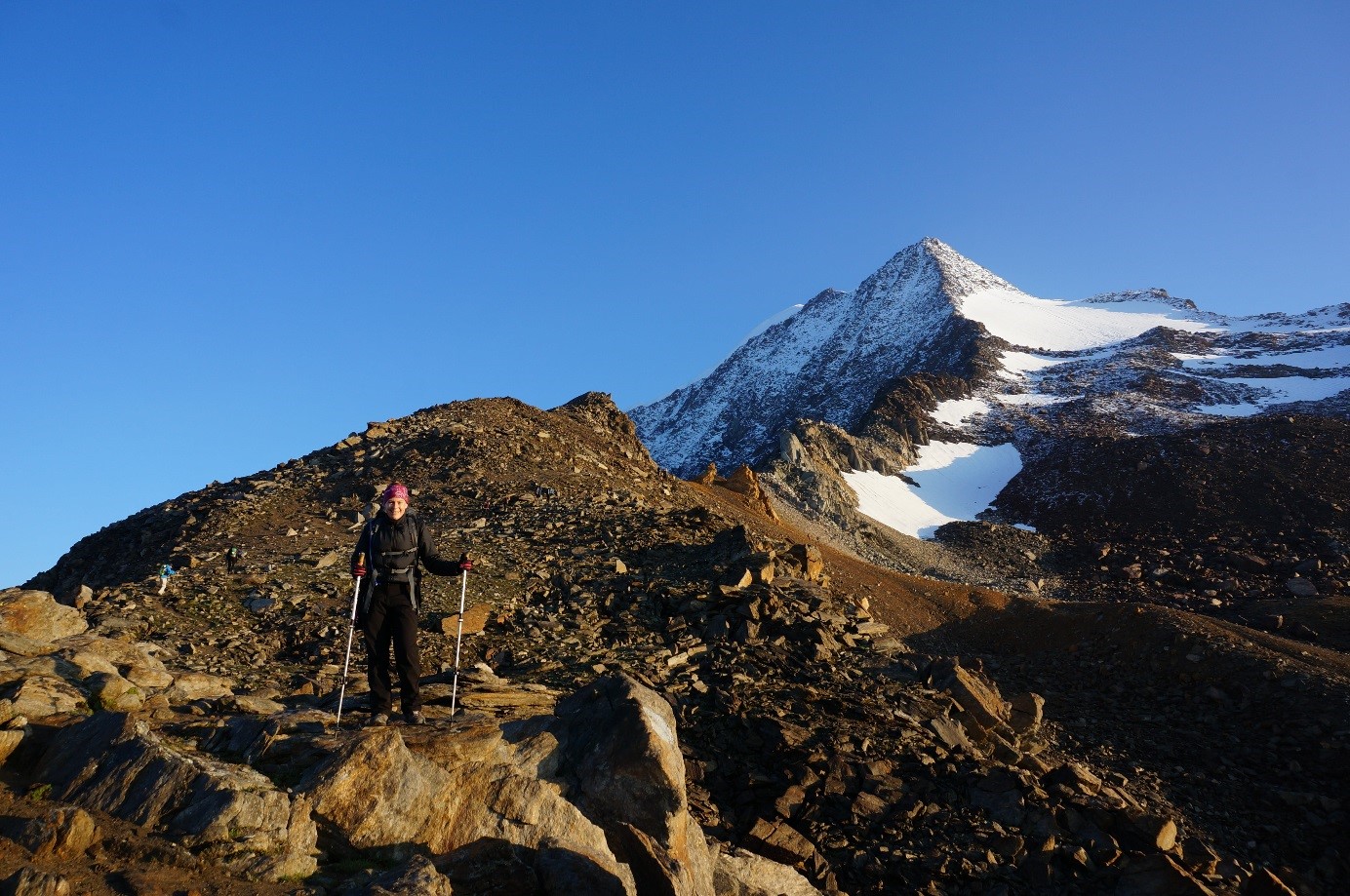 As I ascended to the penultimate section of the ascent, I put on my crampons. The south ridge is a combination of rock, ice and scrambling.  As for the altitude, I had a bit of a headache, but generally felt fine. I started on the scramble and suddenly my chest felt like it was home to an atrium of 1000 butterflies fluttering around. The rational side of me couldn’t shake thoughts of slipping off the ridge scramble and dying or that my meniere’s disease was going to kick off.

My hands were clammy, and it felt as though someone had gripped their hands around my throat, the voices of people next to me seemed distant and my Elvis leg (nervous leg when climbing) was causing a distraction; I couldn’t see the great handholds due to the panic.

I could see the ridge to the summit, but my anxiety simply got too much.

Although I was now out of the panic phase, I was shaky and exhausted from it; ultimately my mind had zapped all my physical energy. Subsequently I decided the next section of the ridge was not a good idea. So, my wife and I decided to turn around.

Other days this would have been achievable with little to no anxiety. Thinking back, this was a stressful time for me; I was about to swap jobs and it was my first year living in a different country. Consequently, life stresses make it harder for me to handle my anxiety triggers and the accompanying “what ifs”. Consequently, this can affect my performance in the mountains.

But you know what? That is totally normal and it’s ok.

To create less pressure and to make mountaineering with anxiety more bearable, I ask myself “what is important from a trip or expedition?” If reaching a summit or end point is the goal, then I have to be realistic and think this might not happen. After all, even the fittest and most experienced mountaineers might not reach a peak or end point due to circumstances out of their control such as weather, avalanches or injury.

So, what did I learn from this? 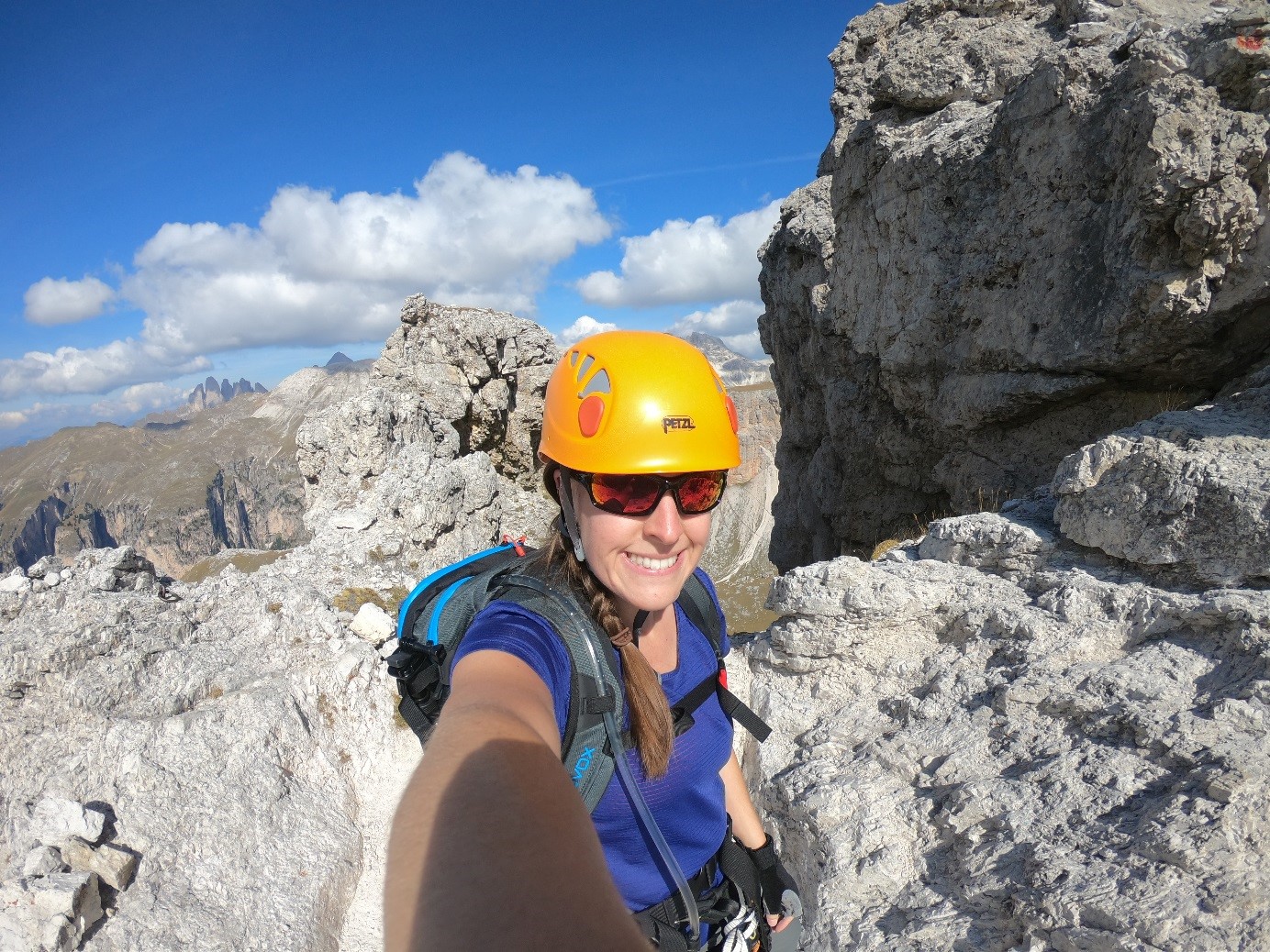 Adventurer and mountaineer coping with anxiety and asthma