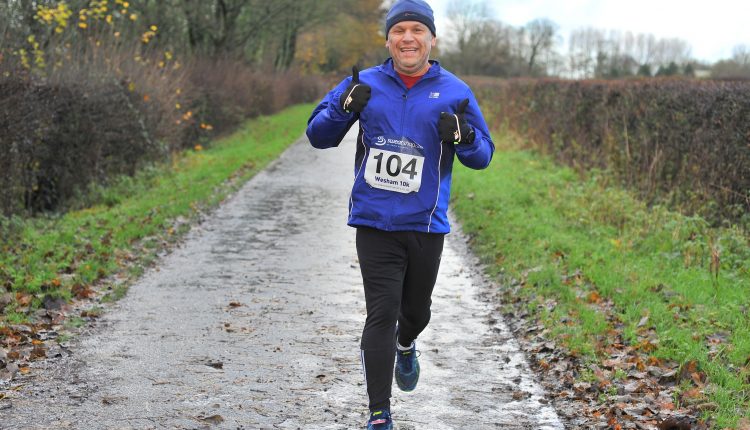 I Can See Clearly Now

Last January, I reached my 50th birthday. At one point in my life I genuinely believed that wasn’t going to be possible. Life for me has been a struggle.

At four years old I lost my right eye

I suspect that was the start of my shyness and lack of confidence. I will never forget that day, aged 8, when I coughed with such force that my glass eye dropped onto the school desk, it seemed to bounce along the desk forever. Everything went quiet, everybody just looked stunned. After a long awkward silence, the teacher as surprised as everybody just advised me to go to the bathroom. By that time I had learned to insert and remove my glass eye. I was visiting the glass eye doctor about 3 or 4 times a year. His suitcase had layer upon layer of glass eyes all staring up at me… all just part of my life in those days.

I had little confidence and although I joined in with other kids playing football and British Bulldog, I was never good enough to make the team and was often one of the last to be picked. That feeling stayed with me. It’s not nice being the last person picked and almost certainly because of my eye.

Life at secondary school was pretty similar to junior school. I was still very shy and continued to struggle with confidence issues so while other boys confidently chatted to girls I was usually stood on my own. I was regularly bullied. I was different to other people. My eyes weren’t the same as everyone else and for that kids stared and called me all sorts of names. When I look back now it is something I have never forgotten and probably contributed to my relentless weight gain when I left school.

I still took part in sports at school. In fact I thought I did pretty well for a kid with one eye even making the football team once or twice. From about 14 years old I got in with a bunch of lads who were friendly to me and I’m proud to say I’m still good friends with them today. But it hurt that every lad in the year seemed to have a girlfriend, except me. None of the girls even looked at me, they were more obsessed with John Taylor (Duran Duran) and Andrew Ridgeley (Wham) lookalikes but I just carried on with life.

It was at polytechnic that my mental health deteriorated

I started feeling down all the time but I couldn’t understand why. I partly blamed it on my eye and the assumption that I was different which made me more isolated, more lonely and more bitter. I struggled to talk to my parents as I didn’t feel they would understand but my mental health was seriously deteriorating. Despite some counselling sessions, I suffered from a series of panic and anxiety attacks and started to convince myself that I was going to die.

I have no doubt it was the culmination of all these triggers that caused my overeating. I would have breakfast and then snack all day. Pies, crisps, chocolates, fizzy drinks, pasties and McDonalds. Then I’d go home and follow this up with a big tea. The weight just piled on and on. I was still trying to exercise (squash and 7-a-side football) but I was clearly consuming more than I was burning off and I continued to gain weight. The doctors confirmed high blood pressure and high cholesterol – “sorry son but you’re going to be on tablets for the rest of your life”, I will never forget those words. Three sets of blood pressure tablets and a cholesterol tablet each day, but it simply didn’t change anything. I just kept eating and eating, growing bigger and bigger. I sunk deeper and deeper into depression. I was that person with the miserable face every single day, walking around with a cloud of rain permanently my head

Something positive finally happened in my life at work

I met a girl at work and we clicked. She looked beyond my appearance, my weight and my glass eye and we hit it off. I always think she was very brave choosing me, she just took a chance and I’m proud to say we eventually got married.

Around the same time, a colleague at work asked me if I wanted to do the Great North Run to raise money for our local hospice. I just laughed at him, but he kept convincing me I could do it, even if it meant walking the whole way. I decided to go for it but in truth my training was non-existent! How naive to think I could do it without any training. A half marathon is a long way but at least it was something else positive to cling onto. My approach to life was starting to change, it gave me some hope. Standing there at the start line with thousands of others and the Red Arrows flying over, I could finally feel a sense of pride.

The Great North Run was so hard

I finished in 4 hours and I was sweating profusely. I also realised I was peeing all the time during the event which at the time I assumed was just nerves, but on the train back home this continual thirst was killing me. When I got back to Manchester I remember downing a full litre of water. It was strange. I felt great, I had completed the GNR and had the medal to prove it but the thirst and having to go for a pee simply wouldn’t go away. 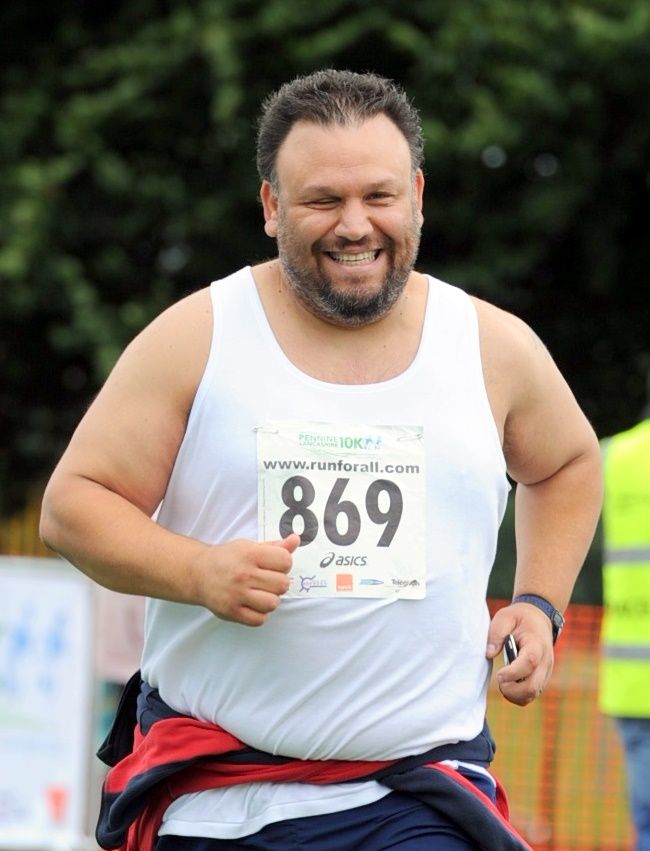 That was when the doctors confirmed it – I had type 2 diabetes and would be on 4 more tablets a day. That elation and pride immediately disappeared and my head just went. More tablets, more feeling sorry for myself and more depression. I felt trapped again and so the familiar pattern of overeating restarted and my weight increased again. Mood swings and a feeling that everyone was staring at my eye. I thought sod it and took my glass eye out, much to the annoyance of family and friends as I was now walking around with a hole in my head in. Some people stared, some couldn’t look me in the other eye. I just thought that’s who I am, so why should I wear a glass eye because society deems I must?

I ballooned up to more than 22 stone and by now I could hardly walk or even breathe properly, life had become intolerable. I’m still surprised that my wife stuck by me. I also had to cope with the loss of my father. He had a glioblastoma grade 4 brain tumour and we lost him within six months of diagnosis. I was utterly heartbroken seeing him lying there motionless on that bed, but those emotions kick started something inside me. It made me suddenly determined not to end up like that. It was time for a permanent change. I told my wife I needed to get fit, she just smiled and said that she had heard it all before.

This time though I was on a mission

I downloaded gps tracking apps and calorie counting apps and just started walking. I was cutting out all the rubbish I used to eat and moving to a low carb diet. Sugar was an absolute no no.

Those first few weeks were the hardest but slowly I started to feel better and more positive. As I got quicker walking, I entered a few runs to motivate me and decided I was going to enter the Great North Run again and beat that 4 hour personal best.

As the months passed I ramped up the training and signed up for four or five 10ks. The weight was just dropping off me. I had willpower and determination and the depression just vanished. I started to feel incredible. The blood pressure and cholesterol were the first tablets to be reduced and eventually removed. I was ecstatic. Seeing the diabetic nurse was now all about victories and weight loss and lower blood sugar readings. My diabetic tablets were reduced and eventually taken off me. I had got rid of 8 tablets a day, felt great and my mind was in such a good place. Training was going extremely well. 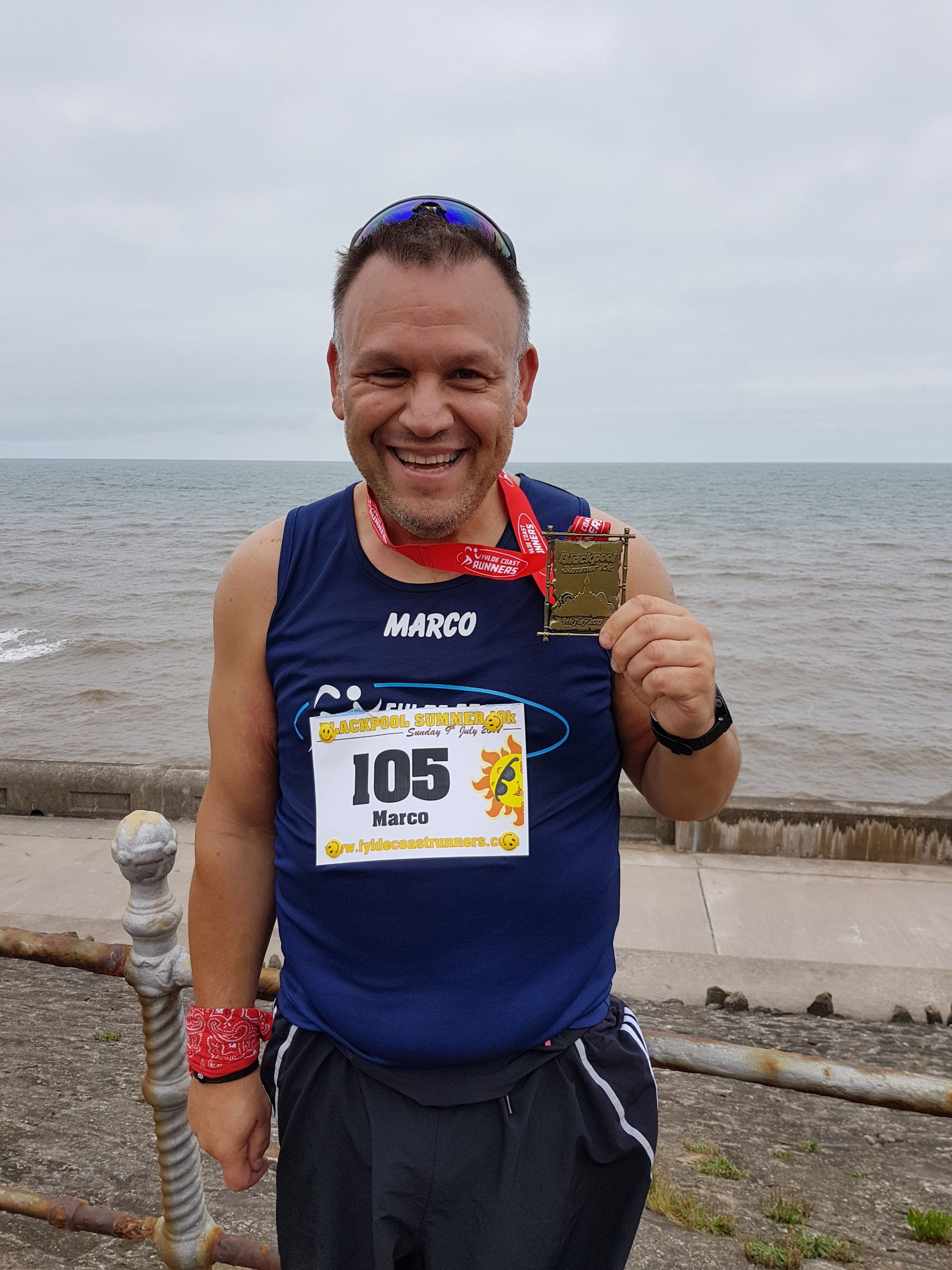 I had gone from a 46” inch waist to a 32/34” inch waist, XXXL clothes were now a wonderful L. After the 10ks I got to the point where I didn’t need to stop anymore on my runs. I wasn’t walking, I was running. Don’t get me wrong, I wasn’t a fast runner but I was out there doing it.

The Great North Run went well and I completed it in 2 hours and 53 minutes and with the support of friends and families I raised over £2000. After that I signed up for more and more races and challenges. Truth is I love the medals and collecting them as well. I did the Chester Metric Marathon (16 miles) and signed up for the Manchester Marathon in April 2018. Mens Running featured me in an article for their magazine as “Weightloss Hero” and Mens Health also contacted me for an article. I was on top of the world, brimming with confidence and feeling like I was 20 year old, but this time a healthy one. I completed the marathon in April in Manchester and have signed up for another in October along with 20 more events.

I continue to run and just love it

It’s all about keeping fit and finishing runs. I don’t even look at my times anymore, I just look at the finishing line and the wonderful running community around me. I am still married and have two grown up step children who I adore along with my wife. The support I have had from friends and family has been overwhelming. Total strangers have shaken my hand and asked for advice. I can truly see clearly now and just hope my story inspires others to get fit and healthy.

You only get one life so make the most of it. 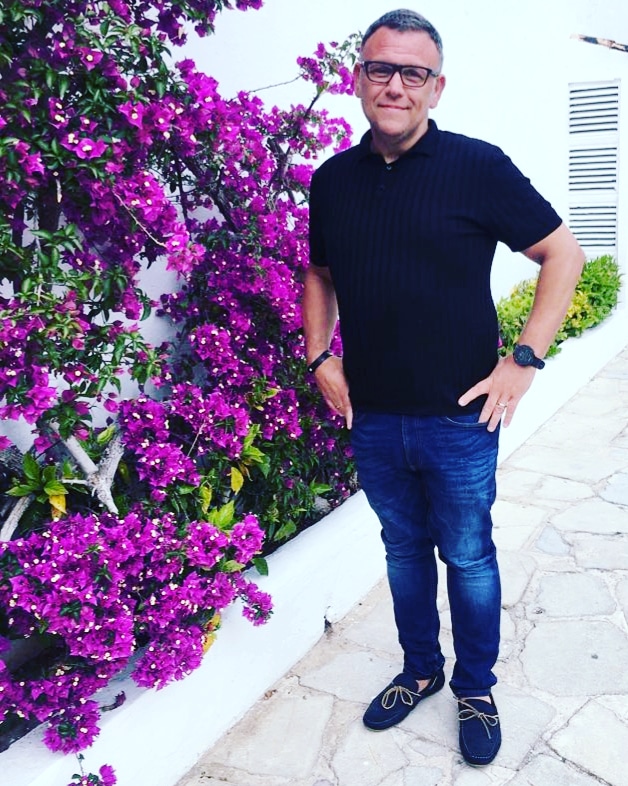 Marco is a runner and weight loss champion from Bury, Lancashire