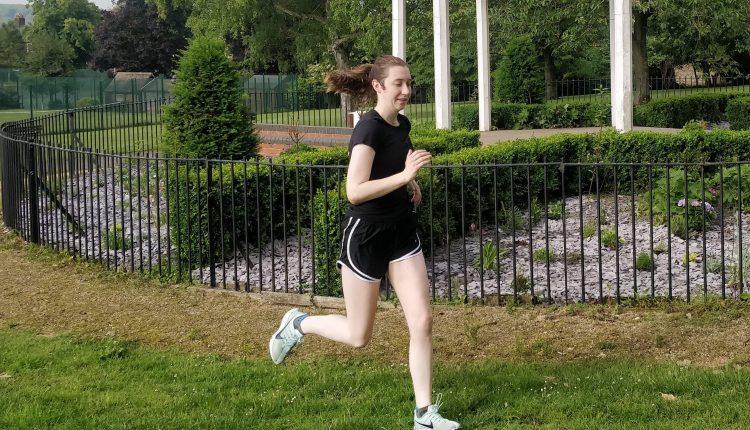 Perfectionism means I am never good enough at anything.

I was never thin enough, clever enough to do a PhD, fast enough to be a runner, kind enough to be a friend. It was a vicious cycle, attempting to achieve something almost impossible. Not because it would make me happy, but because it was the least I expected from myself. This might seem like a crazy amount of pressure and the exhausting extents I went to eventually led to my mental health crumbling without me realising.

I have been a perfectionist my whole life, I was a hyper-active kid who played sport eight times a week. It was my coping mechanism, it was how I dealt with the pressure. I never recognised how intertwined my mental health and exercise were until exercise was taken away.

At sixteen, I had an accident and fractured my pelvis.

I was in an immense amount of acute and chronic pain which  was followed by a period of bullying. My previous confident self was slowly fading away. Without any release, this  pent up emotion resulted in bouts of depression or outbursts as panic attacks. I was struggling to concentrate at school and I got a B in Chemistry AS-level, my favourite subject. I had failed at sport by being in a freak accident, I was failing at school and I was failing at being happy too. I was failing at everything.

I never recognised how intertwined my mental health and exercise were until exercise was taken away.

My fear of failure became overwhelming, the level of expectation and pressure surged higher. Failing at sport meant I began failing in another category too, my body shape. I had lost muscle tone and put on a bit of weight. The eating disorder became my absolute final attempt to take back control. I thought the eating disorder put me in control but that was never the case, instead it was a dangerous coping mechanism distracting me from my anxieties and this is what makes eating disorders so difficult to escape from. 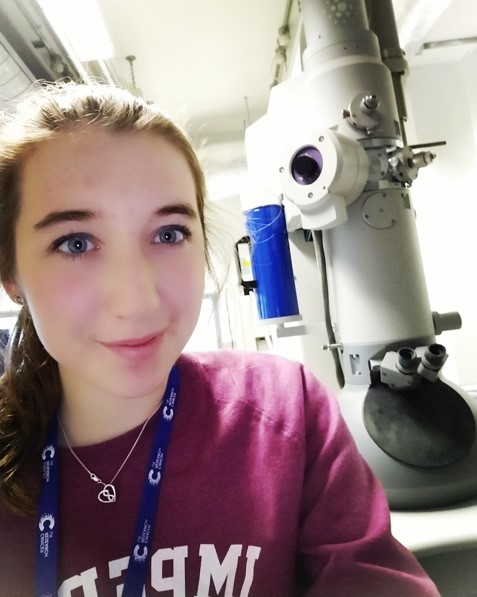 I put all my energy into my A2 exams  – I was not going to fail Chemistry again. No way. I couldn’t. Battling depression and an eating disorder whilst trying to negotiate A-levels is a struggle I am not alone in having faced. The fact that everyone pins the rest of your life’s success on your state-of-mind in an few exams as a teenager is absurd. As a result, my perfectionism became compounded by the constant fear that my illness was causing me to fail forever.

I finished my exams and thankfully managed to get into Imperial to study Biochemistry. I wasn’t pleased as such, I just felt like I was back in control. The truth is I wasn’t in control, the eating disorder was, and it was exhausting. Without needing to hide anything from my parents at university, my disordered behaviour drastically worsened even in the first month. By Christmas of my first year, my body was just too tired and undernourished for even the most basic tasks. I spent more time planning how to skip meals than making friends. The weight continued to go down and the anxiety of putting it back on increased at an alarming rate. During the three years of my degree there were times that I didn’t live, I just existed.

Then I started running.

It was a bad, obsessive, dangerous decision made out of desperation to “burn calories”. Right there, my eating disorder, the thing committed to destroying my life in a war of attrition against my own body committed its gravest mistake.

Running became my greatest weapon against the eating disorder. It gave me a chance to escape and feel peace that I hadn’t felt since the accident. I felt a glimmer of hope that I was still in there, just exhausted from constantly fighting.

Running is far more important than a number on the scale, far more beautiful than the inside of my bedroom, far more freeing than depression

It wasn’t a quick fix, for several months I was still seriously restricting my food intake.  My therapist advice (which I foolishly ignored) was for me to stop for a while. It was as though running was being used as a bargaining tool for my happiness, the eating disorder would let me enjoy it because I was burning calories. On the run I felt the happiest I had been in a long time, like I could breathe again. I would tell myself I could beat it but then as I stepped through the front door after the run, the eating disorder was back in control.

Each mile I clocked, the eating disorder’s grip started to weaken.

The endorphins from the run stuck around longer as did the time between finishing the run and feeling the eating disorder take over. That extra boost helped me engage better with therapy. I cannot pinpoint when it happened, but I was no longer running because I had to, I was running because I wanted to. Around that time, I started my PhD and, between the running and the science, I gained a sense of purpose and fulfillment that my depression and eating disorder had stolen.

Now I feel like I know the difference between running because the eating disorder wants me to and running because I want to. Sometimes the urge is difficult to resist, but the very notion of recognition shows me I am more in control then I have been for a while . In those circumstances, I make a conscious effort not to run.

I am still a perfectionist, it’s what makes me who I am 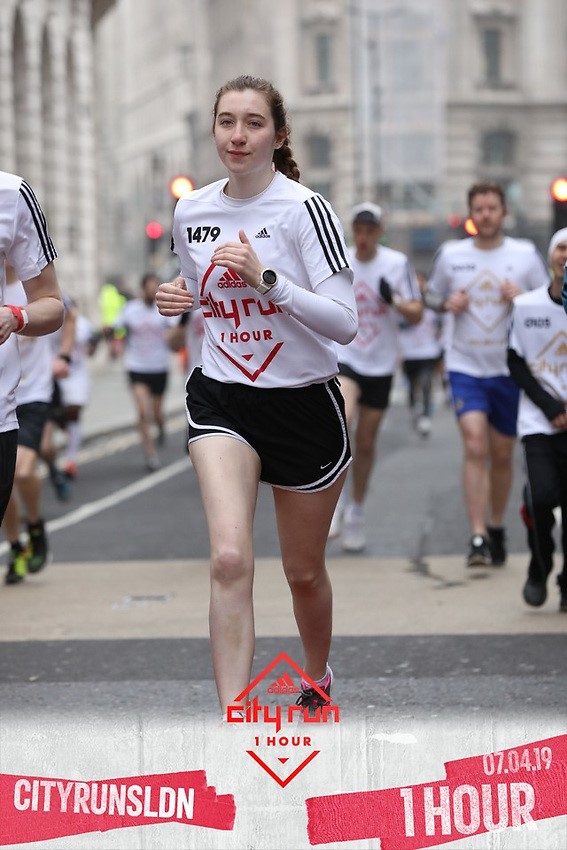 I cannot and would not change it. Perfection doesn’t mean I am never good enough, it just means I will always try to better myself. That expectation gives me motivation, but I need a sustainable coping mechanism.

My eating disorder was a terrible coping mechanism for anxiety, running is far better. The tension in my body appears to just fall out through the rhythm of the run. Running is far more important than a number on the scale, far more beautiful than the inside of my bedroom, far more freeing than depression.

I still have depression and anxiety but running allows me some time to appreciate the world and the little beauties of nature which are often so hard to notice. Running showed that despite the battering my body, mind and confidence has taken in recent years, I can beat it. But it isn’t doing the recovery for me, that’s me. I am fighting this battle every single day, fighting the urge to skip a meal, to stay in bed and not go to the lab, to feel hopeless or panic and the fight isn’t over yet.

I have learnt that by concentrating on perfection I was missing the enjoyment of the journey to get there and I’m slowly learning to be proud of every milestone as I get better. My first race, my first week without skipping a meal, my first training half, my first time using an electron microscope, and next year I hope to run my first marathon. I will drag myself out of bed for a 10k run to prove that just because I have a diagnosis of depression, anxiety and an eating disorder, I am still a capable young scientist who will one day be free of her diagnosis.

Running is my greatest friend in recovery.

A silent supportive friend who gives me the space to help process and organise my thoughts into something vaguely comprehensible and then gives me the energy to tackle them full force. Through it I’ve met many supportive, loving and wonderful friends who I couldn’t imagine life without. It has given me the confidence to take on new challenges and shown me that your diagnosis is not your defining characteristic.

In my darkest hour, my eating disorder tried to use running to destroy my life. It failed. Running showed me recovery is possible.

PhD student either in a lab, with a microscope or out running