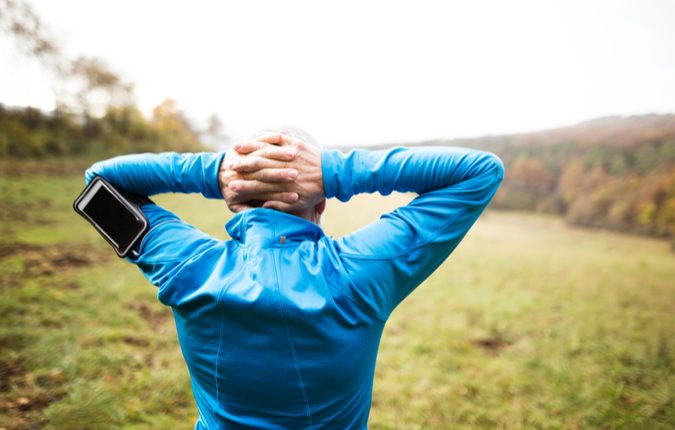 Running Rings Round my Mental Health

This is who I am

Yes, I am normal. That is what I have come to realise during the course of the last 8 years. I am not the odd one out, I am not crazy and I am not useless. I am a man with mental ill health, who sometimes thrives with my depression and anxiety and who sometimes just survives.

But I have not always felt normal, far from it. I had my first recognisable brush with depression more than 25 years ago, whilst studying at university but I just did not understand it at the time. As I look back now, I realise that the symptoms were there much earlier in childhood but that is for later. There were all the classic feelings: failure, worthlessness and the pervading sadness and emptiness. I was not like my friends, happy and outgoing. I did not see myself as normal. I was odd and I did not fit in. This episode meant that I had to re-sit my second year at university and because there was little recognition at the time of mental illness, I was seen as a shirker and lazy.

It was 7 years ago that things finally came to a head; that I reached rock bottom, that life changed. I was overwhelmed, my anxiety was off the scale and suicidal thoughts were coming regularly – one sharp turn of the steering wheel on a motorway to another meeting would do it. I was in crisis, a complete breakdown was happening and had things not changed dramatically, I would not be here now. I count myself very lucky that I had my family in the shape of my wife and my sister who intervened and I genuinely believe saved my life.

I was signed off work for 6 months with this severe depressive episode but it was a turning point for me. I had intensive treatment at the Priory in Roehampton and finally began to talk, slowly at first – it took me six session of group therapy before I said a word! I had begun to understand that this was an illness and something that I could fight, as I would a physical illness; I met other people who had the same feelings as I did; I met others who understood the thick fog, the black dog or whatever name we have for depression. I realised that I was not odd, not strange, not a loser. I am the 1 in 4 who experience a mental health problem in any year.

Yes indeed and most importantly I realised: I am normal.

My Mental Health and Exercise

I battle my anxiety daily and I don’t always win. I recognise my triggers for my depression and yet I find myself lost in the fog many time. I battled hard for a number of years to recover. I have done talking therapy; I have been on tablets ever since the breakdown; I have tried mindfulness (although unsuccessfully!) and I have even taken up gardening and growing my own fruit and veg. Despite all of this, I did not feel a huge change in my overall mental health. I was flitting from one episode to another and nothing was really changing.

Then I rediscovered exercise and the positive effects that it has had on my mental health have been immense. I played a lot of cricket when I was younger and was reasonably fit, as I was always active; going to the gym, five a side football, squash, you name it I did it! However, my illness led to me giving up cricket – the pressure I put on myself to perform led to greater and greater anxiety and I stopped enjoying it. In addition, my depression meant that I just lost the drive to do anything, so I just gave up exercising and I just stagnated.

I have discovered something that has helped me manage my mental ill health better, given me another coping mechanism and help me gain some of my old spark back.

A cartilage operation in my left knee and a subsequent fitness assessment that told me I was overweight helped to change this. What started as a way of improving my physical fitness so that I could keep up with my daughters and enjoy their childhood years has helped to improve my mental health immensely. It should not have come as such a surprise that they were linked, after all it is health. During treatments my doctors continued to extol the virtues of exercise in improving my mental health but I never really took much notice – I wish I had taken notice!

I had taken out life insurance when I moved home and the provider has benefits to help you get healthy, such as 50% off gym membership, so I joined and started to go regularly, 3-4 times a week doing classes, weights, cycling and when my knee had improved enough, my bête noir at the time, running. I had as a youngster a loathing of running but I soon discovered something; Running gave me some headspace and discovered my ‘mindfulness’! I found myself switching off completely on the treadmill and just thought about putting one foot in front of the other, as well as not falling over from exhaustion at that stage.

Soon I wanted more, rather than just jogging on a treadmill indoors. So I undertook the couch to 5K programme and the combination of a goal and being outdoors was perfect. I stuck with the programme and completed my first 5K race at the Olympic Velo Park in Stratford and what a buzz that was. As I crossed that line I was Mo Farah, just 20 minutes slower and totally out of breath! But I had found something else…the feeling of success and the added endorphins was brilliant and I felt alive again! 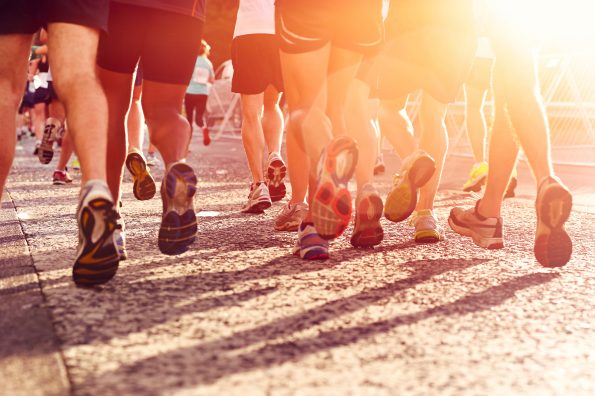 I cannot say running has cured my anxiety and depression; if only it were that simple! But I have discovered something that has helped me manage my mental ill health better, given me another coping mechanism and help me gain some of my old spark back.

I am not a sociable runner but that is due to my social anxiety more than anything. I pop in the earphones, put on my music and head off by myself but I think that is the point of it for me. I have time to myself, I do not have to worry what others are thinking of me, I am in nature and I don’t worry about anything (other than that damn steep hill coming up). I have found that I could truly relax. Even when it hurts and I am pushing as hard as I can, I am still at ease with my thoughts in my space.

I am still fiercely competitive and set myself tough targets and this has actually added to the enjoyment. I now do Parkrun every Saturday, do some 10k races throughout the year and I am now looking at greater challenges, whatever they may be. Physically I am as fit as I have ever been; I lost all the excess weight that I set out to do at the beginning and now my children struggle to keep up with me.

I guess that is the real success for me of all of this – the physical fitness is brilliant and something that I am proud I have achieved but, in the end, it is simply a positive side effect of my continuing fight and recovery in my battle with mental ill health. Long may I continue to enjoy running rings around my anxiety and depression.