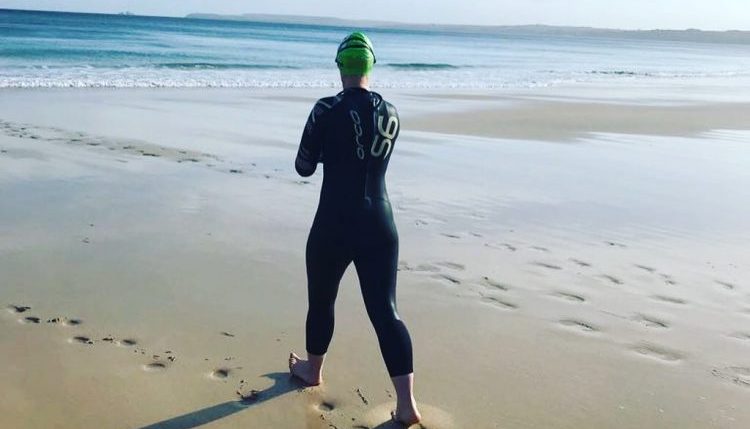 I’d never really been one for exercise. It just wasn’t much of a priority. P.E at school was netball and hockey, both much less appealing than smoking cigarettes and hanging out with boys in the park. Subsequently my late teens were a blur of all night warehouse parties and ecstasy, my twenties, work parties and booze. With no recognisable health issues (on the outside anyway), I partied. Hard. Never once did it occur to me that my mental health might be suffering.

When I fell pregnant at 31 the parties stopped. All was well until my wonderful, impatient daughter decided she was eager to meet us and I went into labour 8 weeks early. She was born by emergency c-section at 32 weeks, tiny and fragile. The trauma of her birth is still as raw and painful today as it was 11 years ago, perhaps more so. I didn’t bond with my daughter – quite simply, I wasn’t able. I wasn’t ready. For a year i went through the motions of being a mother. I loved her desperately, at the same time as being completely and utterly terrified of her. I was bereft of my old existence, everything had changed overnight. Why didn’t anyone warn me!? I was scared and lonely, trapped inside my head, alone with a baby for most of the day. So I drank. Secretly. I drank to push down the feelings of shame and guilt and fear. It is a year I never want to repeat. They were dark dark days.

The post natal depression returned with a vengeance. I was full of dread and self loathing again, so I drank. Eight months later I found myself in a psychiatric hospital. 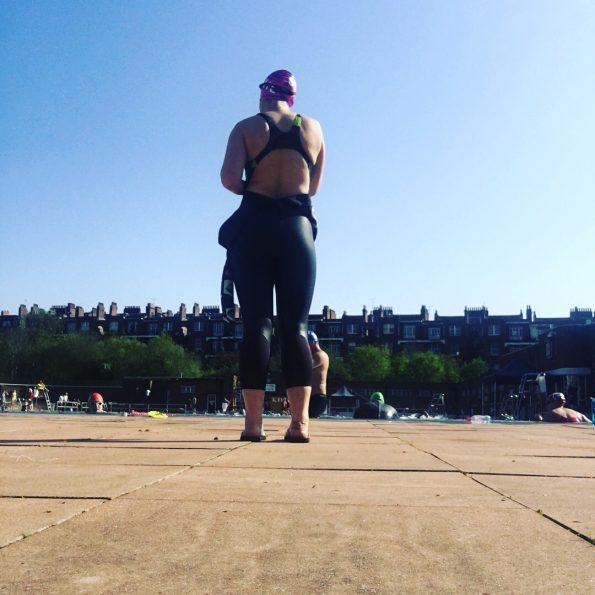 My son came along almost 3 years later. Much less drama, everything seemed as it should be. I felt that I had dodged a bullet. But then, 4 months later, suddenly without warning the fear of impending doom came back. Just as quickly as the PND had left, it returned with a vengeance. I couldn’t cope. I was full of dread and self loathing again. So I drank. 8 months later I found myself in a psychiatric hospital. I haven’t had a drink or a drug since 2010 and apart from the occasional tough day, the depression has not returned.

In 2013 my partner discovered Triathlon and a local bootcamp. they transformed him physically and mentally. Fitter and healthier, he looked and felt great and I found it infectious. I signed up to and completed the super sprint distance at Blenheim Palace in 2016. I finished it, I may have been one of the last women running up the final strait – but i did it! It gave me a huge sense of accomplishment.

I had swimming lessons before the Triathlon, having previously only ever doggy paddled around a hotel pool after too many cocktails, and 1 month before had been unable to swim the length of our local 60m Lido. But I knew that I could do it – I knew that if I trained hard enough I would be able to make it and I fell in love with it. The Lido has become my happy place. I have just completed my first winter season. Swimming, outside in cold water does something to my brain as well as my body. There is something insanely reckless and wonderful about pushing yourself to the pool in driving rain or snow to immerse yourself in water that is sub 5 degrees. There’s a strong community there too, Especially among the winter swimmers, its like a secret club – the channel swimmers, the lady in the flowery swimming hat, the guy in the incredibly loudly patterned jammers, divers, jumpers and toe-dippers – all sorts. Winter season was a great opportunity to meet people. Sometimes the pool would be empty, but the sauna was always full!

The irony of giving up one liquid, only to immerse myself in another is not lost on me.

One of the most difficult parts of becoming a parent – for me – was the loss of identity. The loss of self. I found myself in a rut. Parenting, working and sleeping – not necessarily in that order and nothing else. Swimming has given me something else. 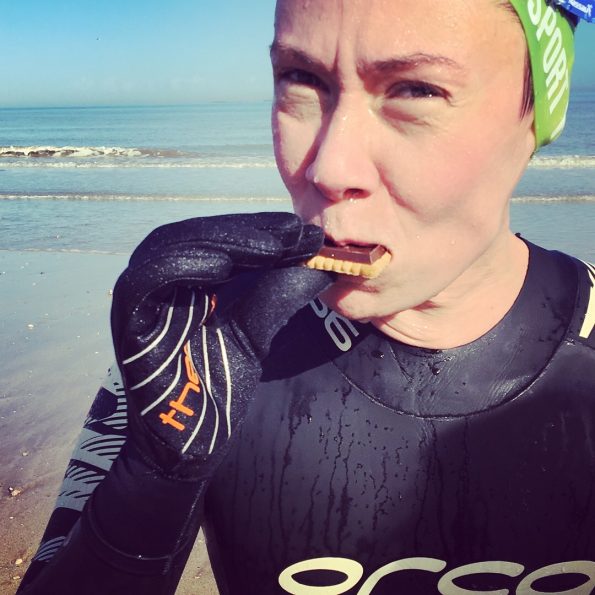 My life is very full. Its busy and noisy and can be overwhelming. I often crave silence and stillness, outdoor swimming gives me that. While I am in the water – its cool and quiet, my mind becomes quiet and still. I think only about my breathing and my stroke. its meditative. Since giving up drinking, I don’t have the choice to automatically reach for a glass when things are tough, or equally when things are great. So I reach for the pool. When I get in the water it washes my cares away. The irony of giving up one liquid, only to immerse myself in another is not lost on me.

This year i’m signed up to swim the length of Coniston Water in July (8k) and I have a 4 day SwimTrek holiday booked in the Slovenian Alps in August. I have my sights on a Windermere one-way next year (18km) … and who knows what else. For the first time in my 44 years I feel like I can achieve anything.